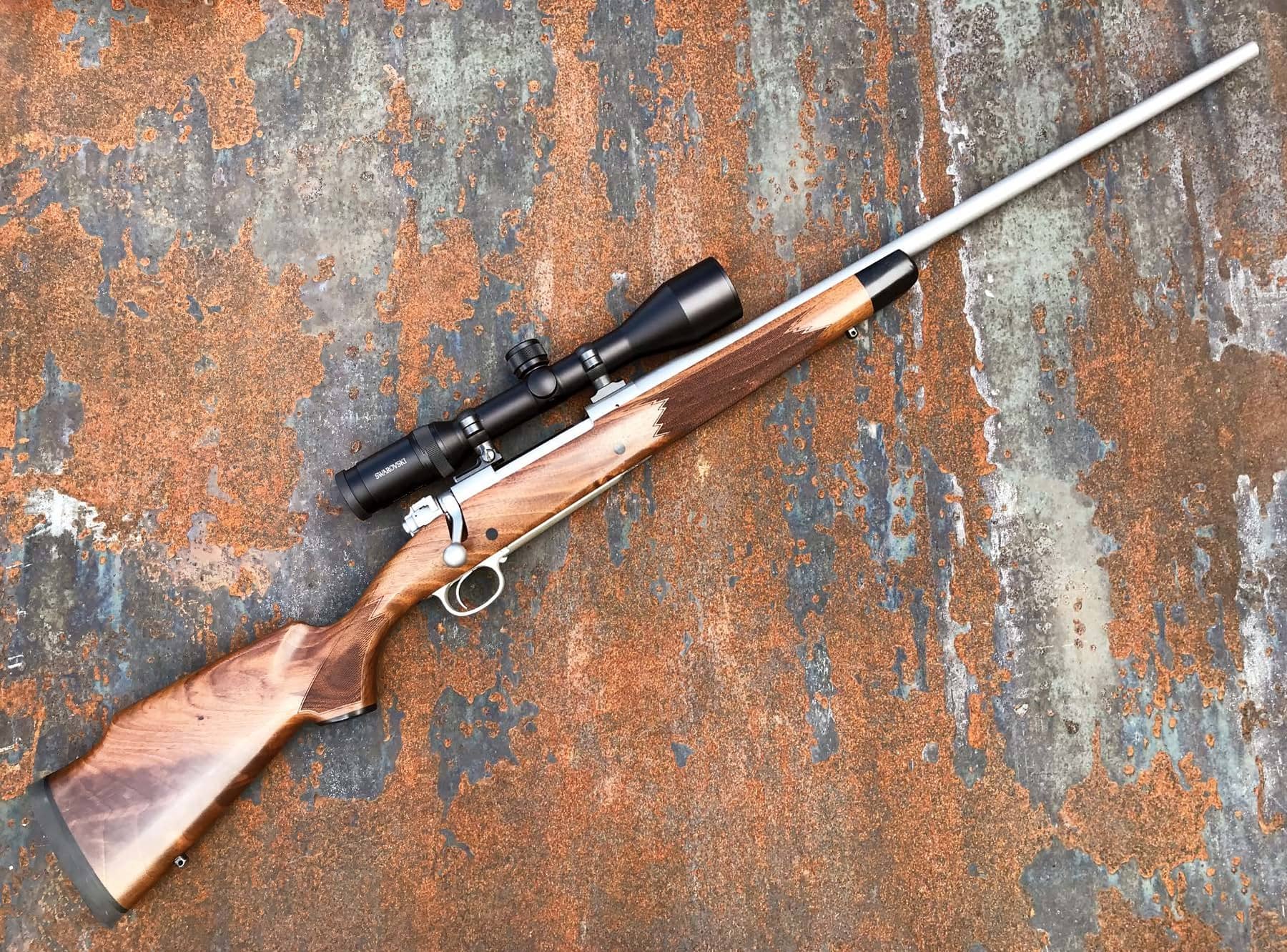 In the not too distant past, rifles were made only with the heft of steel and walnut. Montana Rifle Company’s American Legends Rifle has revived that tradition with its Model 1999 action in a Turkish walnut stock. The Legends is available in short- or standard-length, left or right-hand actions made of blued chrome-moly or stainless steel. The stock features a long and full forearm, slender grip and raised comb.

Montana Outdoor Group bought Montana Rifle in 2018 from Brian Sipe, the founder and owner. New machinery is in place, which has brought manufacturing of its flagship Model 1999 action in-house to Montana Rifle’s factory on the outskirts of Kalispell, Montana. Barrels are made next door at the Montana Custom Barrel division.

The Model 1999 is a true controlled-round action. For a cartridge to chamber, it must first be snapped into the magazine for its rim to slide under the extractor as the cartridge is pushed forward by the bolt. (The extractor will snap over the rim of a cartridge placed loosely on top of the magazine follower, but so much downward force on the bolt handle is required that it might break the extractor.) The rifle always grabs a cartridge out of the magazine, holds onto it like its first dollar and shoves it into the chamber with the rifle sideways, upside down or up or down.

The Model 1999 action is very similar to a controlled-round feed Winchester Model 70 with a few innovative features. Both actions have comparable profiles and flat bottoms with a large integral recoillug. The left locking lug on the Model 1999 is dovetailed and rides in a raceway within the receiver to keep the bolt running straight and smooth. The 1999’s bolt sleeve includes a Mauser ’98-style flange to deflect escaped propellant gases away from the shooter’s face in the unlikely event a case ruptures. The bolt body and handle are one piece.

The trigger will likely never seize up, unlike enclosed triggers that refuse to work when horse sweat or water seep into them and freeze. The trigger is adjustable for weight and overtravel. Montana Rifle states its triggers are set at 3 to 3.5 pounds. The trigger pull was 4.0 pounds on the Legends I tested, with no creep or overtravel – I left it alone. The trigger pull was 2.5 to 3.0 pounds on four older Model 1999s I’ve shot. “We’re also making the triggers here in Kalispell,” said Tom Folkersen, sales and product service manager for Montana Rifle.

The Legends I’ve been shooting is chambered in .270 Winchester and is the ALR-SS (stainless steel) model. All the metal is brushed “satin” finished right down to its one-piece trigger guard and magazine floorplate. The magazine holds five cartridges.