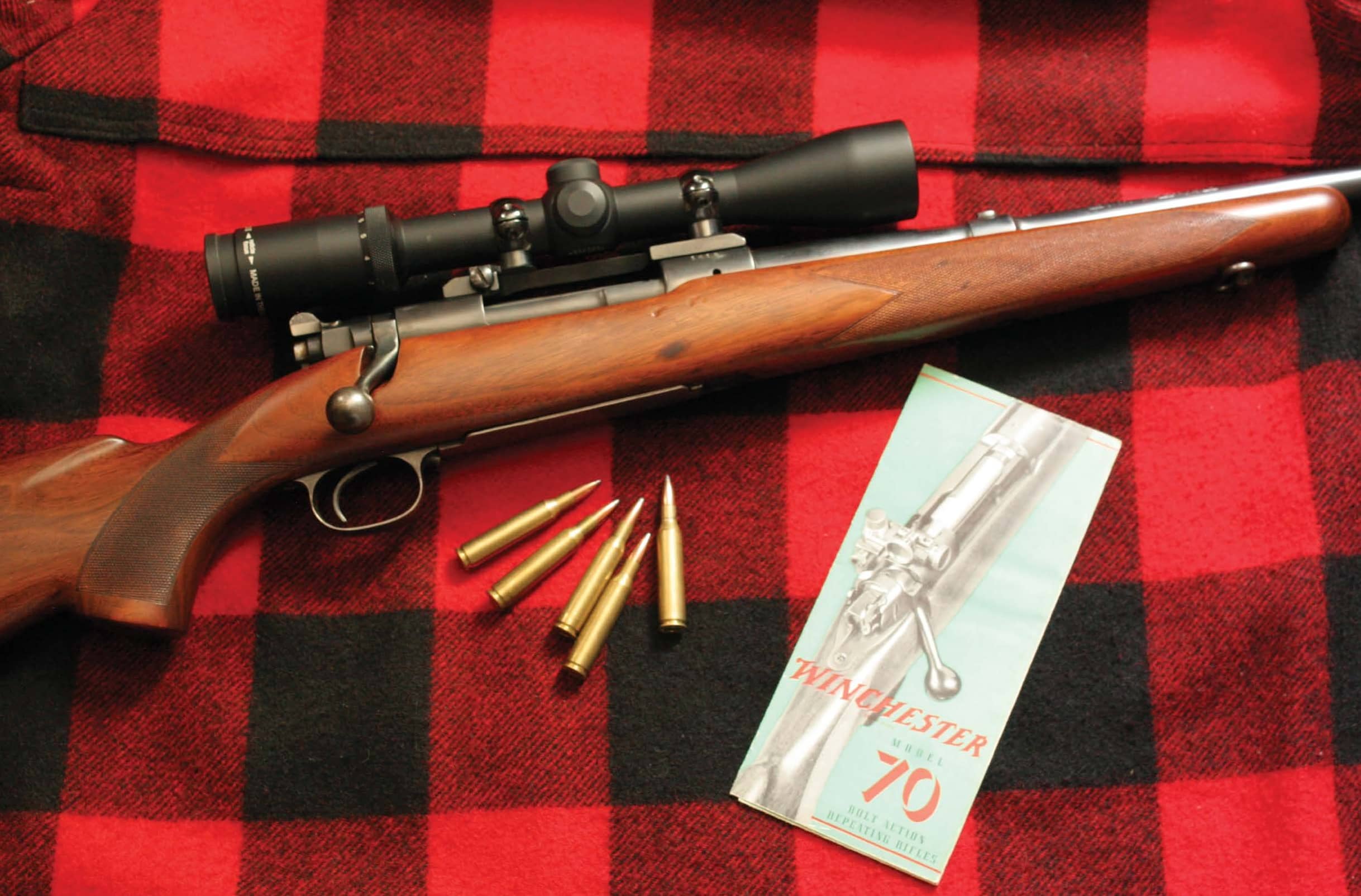 A Favorite Cartridge for Western Hunting

John Barsness
When Winchester officially announced its new Model 70 bolt action to the public on January 1, 1937, it also printed a big color brochure explaining the rifle’s improvements, along with a list of Winchester ammunition in the nine initial chamberings. Three cartridges – the .22 Hornet, .220 Swift, and .257 Roberts – were designated Super Speed, though only the Swift was really swift. The .22 Hornet’s 46-grain bullet was listed at 2,625 fps, and the fastest .257 Roberts load was an 87-grain bullet at 3,200 fps.

Remington had introduced the commercial version of Major Ned Roberts’ .25-caliber wildcat in 1934, calling it the .257 Remington Roberts, apparently, because it changed the sloping shoulder angle of the wildcat to 20 degrees – the same as the 7x57 Mauser, the case Roberts modified in the first place. When Winchester started chambering the same round, the company called it the .257 Winchester Roberts, even though Remington ammunition worked in Winchester rifles, and vice versa.

My copy of the brochure came from an ad on an internet site, purchased because of also recently purchased a very early Model 70 in .257 Roberts. The rifle’s serial number indicated it was made in 1936 – to build up inventory before the public announcement. 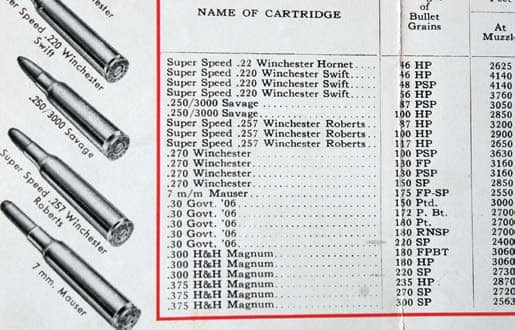 I am not as big a fan of the pre-’64 Model 70 as some friends, one of whom (to paraphrase noted philosopher and football coach Vince Lombardi) firmly believes the pre-’64 is not just the best bolt-action rifle, but the only bolt-action rifle. That said, I have owned several over the decades, including a .264 Winchester Magnum “Westerner” and a .300 Holland & Holland.

Luckily for me, minor changes had been made to the .257 after it left the factory, most importantly three extra holes for 6-48 screws. “Prewar” Model 70 actions, made before production was suspended in 1942, had two 6-48 holes on the left side, near the rear, for receiver sights – or a rear scope base (not an uncommon arrangement in those days). There were two more holes on top of the action ring for a front scope base, or the rear mounting block for one of the era’s long target scopes. 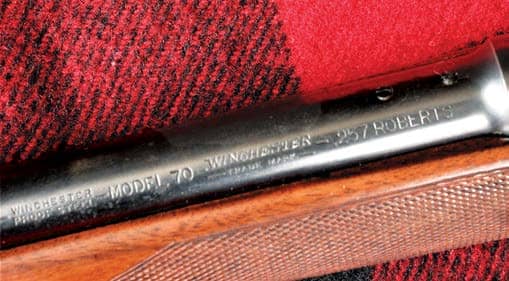 Back then, many front target-scope blocks were designed to fit the rear-sight slots of rifles, but apparently, an early owner preferred a screwed-in front block, since two precise holes were drilled just in front of the sight slot (filled by a steel blank with “Marbles Gladstone Mich USA” stamped in tiny letters). A third extra hole was drilled in the action bridge to accommodate the one-piece Redfield base and rings that came with the rifle. Due to the extra screw holes and missing rear sight, the asking price was about half of an unaltered prewar .257 in the same condition – meaning I could afford it.

Inside the pamphlet are several short essays on the Model 70’s nifty features, including one on the “New Safety Lock:” “This is located on top at the rear of the bolt. The lever operates on the horizontal plane instead of a vertical one, [so] consequently does not interfere with a low-mounted telescope sight.” I knew this original safety got changed after Winchester restarted Model 70 production in 1946, which made me wonder how the gun writers of the day regarded the new rifle.

My library of firearms literature includes several books published during the decade after the Model 70 appeared, and three contained specific reviews of the new rifle. The earliest appeared in 1937, in Philip B. Sharpe’s The Rifle in America: 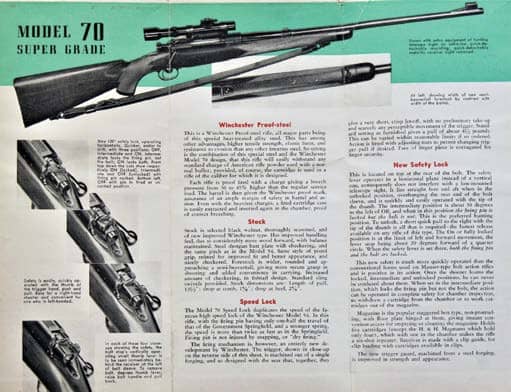 “[The safety] is by no means an ideal proposition and happens to be this author’s only criticism . . . It is so designed that when a telescope sight is mounted low on the receiver [the safety] is extremely difficult to reach . . . The mechanism . . . retracts the firing pin so there is no pressure on the sear. At the same time, it locks the bolt handle. In the 45-degree [middle] position the firing pin is still locked but the bolt can be opened. Many a shooter, including this author, carries [the] rifle in the 45-degree position. It is easy to snap off with the thumb . . . with a motion similar . . . to cocking an ordinary hammer rifle.”

This resembles the “backward” motion of the safeties on CZ rifles, which so many American shooters criticized that CZ changed its centerfire safeties some years ago. More recently, it also made the safety of the new 457 rimfire rifle a “push-forward.”