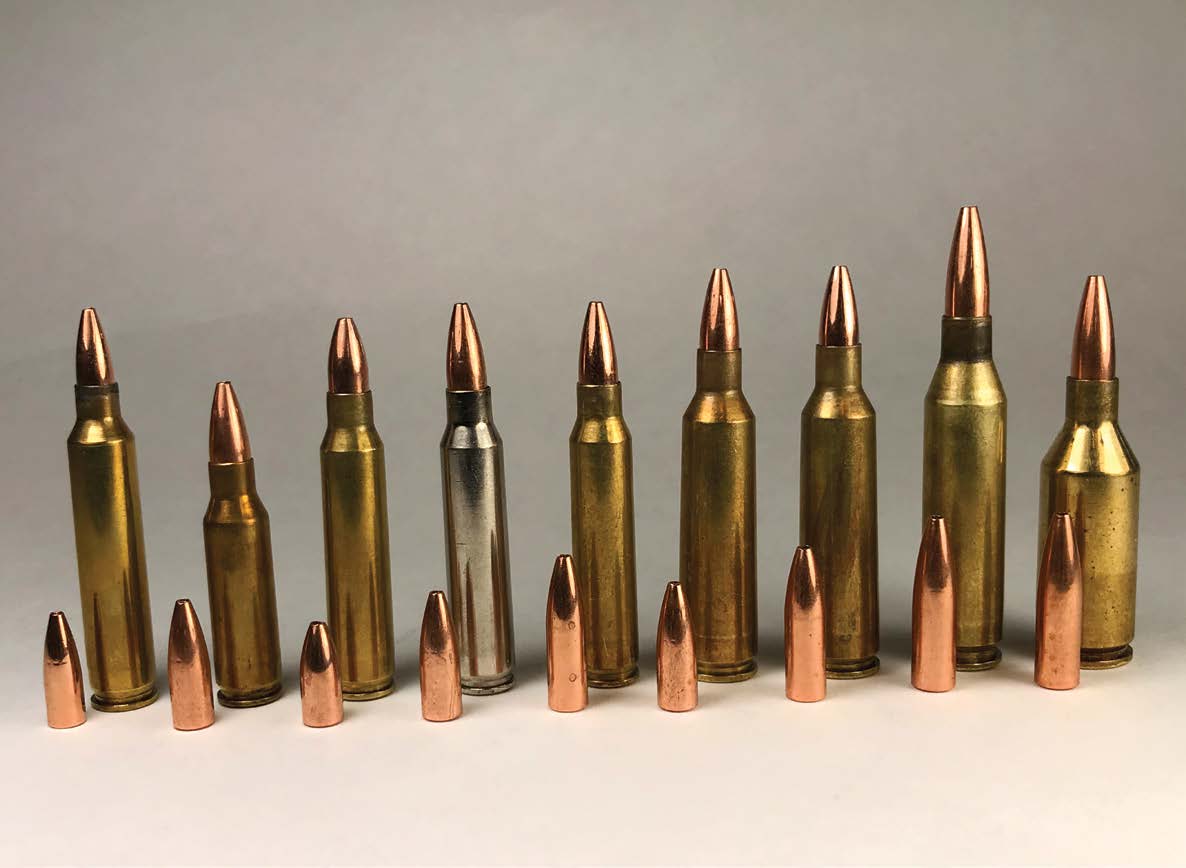 Back in 2007 Barnes Bullets introduced its Varmint Grenade (VG) bullets made with a copper/tin powdered metal core surrounded by a gilding metal jacket. VGs were mainly intended for shooting in areas that require lead-free bullets. However, because they shoot so accurately and instantly fragment on contact, the bullets have become popular everywhere game from ground squirrels to coyotes are hunted.

VGs are traditionally shaped with a flat base and hollow tip. The bullets are made in .20, .22 and .24 caliber. Even with their flat base, the bullets are relatively long for their weight because of their copper/tin core. The length of the .20-caliber, 26-grain VG measures, .636 inch. In contrast, Berger .20-caliber, 30-grain Flat Base bullets measure .539 inch in length and 35-grain FB Varmint bullets are .606 inch. VG 36-grain, .22-caliber bullets measure .697 inch in length. In comparison, Nosler 40-grain HP FB Varmageddon bullets are similar in shape and measure .560 inch in length. All VGs except the 50-grain, .22-caliber version stabilize in standard rifling twists.

Other than in this magazine, handloaders don’t hear much about the .204 Ruger these days. The .223 Remington, with its vast array of bullets, has fairly-well eclipsed the .204 in popularity. Still, the .204 turned in impressive velocities with 26-grain VG bullets. Benchmark propellant fired bullets at 4,153 fps from the 26-inch barrel of a Remington Model 700 Varmint rifle. Ramshot X-Terminator was close behind with an average velocity of 4,100 fps. Extreme velocity spread with both propellants was close to 30 fps. LT-32 pushed four VGs with a velocity variation of barely 5 fps. The fifth round, though, went wild with a velocity 170 fps higher. The bullet from that cartridge landed an inch outside an otherwise tight group. X-Terminator was the clear choice in the .204. Erin Nelson, who owns the .204 Ruger rifle and did the shooting, said the .61-inch group with VGs and X-Terminator was the tightest group his rifle has ever produced. 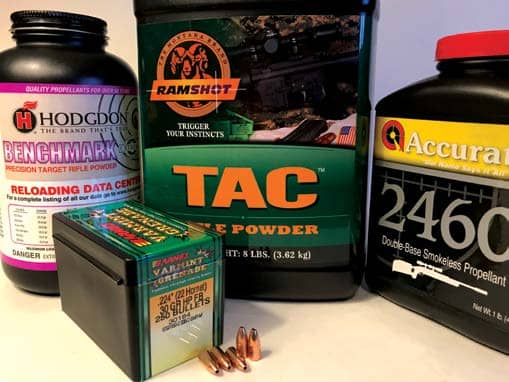