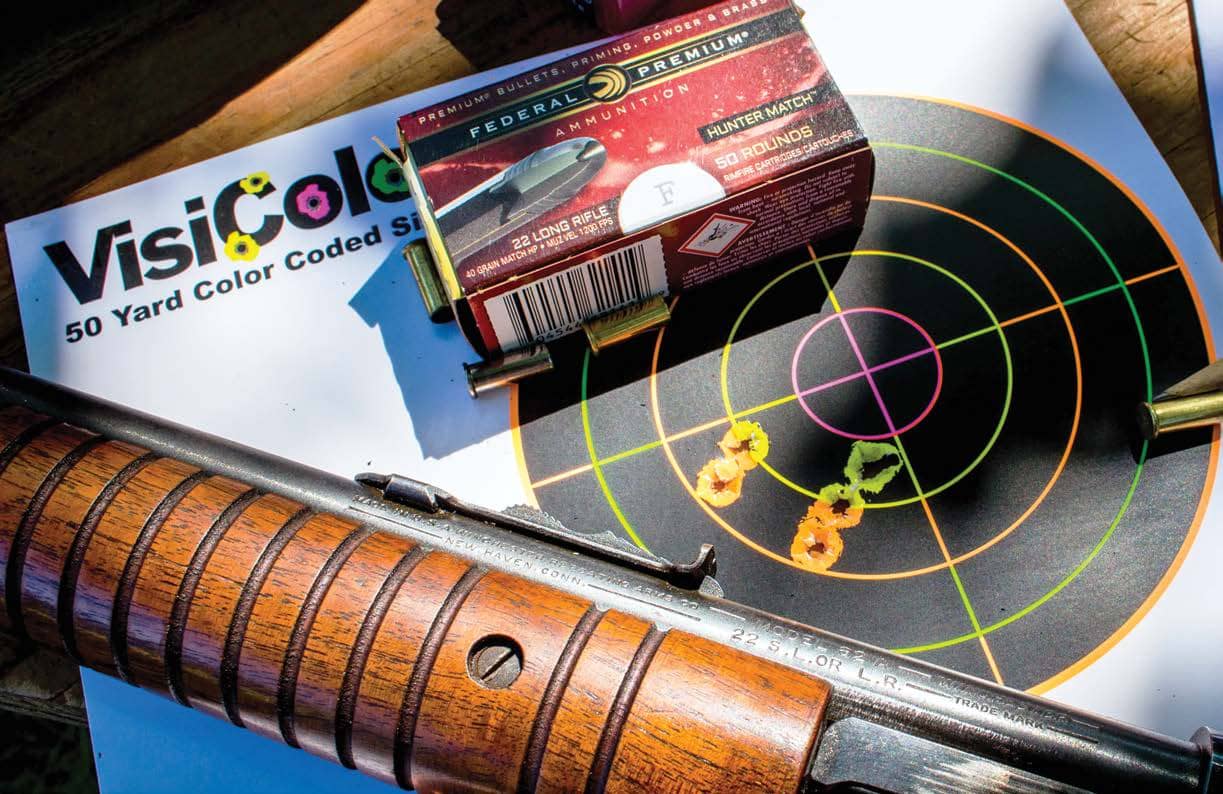 I was taught rifle marksmanship at a young age by my father and clearly remember being nervous to shoot in front of him, as he was, and still is, one of the best shots I know. I was started on his Ruger 10/22 Bicentennial, which he had scoped with a Tasco 3-9x, and once in a while we’d let a full magazine loose as quickly as possible, just for fun.

However, it was mostly precision training – shooting for accuracy. But it wasn’t that Ruger rifle of his that I liked best. Dad had this weird little pump rifle, like you’d see at a shooting gallery at the fair, with a hammer and a large nut that allowed the rifle to be taken apart. The first time he showed me how you just held the trigger back after the first shot and pumped the gun quickly, younger me thought that was one of the coolest things ever seen. But I also found that the little Winchester pumpgun was seriously accurate, and a ton of fun to hunt with.

Of all the models of Winchester rifles that come quickly to mind, the Model 62A is probably near the bottom of the list. I mean, after all, with competition like the Model 70, the Model 94, Model 73, 1885 and 1886, and the list goes on and on, a pump rimfire probably isn’t going to stand apart. But what a wonderful little rifle this 62A is! 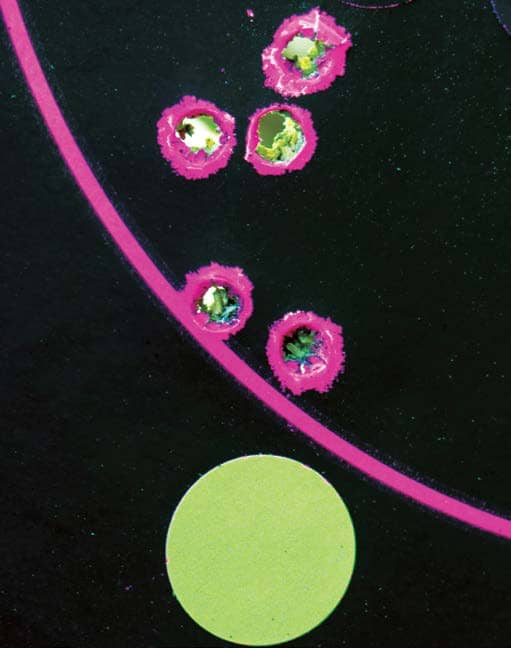 The Winchester Model 62A was the last in line of a series of slide-action, tube-fed rimfire rifles, which began with the John Browning-designed Model 1890, leading up to the Model 1906 and the Model 62. Capable of handling .22 Short, .22 Long and .22 Long Rifle cartridges, the svelte little rifle was easily handled by a young hunter or shooter, yet it was built nicely enough that an adult would and could carry it confidently. Using the various serial number lists available on the internet, Dad’s rifle was manufactured in 1943, the last year of manufacture until World War II had concluded. All in all, there were approximately 410,000 rifles produced – between the Model 62 and 62A – beginning in 1932 and ending in 1959.

The Model 1890 had the octagonal barrel and curved steel buttplate of the day, but by the time the Model 62A hit the scene, the smaller forend grew from 5.75 inches to a whopping 8 inches long, with 17 grooves on the slide for a positive grip. The buttplate was flattened out and was no longer made of steel, and the barrel changed to a tapered, round design. The same single action bar was retained throughout the series, and though there were minor modifications in the bolt and a change in the hammer spring – hence the change in model name from 62 to 62A – the feel of even the latest model of the rimfire slide-action rifle is that of yesteryear’s quality, and not that of a cutcorner, modern cheap rifle or some rifle where the only attractive part is the price tag. 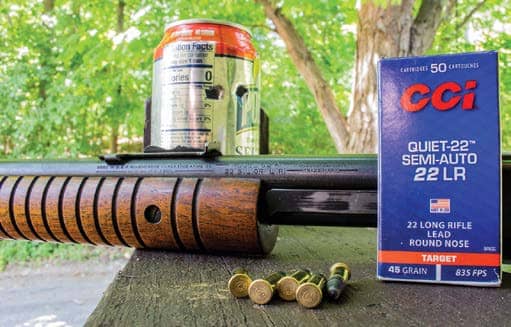 The test rifle is equipped with a 23-inch, tapered cylindrical barrel, a straight gripped walnut stock without checkering, an ambidextrous comb and an impressed buttplate with the Winchester Repeating Arms Co. logo. At an overall length of 39 5⁄8 inches, the rifle can be broken down into two parts of 26.5 inches for the front part, and 16.5 inches for the rear. This rifle weighs 5.5 pounds unloaded, and the tubular magazine will hold 14 .22 Long Rifle cartridges, 16 Longs and 20 Shorts. The magazine tube has a cartridge-shaped loading port long enough to accommodate a .22 Long Rifle cartridge. The exposed hammer is equipped with a half-cock position to prevent any jarring of the hammer to cause negligent discharge.