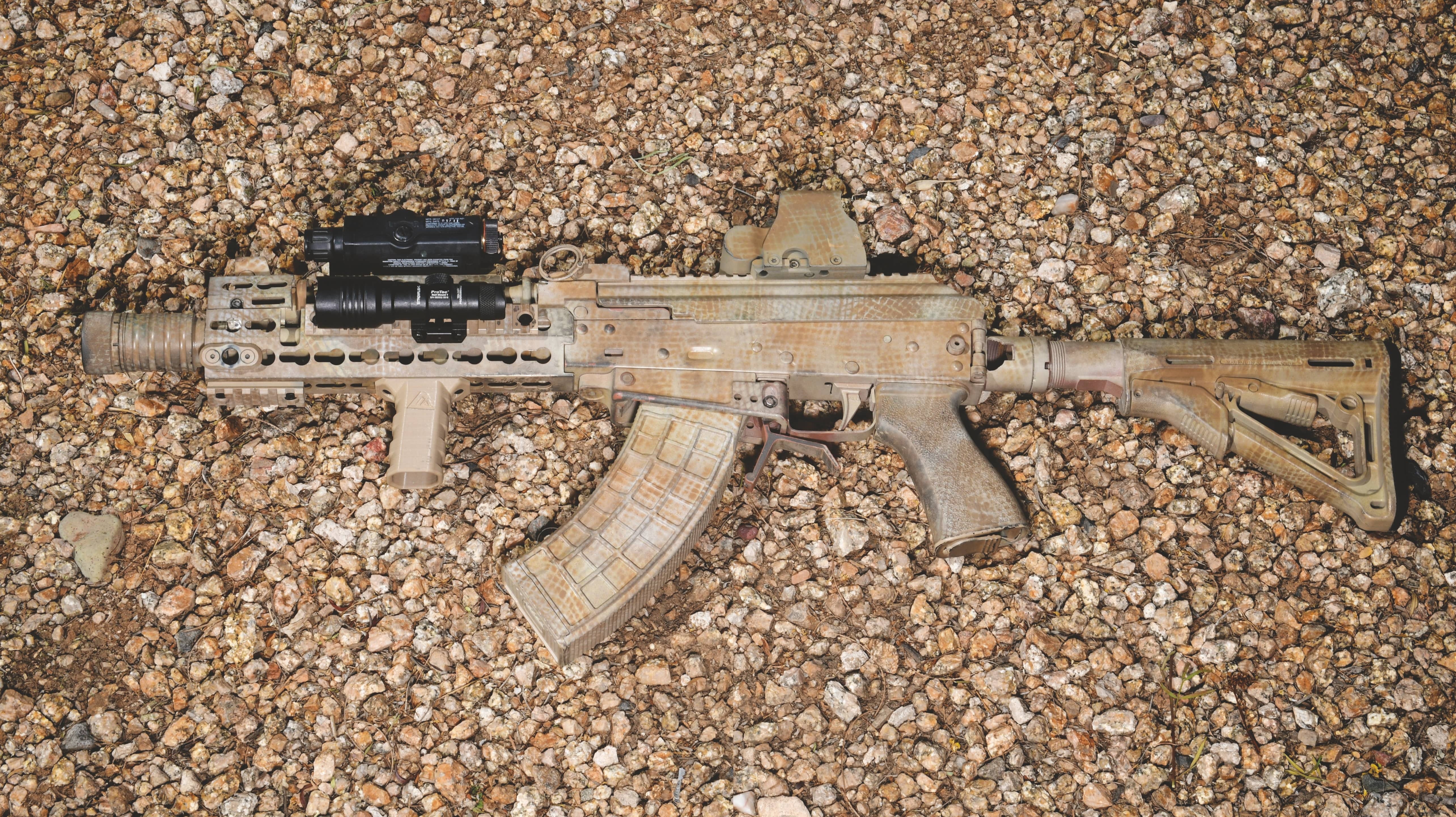 The joint special operations Kalashnikov: a look at the AKs of a new cold war

In early February of 2018, the headquarters of U.S.-backed Syrian Defense Forces — and their embedded U.S. advisers — came under heavy attack by a force of the Syrian Regime. U.S. forces successfully repelled the attack using a full suite of air support assets, including Apache helicopters, drones, AC-130 gunships, and F-22 jets. Initial reports after the battle indicated that among the dead were 100 Russians. In the following weeks, a variety of news sources from both the U.S. and Russia would double that number, citing nearly 200 dead Russian fighters — all of whom were believed to be working for a Russian private military company known as PMC Wagner. While Moscow never officially endorsed this version of the narrative, the Wagner brand has been popping up more and more frequently across Africa and Southwest Asia, leading some to believe we’re creeping into a next-generation cold conflict with the Kremlin.

Due in no small part to the Global War On Terror, the Kalashnikov and its many variants have been thrust back into the forefront of geopolitics. For most U.S. military vets, and fans of contemporary war movies, the image of the AK typically consists of dirty, brokedown rifles cobbled together by shade-tree gunsmiths in the Khyber Pass. Some of these guns are literally held together with duct tape and brass tacks. Other than their value as spectacle, these are unremarkable mutt rifles employed by fighters who believe that pushing the rear sight leaf to max elevation “increases the power” of the rifle. (That last part is something I was told directly by a host-nation soldier I was working alongside as a contractor. No sh*t, there I was …)

But those aren’t the guns that inspired this build. The growing presence of Russian shooters on the battlefield in the form of Spetsnaz operators and Wagner mercs has loosed a steady trickle of in-the-wild images highlighting how Eastern Europe’s best-trained soldiers are setting up and employing their AKs. It’s these pictures that birthed the concept of Project JSOK. This rifle isn’t meant to directly clone the rifles currently in use by Russian forces. Instead, it’s an “in the-spirit-of” build, meant to reflect how one of our longest-running political adversaries has brought the People’s Rifle to a level of advancement that gives entities like Wagner small-arms parity with our own forces. As Russian shadow forces continue to advance Kremlin policy throughout the third world, we expect that U.S. soldiers will find themselves up against JSOK-type AKs more frequently in today’s asymmetric warfare environment.

After scouring a variety of news sources from The Daily Beast to Grey Dynamics, the first known deployment of Soviet … err … Russian mercenaries to Syria was 2013, in the form of a company known as Slavonic Corps. Their job was to recapture oil fields on behalf of the Asad regime. Reports indicate it didn’t end well, with Slavonic Corps being quickly routed by rebel forces. When the contractors of Slavonic Corps returned home, they were arrested by FSB (Russia’s internal security service) under a provision that, officially, bans Russian citizens from mercenary service.