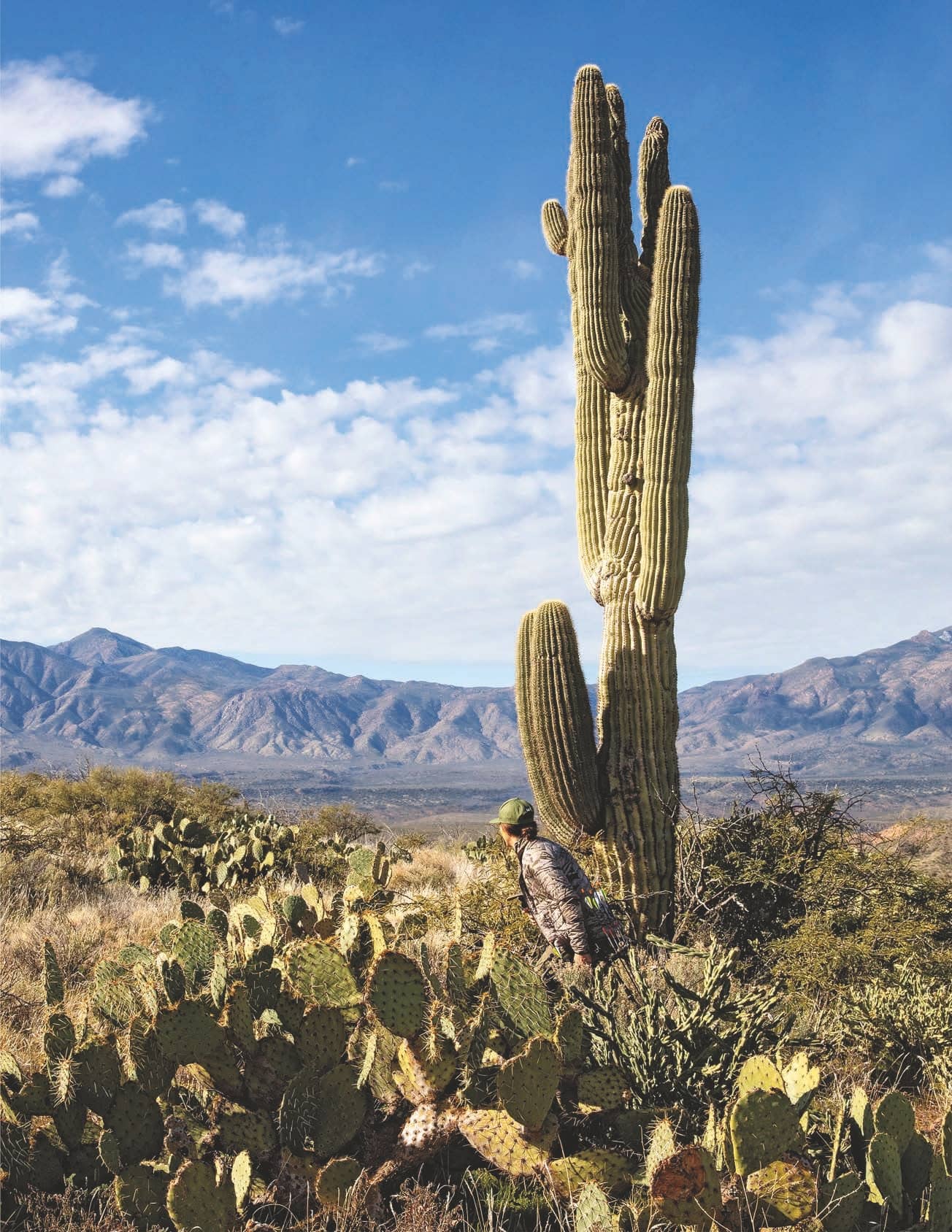 A new school of social-media influencers are giving hunting a fresh and decidedly female face. Food writer RACHEL LEVIN joins two rising stars of“Instagram” in the Arizona backcountry to chase mule deer for her first photographs by Jen Judgetime. Can she stomach what it takes to be an omnivore?

It’s a dry January, which means two things on this girls’ trip to central Arizona: we’re all skipping the margaritas tonight, and the river will be low enough for our Tacoma to cross in the morning.

Crowded into a booth at a Mexican restaurant in a small town near the edge of Tonto National Forest, swapping names and where-are-you-froms, we are a motley crew: two millennials wearing camouflage and eyelash extensions, an overalls-clad photographer who lives in an Airstream, and me, a San Francisco food writer soon to be out of her comfort zone.

Our server, Penny, flower pen poised over her notepad, is confused. “I have to ask,” she says, inspecting us through rhinestone-studded spectacles. “What are you ladies doing here?”

Rihana Cary, 33, and Amanda Caldwell, 32, friends who met on Instagram, look at each other. They’re used to this question. “We’re going hunting,” Amanda explains. “What? Four ladies hunting? All by yourselves? Well,” says Penny. “This is rather interesting.” She wishes us luck.

Apparently, we’re going to need it. What we have, I learn, is a late-season, last minute, over-the-counter, nonresident, archery-only antlered-deer tag on public land. We’ll be hunting mule deer: an animal that’s flighty and fast, with 310-degree vision, a sense of smell a thousand times stronger than ours, and ears twice the size of Alfred E. Neuman’s. The $300 tag will be difficult to fill—odds of success are just 10 percent. In other words, it will take serious luck to bag a buck in the next five days. But also serious skill, which these ladies definitely have. 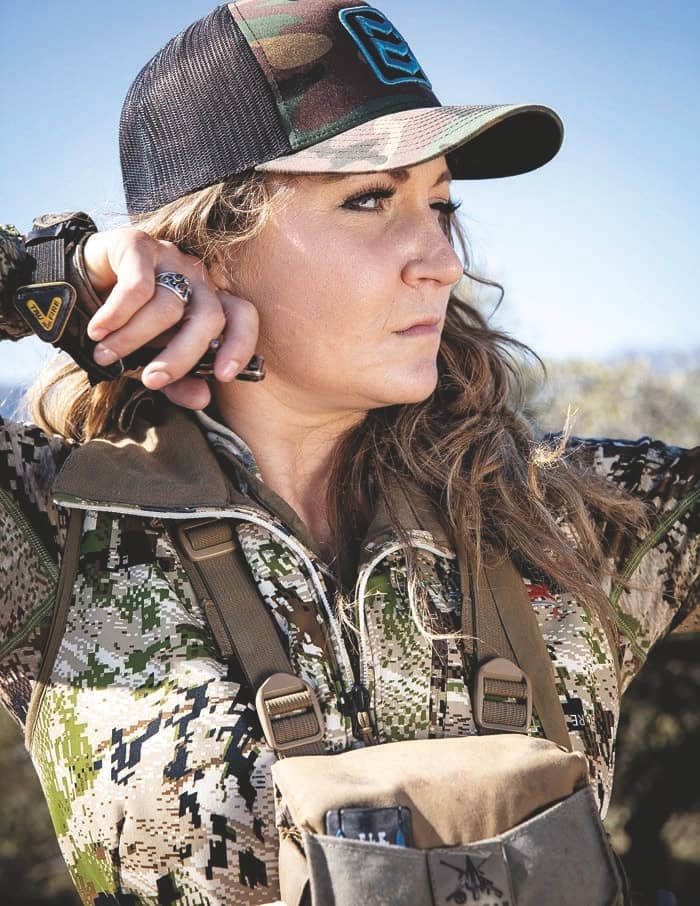 Ladies they don’t mind. Just don’t call them huntresses. “We hate that word,” says Rihana, who lives in Layton, Utah, and works as a marketing director for Mtn Ops, a company that sells nutritional supplements and clothing for hunters. “It’s too sexualized, like temptress or seductress. Why does everyone try to put us in our own category? We’re hunters”—like hikers are hikers and runners are runners. Amanda, a realtor from rural Montana, agrees.

The style of bow hunting we’ll be doing, called spot and stalk—spotting an animal from afar, then stalking it until we’re within shooting range—is popular on the vast public lands open to hunters in the West, and it’s much harder than, say, deer hunting from a tree stand, which is more common in the East. “There will be lots of highs and lows,” Rihana warns. “But if we do get a deer, it’s going to be epic.” 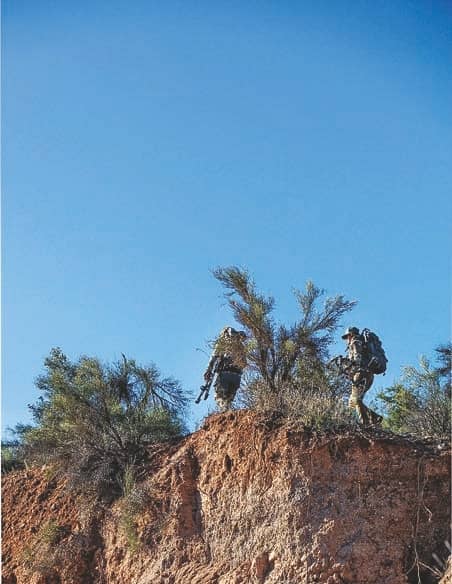 I want epic. I think. As a liberal, urban, coastal-living walking cliché, I care where my food comes from: I’ll pay for the precious $4 peach, the $8 carton of local eggs, and whatever my bougie butcher counter-charges for its organic grass-fed beef. But I have never cared quite enough to take it to the next level and harvest my own. That’s why I’m here, to fulfill my moral obligation as a meat-eater. To experience what it feels like to, if not kill the animal myself, at least watch it die. And then, you know, help dismember it before sitting down to dinner.

MODERN-DAY omnivores have long outsourced the dirty work, of course. And in doing so, we’ve created something even dirtier: factory farms and slaughterhouses. Things most meat-eaters like to ignore for the ease and inoffensiveness of picking up a pound of plastic-wrapped chicken breasts on the way home from work. 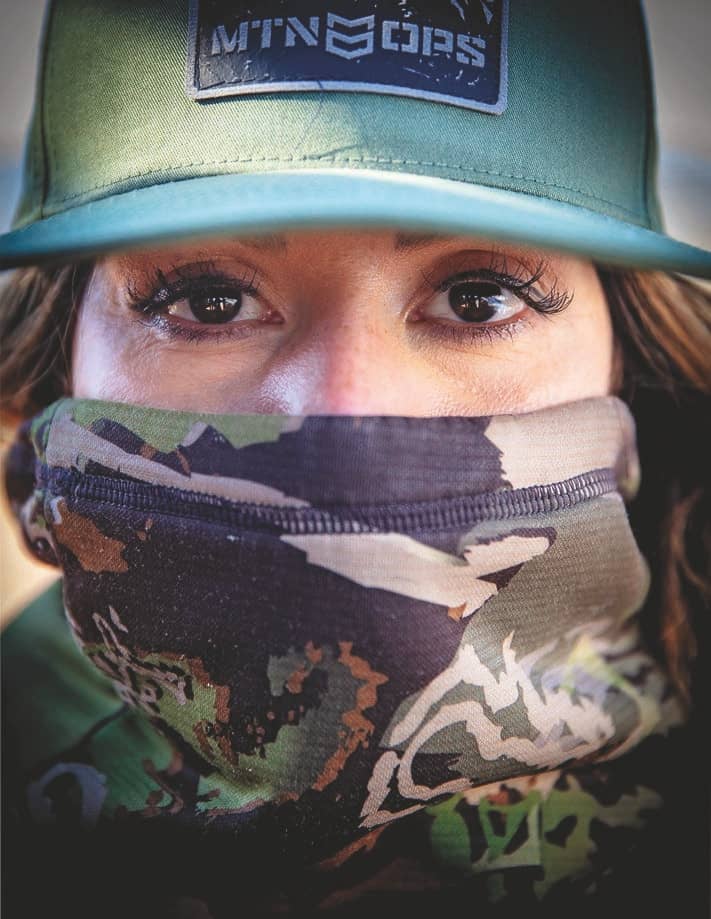 In 2004, David Foster Wallace wrote in Gourmet about lobster, though the same holds true for steak: “As far as I can tell, my own main way of dealing with this conflict has been to avoid thinking about the whole unpleasant thing. I should add that it appears to me unlikely that many readers of Gourmet wish to think hard about it.”

But today, food has come to dominate our collective conversation. “Who makes the best ramen?” is the new “It looks like rain,” and photos of Early Girl tomatoes get nearly as many likes on Instagram as photos of cute kids. At the same time, we’re increasingly concerned about the environment and climate change—according to the Food and Agriculture Organization of the United Nations, livestock contributes 14.5 percent of the world’s human-caused greenhouse-gas emissions. The result is our fervent desire to know the source of everything we eat, from our honey to our halibut. Consumer interest in sustainable food increased 23 percent from 2018 to 2019, according to a recent study by Tastewise, a data platform for the food industry. Harvesting your own meat is a way to opt-out of the distasteful aspects of factory farming. 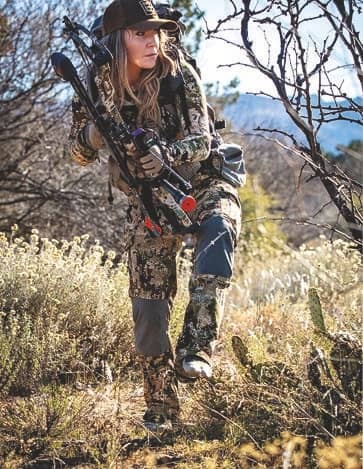 The global COVID-19 pandemic has only heightened our interest in self-sufficiency, from gardening to raising backyard chickens to hunting. While people panic about meat shortages, having the ability to secure your own supper is an attractive idea.

WE LEAVE OUR Airbnb and roll into the desert before first light. Everyone but me is dressed in top-of-the-line camo. Rihana wears Under Armour, which has sponsored her as an athlete since 2015. (The company started making women’s hunting apparel in 2011.) Amanda has on more than $700 worth of Sitka gear in Gore Optifade. I’m rocking a pair of baggy REI zip-offs circa 2006, which I pulled from the depths of my dresser because they were khaki, and a puffy jacket, which is lime green. (I know. It’s all I had.)

Clouds stutter across the sky as it glows gold. A thin frost coats the hard, reddish ground, crunching beneath our boots. Snow-dusted mountains rise in the distance. Rihana and Amanda, whose hair and makeup look better at dawn in the desert than mine would at a black-tie dinner, break out binoculars. They begin to glass a hillside across a broad, flat valley. Birds chirp. 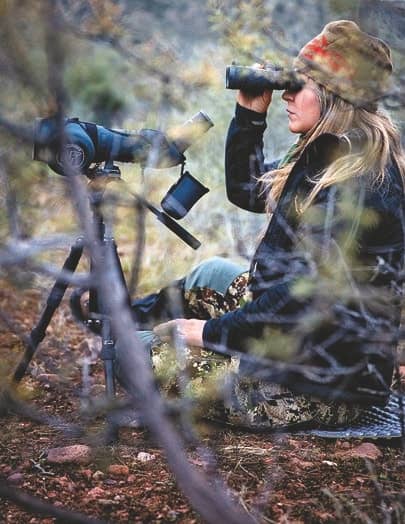 Coyotes take roll call. Otherwise it’s still and quiet, as it should be when you’re scanning for animals that have hyperacute hearing. Then I slam the truck door. Rule number one: “No slamming doors,” whispers Jen Judge, 48, the photographer for this story. Jen bowhunts, too. But without a tag, all she can do on this trip is glass. She’s goddamn good at it.

“I got deer,” says Jen, not long after sunrise, describing the animal’s location in the beige and sage landscape like she’s giving directions to a lost spa-goer in Scottsdale. “Left of the outcrop, left of the saguaro, in the drainage, in front of that tree.” Which tree? Rihana and Amanda sync up within seconds. Bouncing my binoculars around, I just make myself dizzy.

“Ohhh, he’s so killable!” whispers Amanda, her long blond locks free-flowing around her moon-shaped face. (No hair tie for this hunter.) He’s napping below the chapparal-shrouded ridge, 40 yards from the top, which means Rihana can hike the long way around and over and be within range when he wakes and stands. She’s never gotten a mule deer with her bow before. “I’m so excited for you!” says Amanda. She and Rihana clasp hands and squeal like tweenagers before a Beyoncé concert. 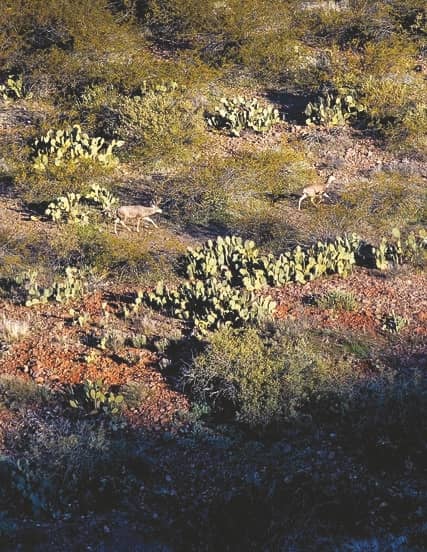 Rihana plots the buck’s approximate coordinates using OnX Hunt, an app with topo and aerial data that allows stalking hunters to mark and share an animal’s location. She sprays what looks like a Visine bottle, testing the wind. If it’s blowing the wrong way, he’ll catch her scent. The breeze is good. The hunters clink slabs of homemade elk jerky. Rihana readies her bow, tosses her dark, auburn-streaked braid over her shoulder Katniss Everdeen style, and sets out. But not before putting her leopard print-cased phone into selfie mode, turning the camera on herself, and pressing record for her 65,000 followers.

RIHANA AND AMANDA are part of a growing scene of what I’ll call Instagrammers, social-media influencers who are quite literally changing the face of hunting. Sure, men like Cameron Hanes and Sam Soholt have helped make hunting look hipper and more handsome on Instagram, too. But it’s their female counterparts who are shifting perceptions, with feeds that are also filled with rifles and camo, bloody fist bumps and butchered backstraps.