Will Travel For Beer 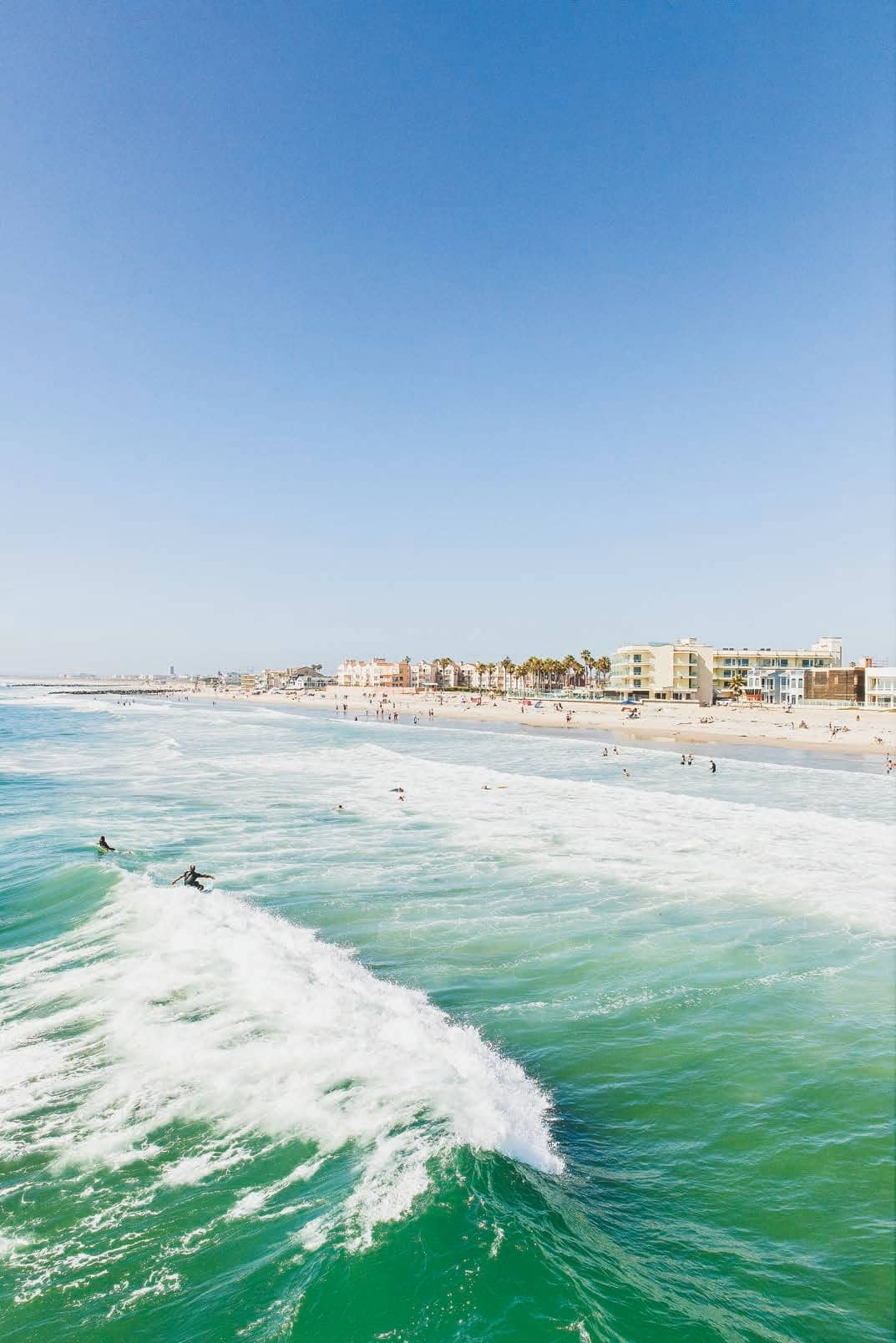 The best way to refuel after a perfect day of adventure? With your crew at one of these ideally located watering holes.

Mike Hess is a pillar of San Diego’s robust craft-beer scene, and the new outpost in the funky border town of Imperial Beach is heavy on post-surf vibes. Just north of the pier and steps from the Pacific Ocean, the open-air taproom gives way to a beer garden. While the region has a reputation for busy breaks and occasionally grumpy locals, Imperial Beach is low-key, with crowd-free lineups and shifting sandbars that keep the surf firing year-round. If you can’t find a decent swell near the pier, head south along Seacoast Drive, where breaks can be found at the end of every side street. San Diego is an IPA kind of town, but for your après-surf meal, pair something light and crisp, like the excellent Claritas Kölsch, with a bite courtesy of the popular Mexican restaurant City Tacos. Try the Mahi al Mango, or get weird with a Mexicali—a taco with steak and mashed potatoes. 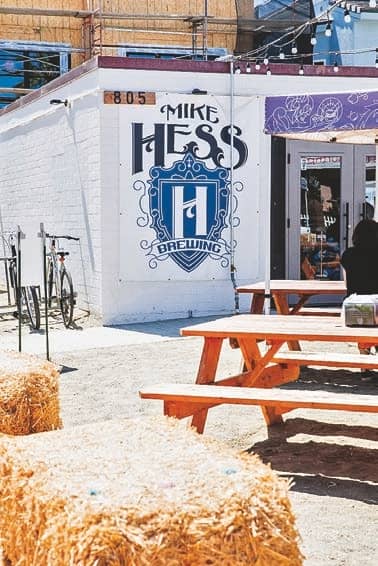 The Nugget Mountain Bar is a lesson in reverse gentrification. The owner converted his former vacation cabin, located a half-mile south of Purgatory Resort, into a bar. It still has a ski-cabin vibe, with the requisite upstairs loft transformed into a lounge. But the action is at the U-shaped bar on the main floor, where there’s a solid chance that owner Kevin Wright will invite you to partake in a shot ski. You’re also guaranteed to get sucked into Klackers, a communal dice game. Order a burger from the food truck parked out front, and be prepared to make friends fast—the Nugget is a place where people aren’t tetchy that you’re skiing their mountain. It’s easily accessible by car, but if you know your way around Purgatory’s backcountry, you can ski in. Or call Wright for a ride. He’ll pick you up and take you home. Seriously. 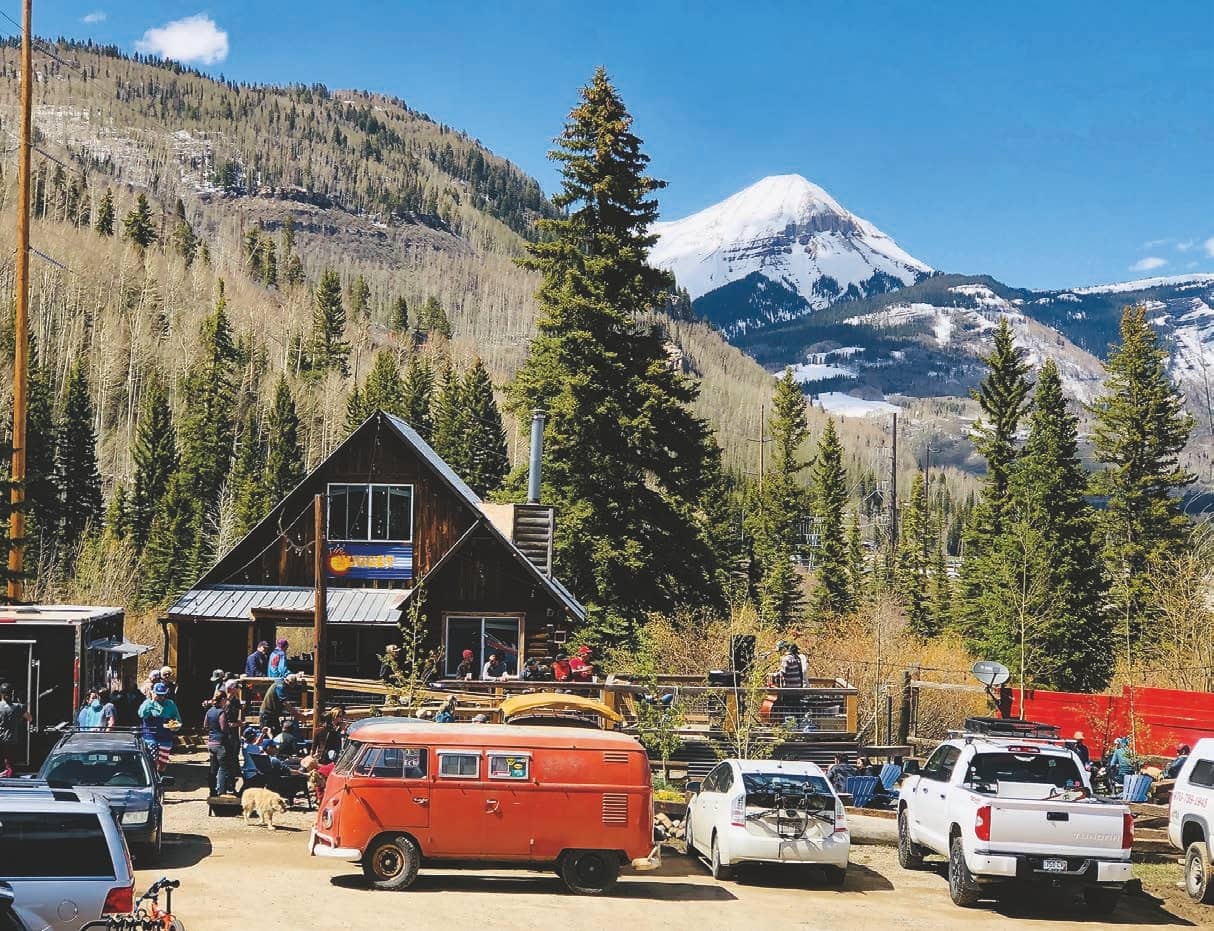 THE HUB AND PISGAH TAVERN

The idea behind the Pisgah Tavern was pretty simple: Sam and Jordan Salman, owners of the Hub bike shop, wanted customers to have a place to drink a beer while the mechanic worked on their ride. The tavern originally consisted of three keg taps and four barstools alongside the repair pit. The concept has since grown, and there are now eight local drafts, a beer garden, and food trucks that rotate casual fare. You can’t beat the location—right at the entrance of Pisgah National Forest, where you can rip world-class technical singletrack like the Black Mountain Trail and pedal straight into the Hub for a post-ride tune-up and a little hydration. If you’re looking for more flow and fewer roots, head ten miles southeast to DuPont State Recreational Forest, where the Ridgeline Trail offers three miles of rollercoaster speed.