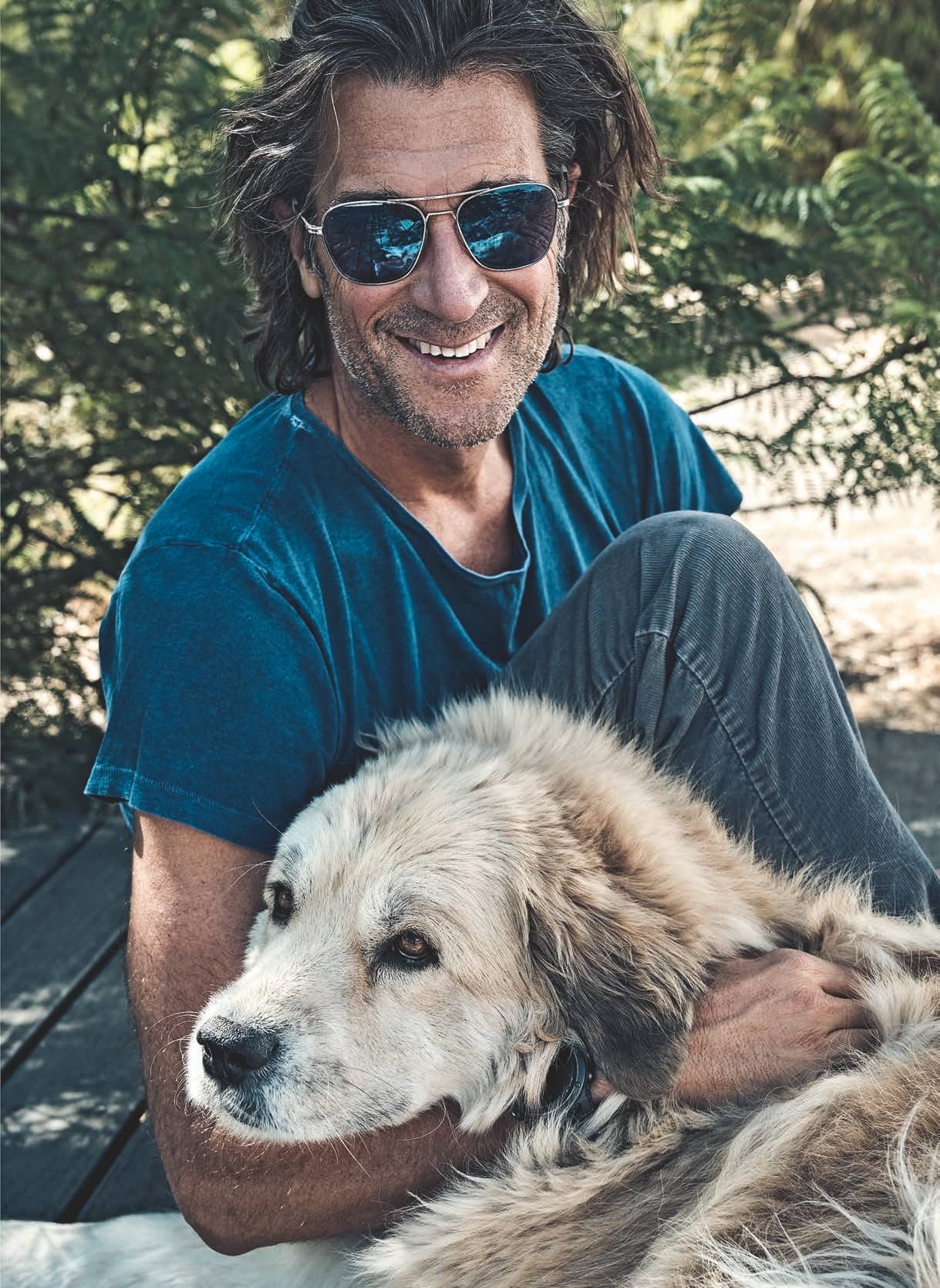 AMERICANS ARE OVERWORKED, OVERSCHEDULED, AND JUST PLAIN EXHAUSTED. THE SOLUTION? FORGET ABOUT RADICAL DIETS ABND INTENSE NEW FITNESS PLANS-WHAT WE ALL REALLY NEED IS TO SLOOOW DOWN. PRESENTING 17 RELAXING STRATEGIES FOR BEATING BACK STRESS AND RECLAIMING YOUR MOJO IN 2020.

It was getting dark when I hit the first riffle of my trip down Utah's. Green River in a cane. My Plan was to set out while it was cool and log some mileage before nightfall, but dusk came on quicker than I thought. Because iI'd been in rush to launch, my gear wasn’t tied down very well. I had trouble reading the water in the fading light, hit some shoals, and barely came out upright. Shaking, I pulled over to camp on a scruffy pile of gravel near the highway for a night of bad sleep and excoriating self-recrimination.

It all seemed a fitting metaphor for the way I’d been hurtling through life. In the previous two years, I’d written a book, recorded a dozen podcast episodes, zombie-marched through a 14-city book tour, gotten sick a few times, and missed more of my kids’ dance recitals and cross-country meets than I care to remember. Hoping for recovery and insight, I’d embarked on an ambitious vacation: a 120-mile solo paddle with a tight deadline for a resupply and another tight deadline for a water taxi to pick me up at the end. A vacation with deadlines! The insight, at least, was becoming obvious: what I really needed was to slow down.

I’m not alone in my overreach. Most of us have a hard time refusing to set goals. In this age of 5G hyperconnectivity, performative workaholism, personalized coaching, biohacking, Strava posturing, and supplement swilling, we’ve internalized the imperative to optimize every aspect of our lives. We feel lost without a plan, guilty for slouching, regretful of every injury, scuttled workout, and to-do item left unticked. Even our so-called leisure activities require frantic preparations and logistical ops reminiscent of Caesar’s army.

We don’t just have fear of missing out, we have dread of slacking off. It’s telling that so many of us push to the edge of our endurance in order to feel good about ourselves. We’ve equated recreational difficulty and socialmedia posts of summits with self-worth, and that’s a precarious and unsustainable place to be.

SO HOW IS putting our heads down and suffering in the name of glory working out for us? Not so great. Americans are, by and large, fried. Depression and anxiety rates are soaring, we’re experiencing high levels of loneliness, and we’re not engaged in as many community activities as we used to be.

Anne Helen Petersen, a 38-year-old journalist and long-distance runner in Missoula, Montana, remembers the days when her college pals graduated and became ski bums for a while or worked odd jobs in national parks. Now, she says, that’s rare. Younger millennials and Gen Zers, anxious over the gig economy and helicoptered by their parents, fear veering too far off script into experiences that offer unquantifiable personal gains. The result? Malaise, disaffection, disconnection.

Last year the World Health Organization expanded its entry on burnout in the International Classification of Diseases, defining it as a syndrome resulting from “chronic workplace stress that has not been successfully managed.” It is characterized by feeling depleted, cynical, and unmotivated. Many experts also understand it as a concept of charging too hard without adequate recovery in other spheres of life, including parenting, exercise, and passionbased volunteering.

Leisure pursuits used to be about, well, leisure. Running, for example, emerged as a recreational pastime in the sixties and seventies largely as a way to bliss out, according to Princeton historian Dylan Gottlieb. By the early eighties, though, “running, and marathon training in particular, dovetailed with the same habits that yuppies honed in their white-collar jobs. Personal discipline, delayed gratification, obsessive time management, constant self-analysis, long-range planning: they were just as vital to race training as they were to arbitrage or corporate litigation,” Gottlieb writes in Public Seminar magazine.

The alpha-dog self-optimization trend has now permeated youth sports, too. Some coaches admit that they’re complicit in creating burnout. “For many sports, there is no longer an off-season, no time off, competitions all year long, nonstop, and that’s trickled down to kids,” says Ken Vick, the CEO of Velocity Sports Performance. “The demands are ridiculous.”

Millennials are helping us understand burnout in a new way, because they’re insisting—in their insistently millennial fashion—that we recognize its impact and the urgency of learning how to back off, both in the workplace and in the rest of our lives. For many of them, years of working hard has failed to delivered measurable gains in wages, affordable real estate, or even job security. And they are not happy about that. In an article that went viral last year on Buzzfeed News, Petersen wrote, “Burn out and the behaviors and weight that accompany it aren’t, in fact, something we can cure by going on vacation. It’s not limited to workers in acutely high-stress environments. And it’s not a temporary affliction: It’s the millennial condition. It’s our base temperature. It’s our background music. It’s the way things are.”