THE OBJECT IN MOTION 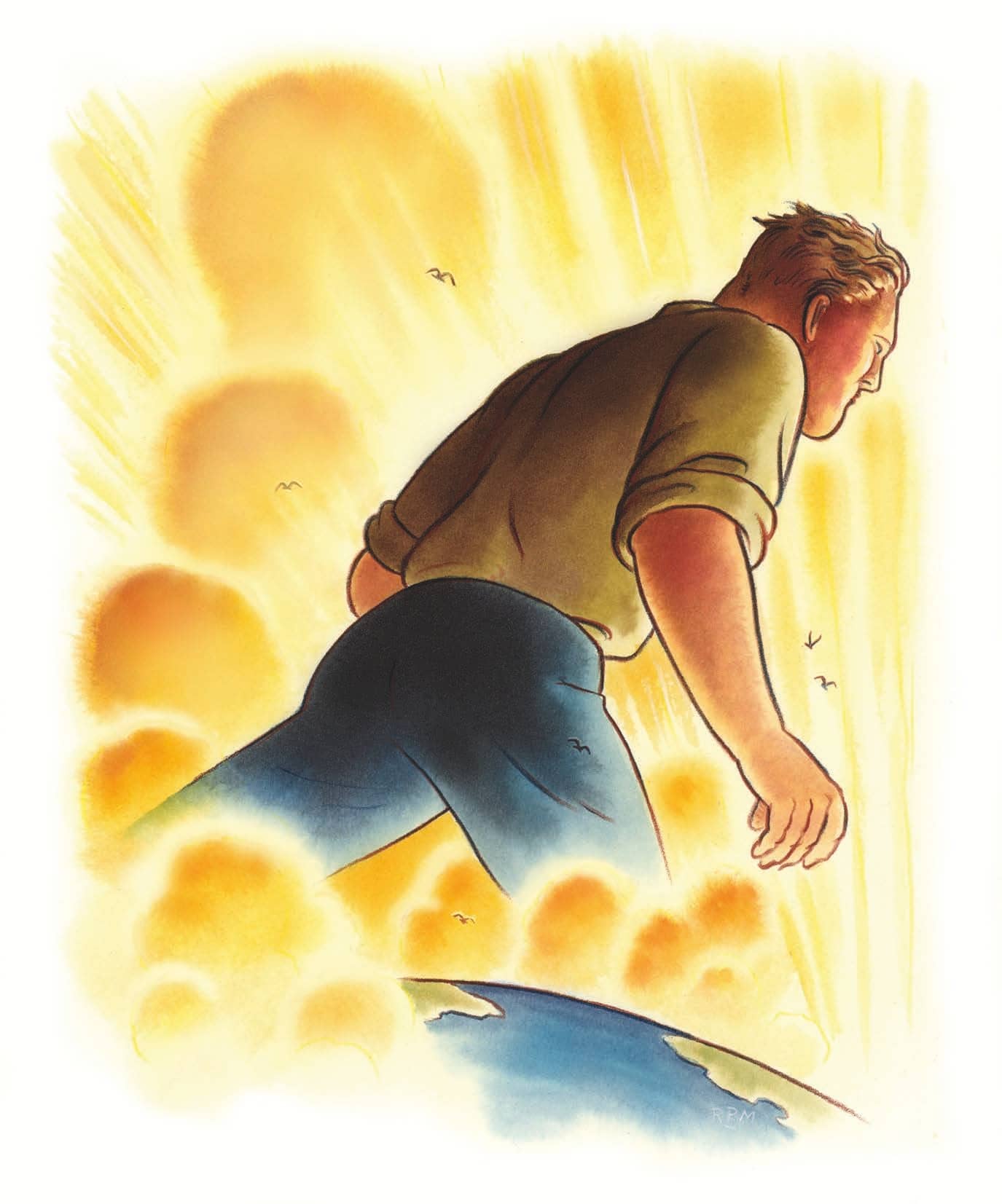 As the world tries to contain the spread of COVID-19, travel seems like a faraway dream. But Ian Frazier reminds us that there’s no more promising feeling than the start of a journey.

I sit still, the more I yearn to move. The pull of motion isn’t a calm desire; it’s a nagging that builds up until I imagine that it enters the couch or the bed I’m on. I can’t stand lying there another second. Then I wonder if the bed, itself infected with yearning, has begun to move. It creaks as if it’s about to start. The key moment, the passing between the two states— from motionlessness to motion—will be almost undetectable. I keep watching for it. Is the headboard just slightly farther from the wall than it was a minute ago? We know that all beds secretly want to fly.

I grew up in Ohio, the centrifugal state. For no reason I can explain, Ohio takes people who were born there and spins them around and flings them in every direction. It’s no accident that the first man to fly, the first American to orbit the earth, and the first man to stand on the moon all came from Ohio. I come by my radical, excessive footlooseness honestly, from my constantly spinning Ohio childhood. As kids, my friends and I roamed the local woods; by the time we were in junior high, we had started to hitchhike. In my late teens, I walked to the Ohio Turnpike, climbed the fence, stuck out my thumb, and ended up in Wyoming or Boston, almost on a whim, depending on whether I chose the westbound or eastbound lanes. Today, as an ex-Ohioan—a flung Ohioan—I am just as restless. My basic idea of how to get somewhere is to jump in the car and drive there, whether it’s to the store or to the edge of the tree line in Canada. I would rather drive for 20 hours than fly in a plane for three. But in the end, I’ll settle for any transport that will carry me.

Sometimes in everyday life I ride a commuter train. The New Jersey Transit, which serves our suburban town, has a lot of double-deckers, and when one of these is in the station in New York, the view from the lower level presents you with the boarding platform at shoe-top height. On the other side of the window, inches away, is the yellow zone at the edge of the platform, with its grid of little round bumps to keep people’s feet from slipping. Black, stenciled letters next to it say STAY BEHIND YELLOW LINE. The train doors make their ding noise and slide shut.

Then, with almost imperceptible slowness, the no-skid bump on the other side of the window, the particular one I’m concentrating on, starts to move backward. I switch my gaze to another bump; it’s also moving backward, but slightly faster. I try to hold my focus on individual bumps as they come into view, but then they all accelerate into a yellow blur and lose their physicality like fish in a blender. For a moment the transition is painful. Only after the train has entered the blackness of the tunnel do I relax and enjoy the speed.