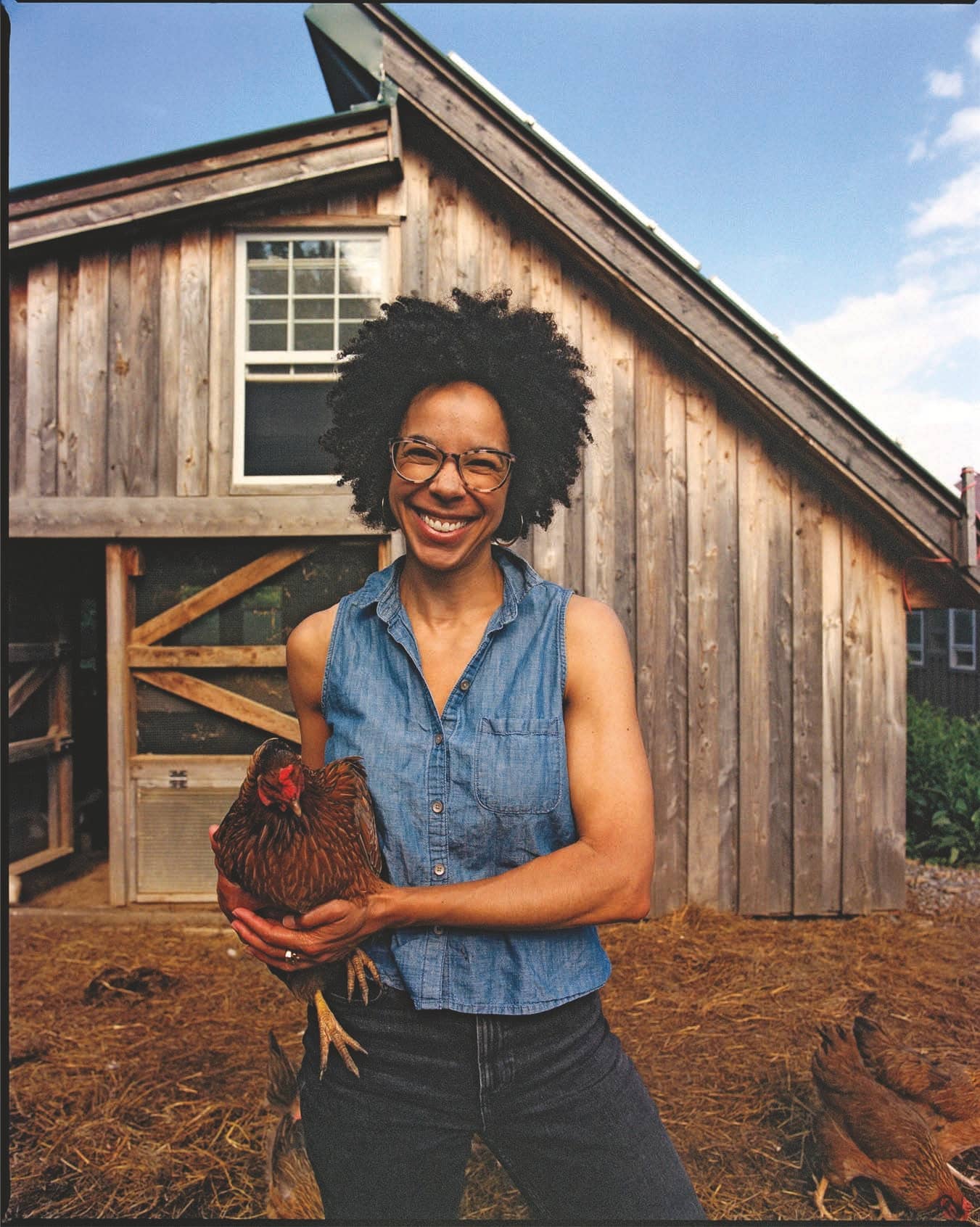 MARINE BIOLOGIST AYANA ELIZABETH JOHNSON BECAME A STAR IN THE ENVIRONMENTAL MOVEMENT BY DEFTLY COMMUNICATING WHAT FEW PEOPLE UNDERSTAND: THAT CLEANING UP THE PLANET REQUIRES A COMMITMENT TO SOCIAL JUSTICE

IT’S AMAZING that Ayana Elizabeth Johnson found the time to talk to me. To cite just some of the things the 40-year-old Brooklynite has been up to in the past year: running a conservation consulting firm, Ocean Collective; founding a coastal-cities think tank, Urban Ocean Lab; advising Elizabeth Warren’s presidential campaign on the Blue New Deal, an ocean-focused strategy for reducing carbon emissions and boosting the economy; taking over Julia Louis-Dreyfus’s Instagram account to guide a dialogue on environmental justice; editing an anthology of essays by women climate leaders, and launching a podcast with industry heavyweight Alex Blumberg ambitiously titled How to Save a Planet.

So, yes, she’s been busy. And with good reason. With her expertise, personal story, and collaborative grassroots approach to problem-solving, Johnson has emerged as a uniquely powerful voice in the environmental movement. She is one of a small number of scientists who operates at the nexus of climate change and racial justice, and the only one who has been able to connect the dots between those issues in a way that might actually get us somewhere.

Plus, she’s a natural entertainer. “Ayana is genuinely funny,” says Blumberg, the cofounder of podcasting juggernaut Gimlet Media, which sold to Spotify last year for a reported $230 million. As cohosts of How to Save a Planet, they examine achievable solutions to climate change. A common question they ask guests: How screwed are we? (Spoiler: It depends. We have a choice of possible futures.) “She’s an actual subject-matter expert who’s charismatic and can crack a joke and think on her feet. That’s rare.”

When I spoke to Johnson during a gap in her schedule, she described a life and career journey that began when she was on a family vacation in Florida at age five, sitting on the back of a glass-bottom boat with other kids throwing cheese popcorn to the fish. She is allergic to dairy and was covered in hives by the time her mom pulled her into the boat’s cabin to rinse off. There she found herself alone staring down through the glass at the life below. “I had a private view of this underwater magical world,” she says. That was all it took: she fell in love with coral reefs.