Shoots from the hip 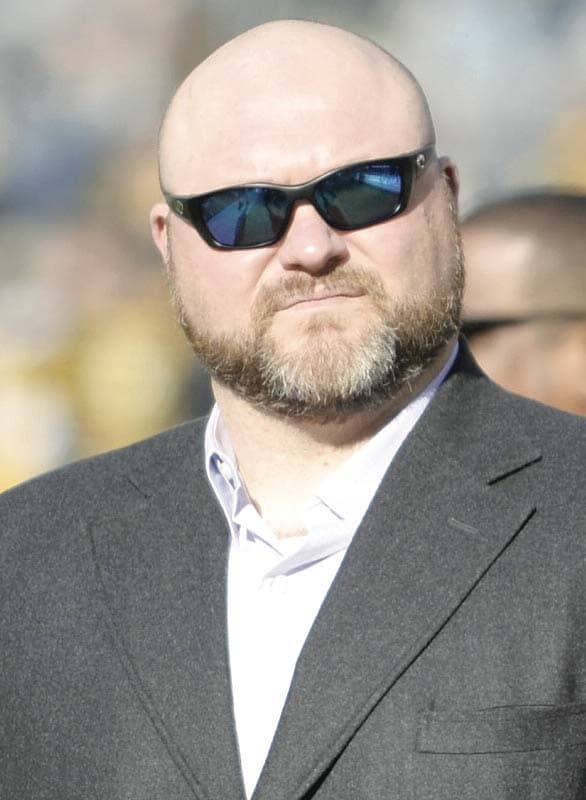 Avoid confirmation bias at all times, like New England

On Oct. 22, 2019, the New England Patriots acquired WR Mohamed Sanu from the Atlanta Falcons in exchange for a second-round pick.

On Sept. 2, the Patriots released Sanu, who was signed by the Jets’ recent opponent, the San Francisco 49ers.

Less than a year after trading a valuable secondround pick for a player, the Patriots moved on.

These kind of decisions are easy for Patriots coach Bill Belichick because he rejects “confirmation bias” in his personnel decisions.

Confirmation bias is the tendency to search for, interpret and favor information in a way that confirms or supports one’s prior beliefs or values.

If coaches or GMs do this with personnel decisions, it makes it very hard for their team to win.

Belichick is never going to make current personnel decisions to protect his prior ones.

Some GMs might keep a player around due to where he was drafted, how much he makes or in this case, what he gave up for him in a trade. Belichick doesn’t roll that way.

He doesn’t worry about his draft record, free agent record or trade record when making roster decisions. He evaluates all players on the field equally, regardless of how they were acquired.

Some past Jets GMs stuck with certain players too long, clearly due to confirmation bias. Also, past regimes started high draft picks before they were ready, just because they were high draft picks — Darron Lee and Calvin Pryor come to mind. It’s hard to win that way.

I think so, but honestly, it’s probably too early to tell. He hasn’t been running the Jets’ personnel department long enough to see a pattern.

This summer, Douglas kept all nine of his draft picks. A couple landed on short-term injured reserve or physically unable to perform, but they’re all still working at One Jets Drive.

Of course there has to be a small element of confirmation bias at work when all nine draft picks are kept around.

But I will cut him some slack on this one. This has been a strange year with no on-field work in the offseason and no preseason games. It was a very tough year to evaluate players. Preseason games might be tough to watch, but it’s a great opportunity to evaluate young talent. It’s real football, not the touch football that teams played in training camp, where defenders aren’t supposed to bring players to the ground. It’s almost impossible to evaluate quarterbacks without real football games, because they are untouchable in practice.