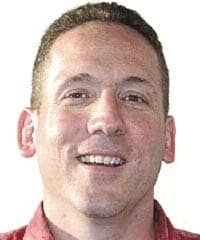 I’m not going to speculate much about what training camp or the season might look like related to the Coronavirus, because I don’t know. And by the time this issue comes out, things might change.

DAN LEBERFELD
So I’m going to stick to football here, and assume there will be a season.

The only thing I will say is that the NFL should ignore the media fearmongers at all times when making decisions. Block them out. Make decisions based on objective data.

Let’s get into some football.

One of the most fascinating things to me this summer is how Jets offensive line coach Frank Pollack and his assistant, Derek Frazier, can bring together a unit with potentially five new starters. There could be four new starters if Brian Winters wins the right guard job, but he has never played with the other likely starters, so it would still be five new guys playing together.

I will never forget something an old coach said about offensive lines: “You want to get five guys to play as one. Five men, one mind. You have to get them to see it through one set of eyes.”

This could be an enormous challenge for Pollack and Frazier without any offseason practices. The linemen and their coaches face a Herculean challenge this summer trying to get the five starters singing from the same hymn sheet by Week One.

Another challenge for the Jets’ offense will be creating more plays. Coach Adam Gase was asked recently how he envisions Frank Gore’s workload behind Le’Veon Bell, and he brought up the issue of needing more plays.