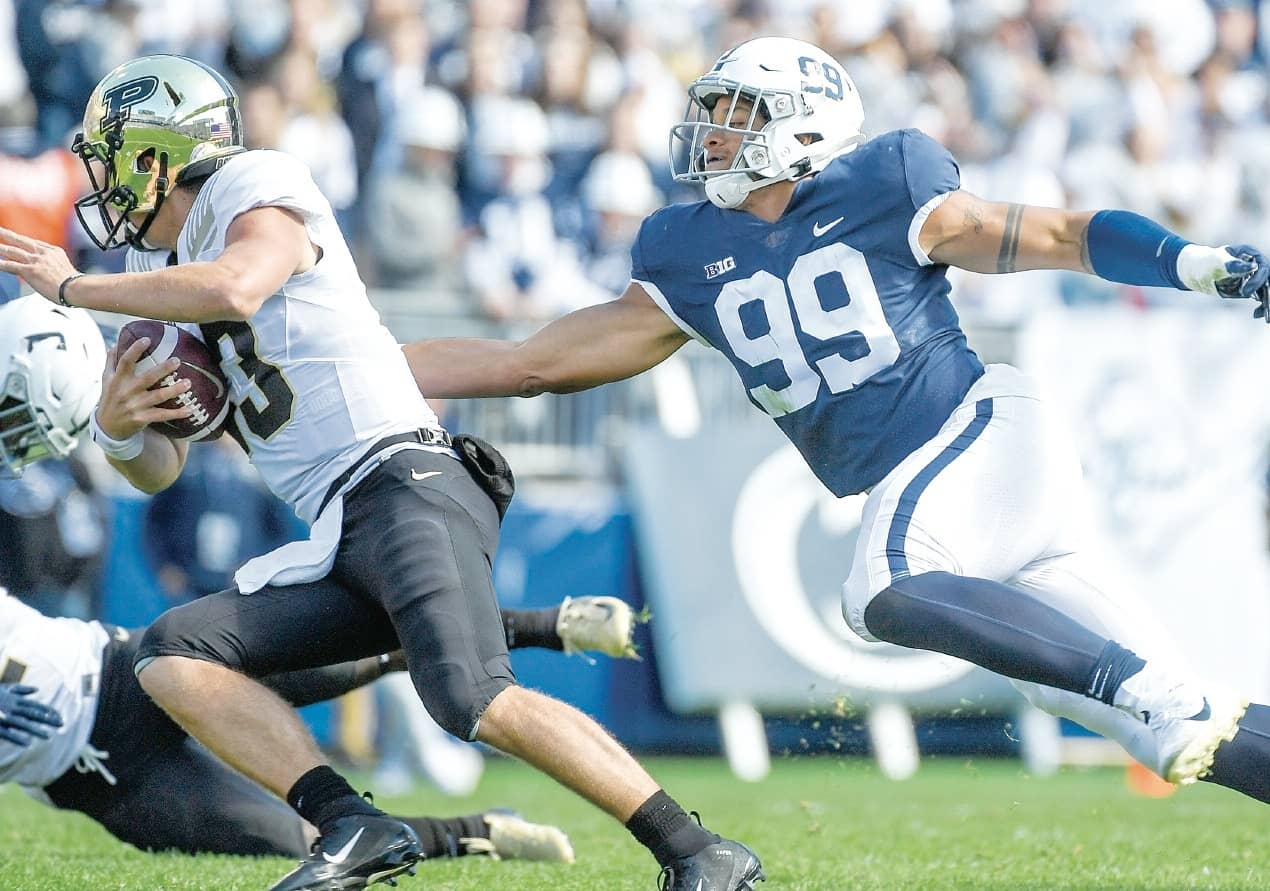 The Jets have a lot of needs this offseason. Let’s take a look at some of them, including their longstanding No. 1 need. …

1 A game-wrecking edge rusher: Either high in the draft or in free agency, the Jets need to get a defensive end who can wreck the game. We used to say they needed an outside linebacker to do this, but that was in reference to their old 3-4 front, played under head coaches Eric Mangini, Rex Ryan and Todd Bowles. However, under current defensive coordinator Gregg Williams, who is essentially the head coach of the defense, the team plays the 4-3 front quite a bit. So now the need is a 4-3 end, a player like former Kentucky DE Josh Allen from last year’s draft.

What does this player look like? He’s a guy about 6-3, 265 pounds with 4.6 to 4.7 speed. He needs to have a quick takeoff with an explosive burst. He needs great flexibility — limber enough to bend under offensive tackles. He also must have a great burst to the QB, so once he gets by the tackle, he can close the deal quickly. It also wouldn’t hurt for this player to have long arms to shed blocks and disrupt passing lanes.

The closest player the Jets have to this is Tarell Basham, who is 6-4, 269 pounds, with 4.7 speed and arms like vines.

You often hear that word “twitch” from scouts, and it’s very important when it comes to pass rushers. What is twitch, or “quick twitch,” which it’s often called?

The Jets need another twitchy edge rusher to complement Basham, who is a player on the rise. The Jets’ leading sacker from last year, Jordan Jenkins, is a high-effort player with a great motor, but lacks ideal twitch and edge quickness, plus is a little heavy-legged.

The best twitchy edge rusher in the draft is Ohio State’s Chase Young, but the Jets won’t have a chance of getting him unless they trade up. Young is expected to go second overall to the Washington Redskins, after Cincinnati picks LSU QB Joe Burrows. It’s unlikely the Redskins would trade out of that spot and bypass Young, who is not only a premier talent, but grew up in Redskins country in Prince George County, Md. So not only would Young deliver a game-wrecking pass rusher to the Redskins, but would be a heck of a marketing tool for a team that has struggled at the gate recently.

In free agency, Yannick Ngakoue is a player the Jets should kick the tires on, but the money might be a little profligate. Like we mentioned in the last issue, the Jets could have easily had Ngakoue in their building if they had selected him in the 2016 second round instead of QB Christian Hackenberg.