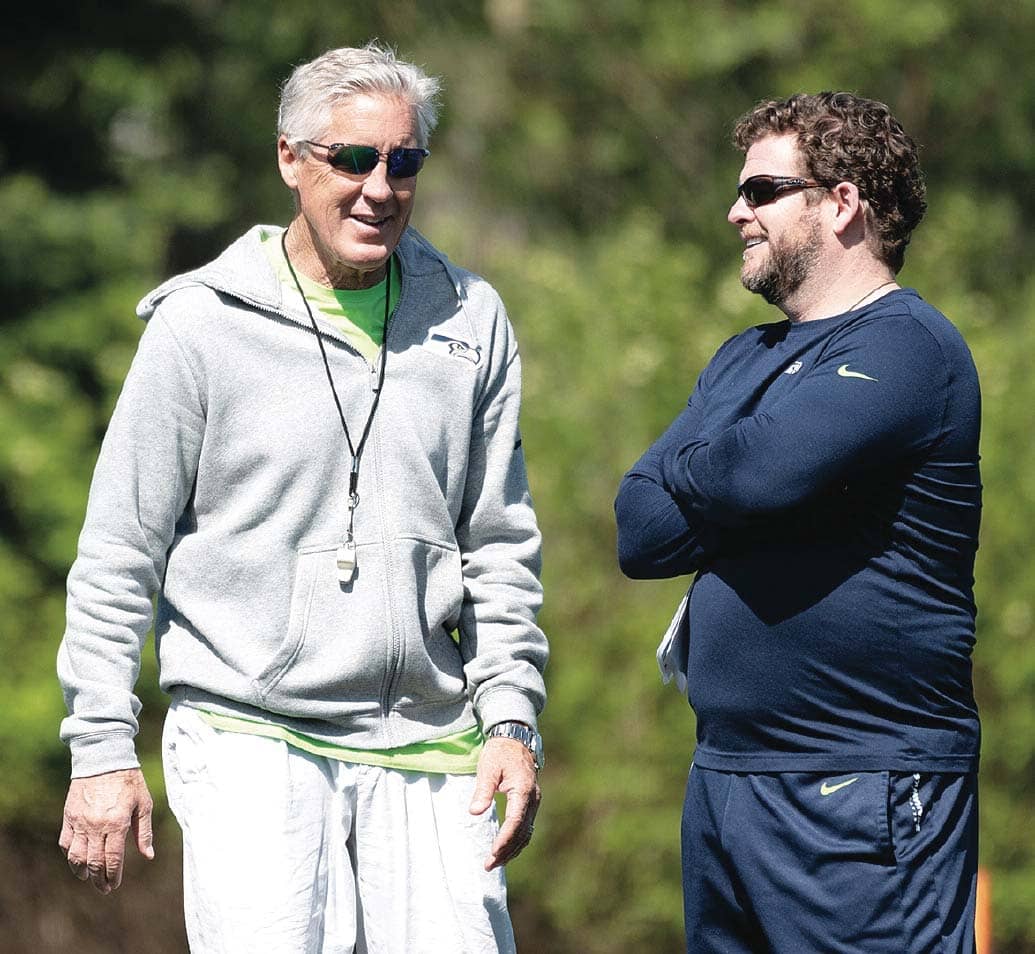 Former New York Jets GM Mike Tannenbaum said the team’s current GM, Joe Douglas, showed his players a “blueprint to get out” by giving in to Jamal Adams by trading the safety to Seattle, July 25, after Adams bashed the organization in the Daily News and on social media.

“I’ve sat in that seat and I dealt with the exact situation with Darrelle Revis (in 2010) where he was mad at me,” Tannenbaum said on ESPN. “His agents were mad at me. He wanted a new contract. He was a great player, and we hung in there. I wouldn’t trade him and we figured out a solution.

“While I think the Jets and Joe Douglas did a good job over the weekend… there’s a blueprint to get out.”

In other words, Tannenbaum believes if a player runs a scorched-earth campaign against the Jets in the press and social media, Douglas might give in to his trade demands.

Did Jets cave to ‘petulant child?’

Vegas Stats & Information Network’s Patrick Meagher also said Adams forced his way out with his nastiness toward the Jets’ organization this offseason.

“A petulant child,” Meagher said. “I’m sorry, that is what Jamal Adams is.”

But did Douglas cave to Adams’ petulance, or did he just make a good football decision?

Douglas claimed that Adams’ nasty comments about him, coach Adam Gase and the organization weren’t the reason for the trade, and that he’s not concerned about setting a bad precedent by letting a player “shoot his way out.”

“You think about precedent in every big decision you make,” Douglas said. “I certainly don’t feel like this is a precedent to shoot his way out of town. It just so happened the situation worked out the way it did. No, I’m not concerned about that precedent.”

An offer he couldn’t refuse?

Douglas wasn’t actively shopping Adams, but he has said repeatedly he always has to do what is in the best interest of the Jets, and will always pick up the phone when another team calls about a player.

Last season when the Dallas Cowboys called about Adams around the trade deadline, reportedly Douglas was looking for first- and third-round picks in order consummate a deal.

Dallas wouldn’t give him that, and Adams stayed put.

Before the Adams trade to Seattle came to pass, Tannenbaum was asked by Kristian Dyer of the Jets’ Country website what a good offer would be for the player.

“I would say at least a first-round pick and maybe another high second,” Tannenbaum said in June.

Considering Douglas was able to land two first-round picks, a third-round pick, along with starting safety Bradley McDougald, the Jets did even better than Tannenbaum’s speculation on what they should get in a deal.

And according to ESPN’s Jeremy Fowler, Adams reportedly wanted $20 million a year in a new deal. The salary cap is likely to go down the next few years with the NFL bringing in less money due to limited or no attendance this year. So even if the Jets kicked the can to next year on an Adams deal (like Seattle is doing), it might have been hard for the Jets to even fulfill his demands in 2021.

So former NFL GM Mike Lombardi, now with VSIN, understands why Douglas did what he did.