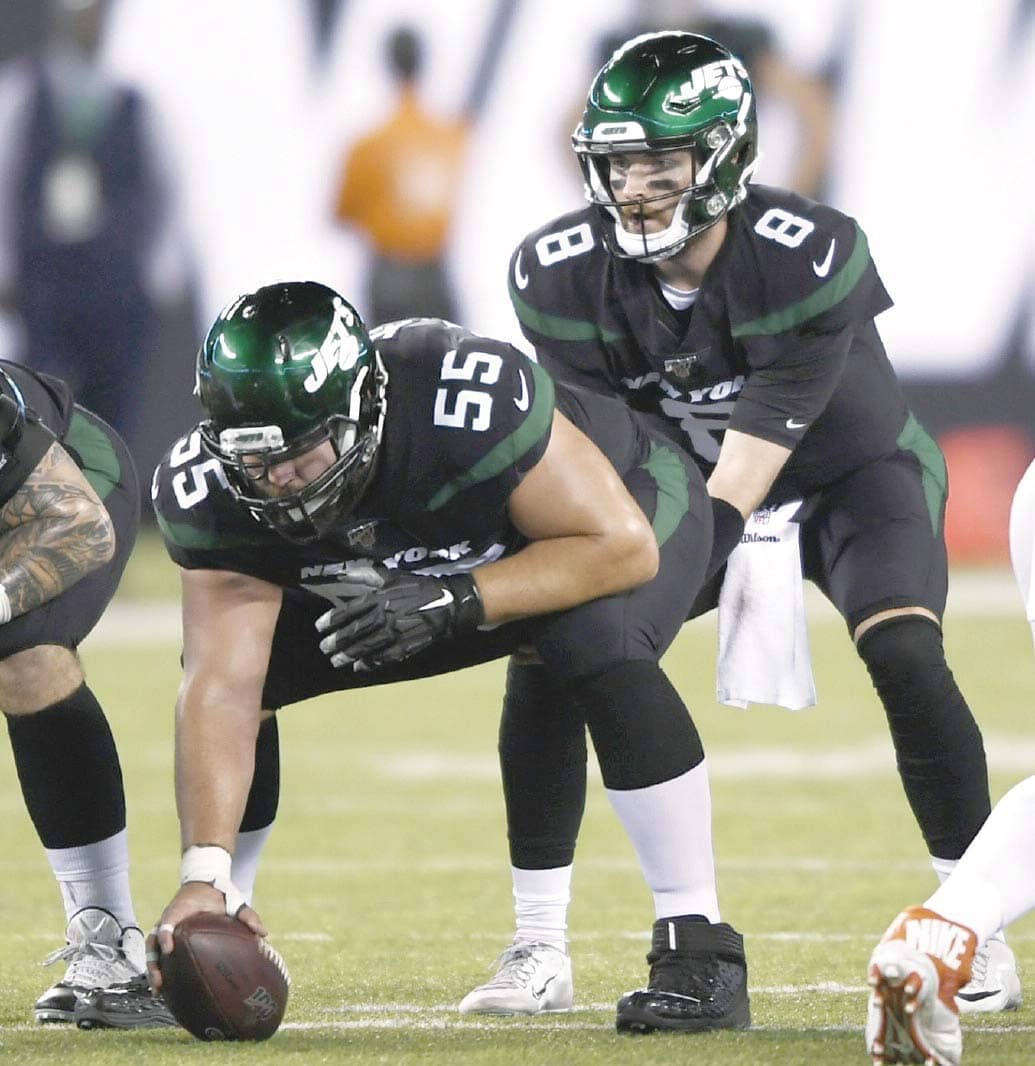 Some in the media are going after Jets GM Joe Douglas after Gang Green’s poor start to the 2020 season.

Tabloid No. 2 headline: “Joe Douglas must share in the blame for this Jets debacle.”

Before we continue, we need to point out that the writer of the “dumpster fire” column had his credential taken away, in part by Douglas, for being too aggressive in his coverage of the team. We aren’t at liberty to get into granular details right now, but let’s just say it had to do with being too forceful trying to get information from people in the building, and also trying to seek out Jets officials off-property. That’s as far as we can go at this point.

As for the second column, that scribe is close with coach Adam Gase, so perhaps he was trying to get people to cut the coach some slack.

Sorry, folks, we aren’t going down the Douglas-bashing road just yet. He’s been on the job a little over a year and took over a hot mess, inheriting some of the worst contracts in Jets history (Trumaine Johnson, C.J. Mosley), and a roster devoid of the requisite talent needed to have a successful program.

And technically he’s been on the job for a little over a year (taking over in June 2019), but that timeline is a little misleading. There was very little he could do between then and March 2020, when the NFL’s new free-agency period began. He took over after the 2019 draft and after all the big money was spent in 2019 free agency, including the doling out profligate contracts to Mosley and Le’Veon Bell. So there was very little he could do in 2019 aside from evaluating the roster throughout the season, with an occasional waiver claim here and there. He couldn’t do a lot of heavy lifting with player moves.

One could argue the biggest personnel move Douglas made in 2019 was the August signing of center Ryan Kalil, which turned out to be a mistake. But we have to wonder if a coach lobbied for this frivolous signing. Jon Harrison could have gotten the Jets through the year, but there was a lot of chirping about the Jets’ need for a center. Douglas had just arrived, and the ink was barely dry on his contract when the Kalil move was made. We get the sense somebody lobbied hard for this dubious move while Douglas was still trying to settle into the job, hang photos in his office and get his family settled in. Still, however you slice it, this was a poor decision — Kalil’s oft-injured body broke down again — and the buck stops with Douglas on personnel. So ultimately he must take the blame for this one.