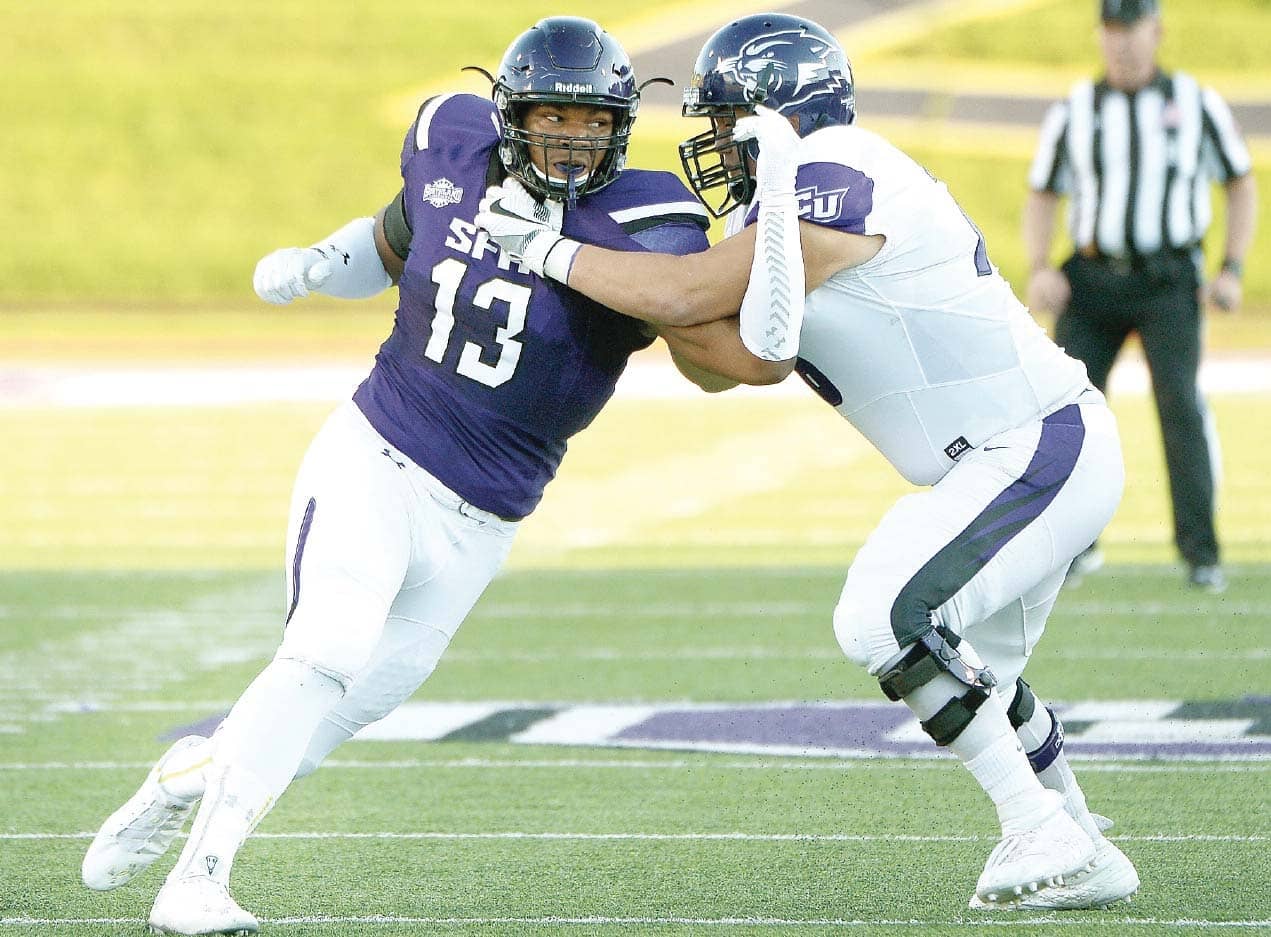 It was a transaction that didn’t garner a lot of attention, but this player is starting to get people’s attention.

On Sept. 1, 2019, Jets GM Joe Douglas claimed defensive end John Franklin-Myers off waivers from the Los Angeles Rams. The move didn’t move the needle much, especially because Franklin-Myers quickly got hurt, and landed on injured reserve early that October.

But in 2020, this waiver claim is starting to pay some dividends.

At 6-4, 288 pounds, Franklin-Myers has a nice combination of size and quick twitch, and has made a number of attention-grabbing plays this season.

In the recent Jets-Cardinals game, he had two really impressive plays:

Late in the first quarter, Franklin-Myers blew by Cardinals right tackle Kelvin Beachum, forcing QB Kyler Murray out of the pocket and he ran for a short gain. Beachum was flagged for holding Franklin-Myers on this play.

Early in the third quarter, Franklin-Myers beat guard J.R. Sweezy for a sack with good hand usage and quickness.

In the recent Jets-Broncos game, he also had two impressive plays:

In the middle of the third quarter, FranklinMyers hit QB Brett Rypien as he threw. The pass ended up being complete for a 9-yard gain to TE Noah Fant, but still Franklin-Myers did a nice job on this play getting to the QB.

Also in the third quarter, on third-and-4, Franklin-Myers pushed a lineman back into Rypien, and tipped the pass at the line.

It was a little surprising the Rams released Franklin-Myers in the first place. This is a player who played a lot as a rookie in 2018, and recorded a sack on then New England QB Tom Brady, forcing a fumble (recovered by the Patriots), in Super Bowl LIII.

Franklin-Myers was a fourth-round pick of the Rams in the 2018 draft out of 1-AA Stephen F. Austin, a school located in Nacogdoches, the oldest town in Texas. They play in the Southland Conference, against the likes of Houston Baptist, Abilene Christian and Central Arkansas.

He was under-recruited because his high school team, in Greenville, Texas, went 0-40 during his four years there.

But he had a nice career in college for the Lumberjacks, and really helped his draft stock when he ran a 4.75-second 40-yard dash at the 2018 combine, a very good time for his size.

And during a rough Jets season, FranklinMyers has been one of the few bright spots.

Now, he does have some things to work on, such as improving his gap integrity. Sometimes he shoots upfield too far, opening up running lanes. Still, the arrow is certainly pointing up on this player.

He’s an example of how Douglas is adding building blocks slowly but surely — not fast enough for some fans — through the waiver wire, draft and free agency.