Restoring the Role of TESTOSTERONE AND GROWTH HORMONE 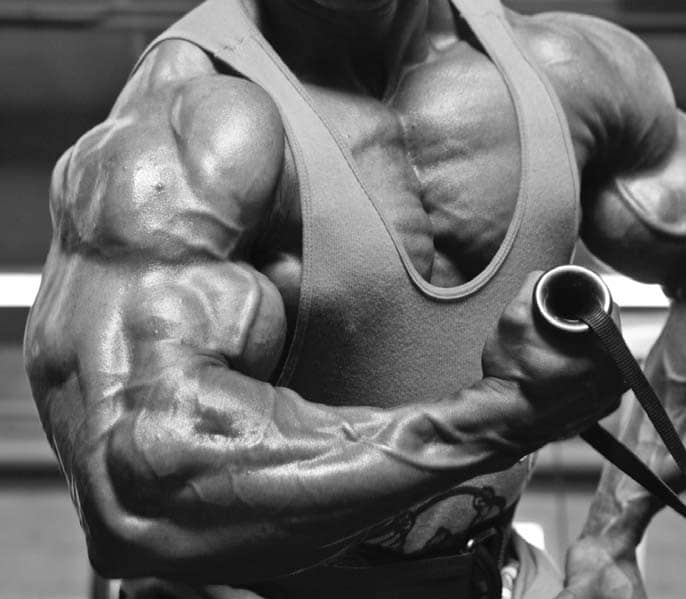 There are certain twosomes so symbolic, they define the niche they inhabit – Romeo and Juliet; Batman and Robin; Ali and Frazier. Regardless, there are numerous examples of pairings where the combination results in something greater than the sum of the parts.

Pharmaceutical T and GH are used by recreational as well as competitive bodybuilders. T is widely available in various forms, being the most commonly reported AAS in published surveys – in addition to being the primary treatment for testosterone deficiency.1 GH was once nearly unobtainable due to costs and limited production, as it was extracted from human cadavers. Recombinant technology was developed to avoid the potential exposure of GH-dependent patients to a fatal infection (Creutzfeldt-Jakob disease); the bio-industrial process generated excess production capability. The entry of certain foreign sources offering Internet ordering allowed for unregulated purchases at greatly discounted prices.

T and GH are both anabolic hormones, being capable of increasing the size and mass of specific, hormone-sensitive tissues. Bodybuilders have found that supraphysiologic (way above normal) dosing of either greatly increases lean mass; combined, the effect surpasses using either alone. GH also has a fat-reducing effect, but that is outside the scope of this discussion.

Drug-using bodybuilders are not the only people interested in manipulating T and GH to promote muscle growth. Nearly all male weightlifters, not exclusively bodybuilders, are interested in maximizing the hypertrophic effect of training. The introduction of a number of studies showing that certain training protocols are capable of increasing anabolic hormones, specifically T and GH, raised the interest of most lifters.2,3 Drug-free athletes were prompted by the revelation, ecstatic about the possibility of gaining a metabolic advantage.

It is interesting to note that the training style associated with bodybuilders (lower intensity, higher volume, shorter rest) is associated with greater anabolic hormone responses than the training style associated with powerlifting (higher intensity, lower volume, longer rest).3 It is important to note that the exercise-induced increases of T and GH, though prominent (~25 percent), are temporary.3 Blood concentrations of these hormones tend to return to normal within an hour or two of training, rising and falling sharply. Also, there is usually a concurrent rise in cortisol, a catabolic steroid hormone associated with exercise as well.

Of course, muscle tissue isn’t made out of T or GH – it is flesh composed of structural elements supporting the functional strands of contractile chains that result in movement of the skeleton. A person cannot increase the size of his muscles by injecting AAS and GH like stabbing a basting needle into a turkey. If pumping up muscle were as easy as hooking up an air hose to a car tire, every 14-year old boy would look like Ronnie Coleman during his Mr. Olympia reign.

T and GH increase the structural and functional protein-dominant molecules by activating anabolic pathways. Some of these require the genes in the muscle tissue DNA to be turned on to create blueprints called ribosomal RNA or rRNA (a process known as transcription); create proteins based upon the templates of the rRNA (a process called translation); directly stimulate certain receptors or enzymes that make the cell more pro-anabolic or anti-catabolic (nongenomic processes); or generate secondary messengers that initiate separate anabolic mechanisms – IGF-1 and mGF are two examples.4,5 T and GH don’t completely mimic each other, though there is some overlap – both generate IGF-1, for example. This leads to discrete results, as T causes muscle tissue hypertrophy and increases strength; GH increases non-contractile protein, has no significant effect on strength, and leads to increased whole-body lean mass dependent upon an increase in total body water.6 Many older men and women prescribed GH for antiaging purposes remarked upon the effect of GH on their skin, as it lessened wrinkles. In some part, this was due to strengthening of the dermis (the connective tissue layer of the skin), but much of the cosmetic effect was due to skin hydration tightening the skin.