NSAID Drug - The Good, The Bad And The Ugly 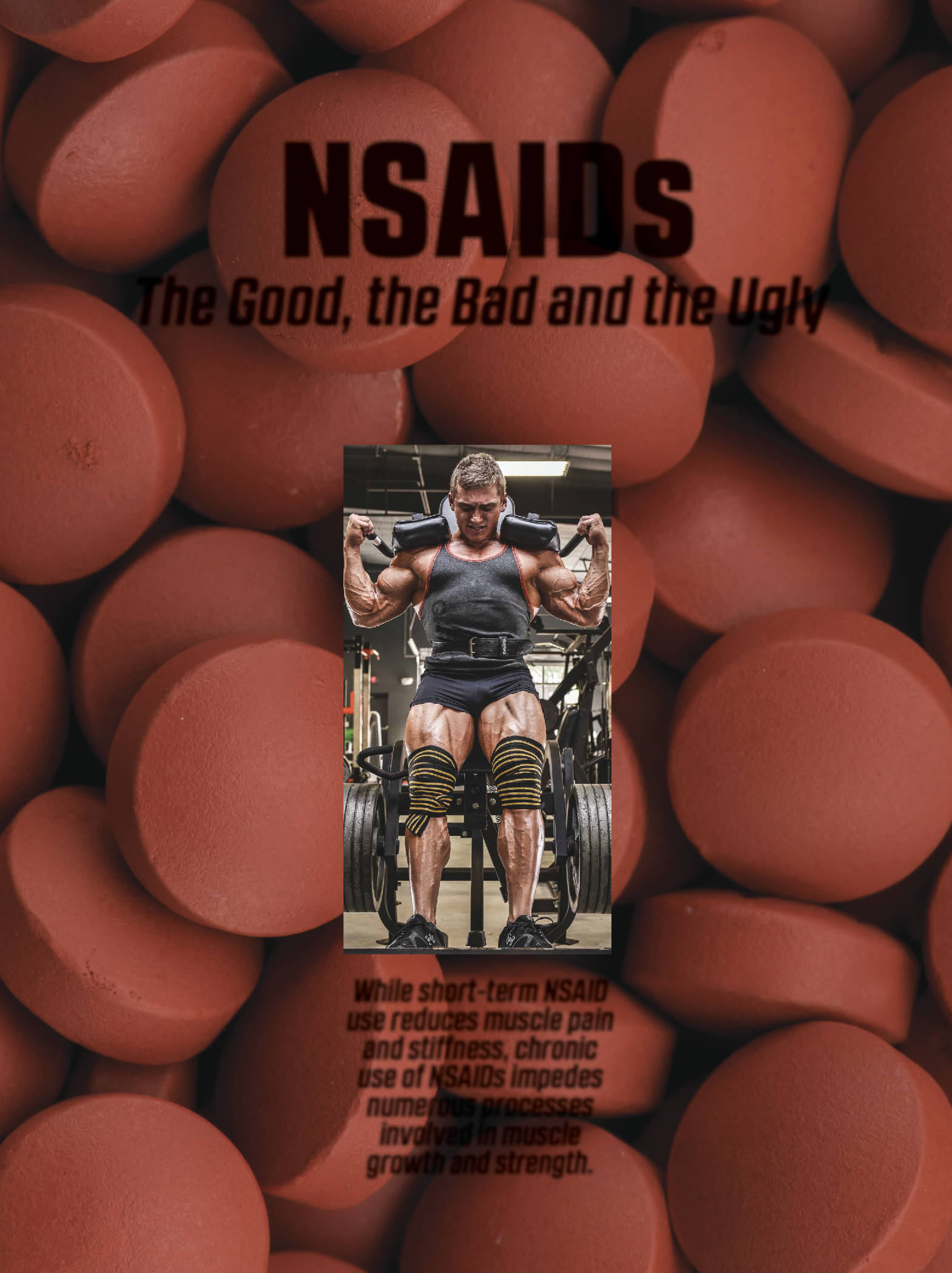 If you’ve spent enough time in the gym lifting weights with great intensity, then you’re probably familiar with the muscle soreness that comes along with the territory.

Nonsteroidal anti-inflammatory drugs (NSAIDs), such as ibuprofen or aspirin, are commonly used to alleviate the stiffness and pain associated with muscle soreness so you can maintain your intensity level and workout schedule. However, while short-term NSAID use reduces muscle pain and stiffness, chronic use of NSAIDs to treat exercise-induced muscle soreness may impair the adaptive response to training, as evidence indicates that NSAID consumption impedes numerous processes involved in muscle growth and strength.1,2