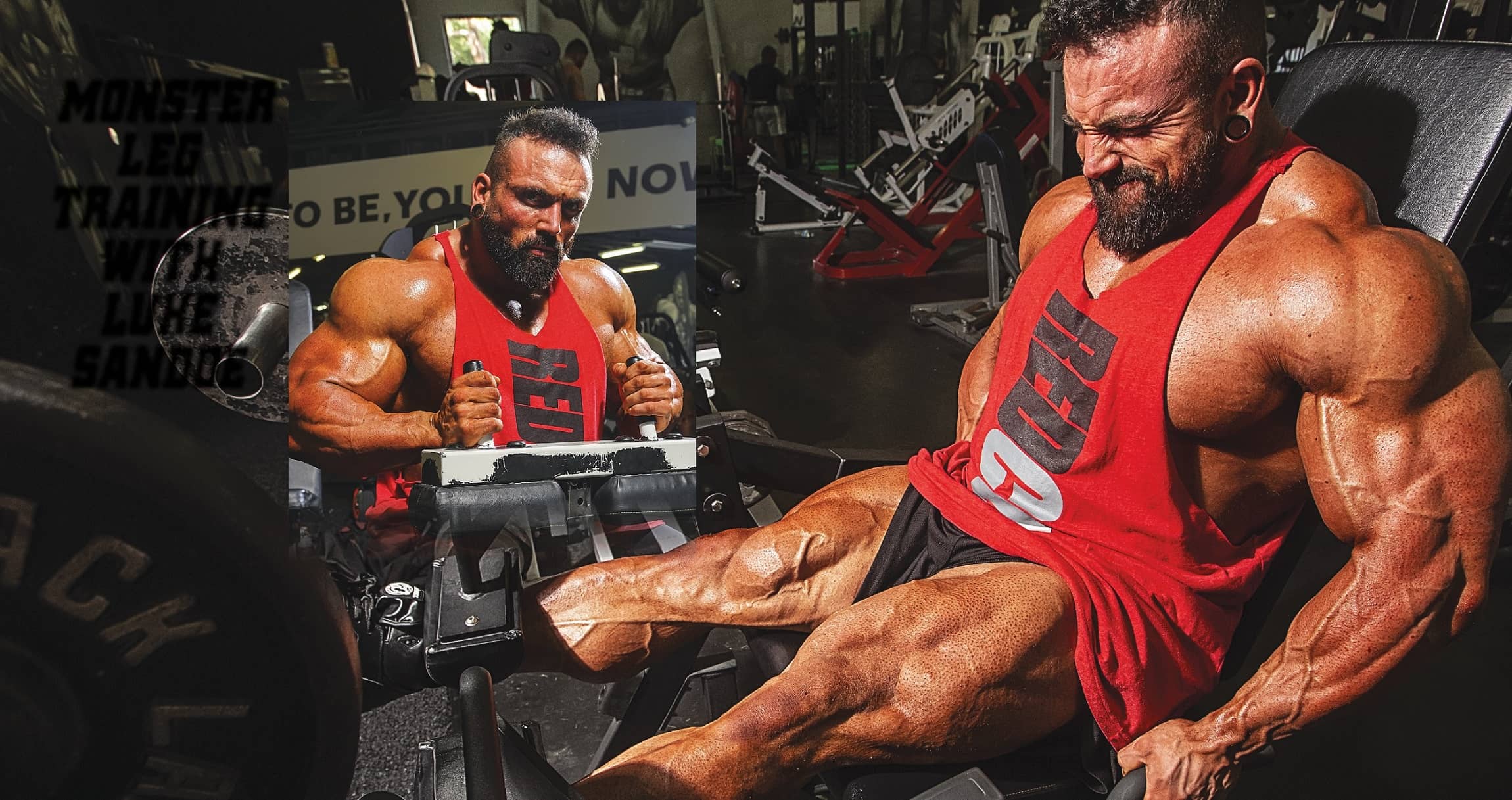 Ron Harris
Luke “The Juggernaut” Sandoe was definitely one of the fastest-rising stars in our sport this year. We’d seen glimpses of his potential in the 2017 and 2018 seasons, but it was the 2019 Arnold Classic where he forced us all to sit up and take notice. At 5-foot-8 and a full, crisp 272 pounds, Luke served notice that he was well on his way to major titles, and eventually finished third to the same two men who would be one and two at the Mr. Olympia six months later, Brandon Curry and William Bonac. Needing to shore up his berth at the Olympia, Luke traveled to Tampa in August, where he would have swept the contest had it not been for the entry of Florida native Dexter Jackson. By the time he got to Las Vegas, it was clear that his body probably needed a break from prep, but Sandoe still managed to eke out 11th place. What is crystal clear is that this man has some of the best potential we’ve seen in years, to the point where Arnold Classic and even Mr. Olympia titles are certainly going to be within his reach sooner rather than later. He’s got that rare blend of ideal structure, plenty of mass, and pleasing shape that simply doesn’t come around too often. One area Luke is working hard to improve on is his legs, particularly his quads. When you have such massive, round muscles in the entire upper body as he does, the wheels need to be equally freaky. Let’s take a look at Luke’s leg training, starting from the very beginning. 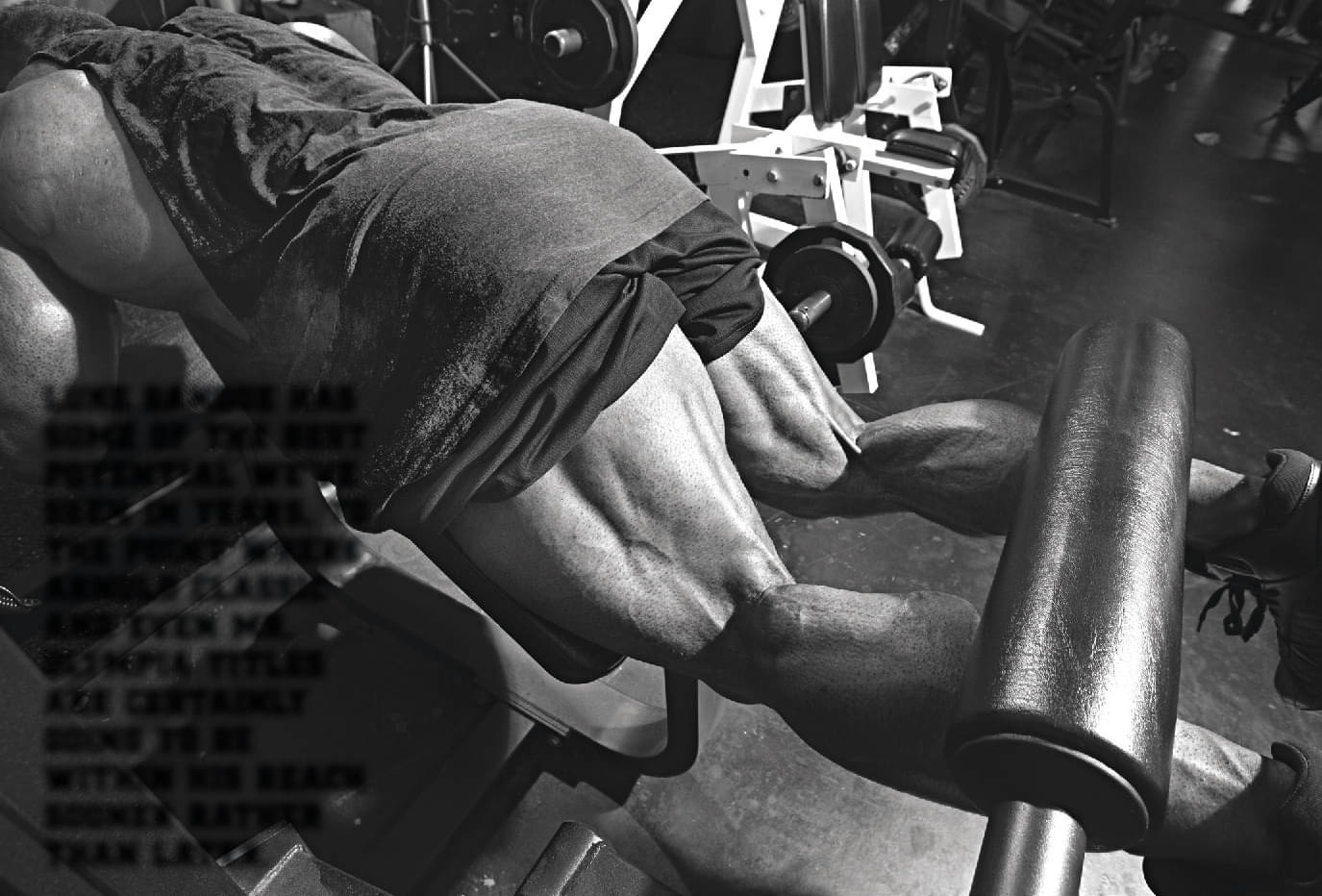 Let it be stated for the record that Luke was never a 98-pound weakling. When he started lifting in his college years, he was already a solid 200 pounds with much bigger arms and calves than the average untrained man. He had two nicknames: “Brick Shithouse” and “Thyz.” The latter was in reference to his stocky legs. “Everyone was wearing those skintight skinny jeans at the time,” he informs us. “I wore the relaxed fit, but because my thighs were already on the thicker side, it looked like I had somehow squeezed into skinny jeans.”

The first gym he ever wandered into was stocked with powerlifters, as this was a far more popular pastime in his area than bodybuilding. Seeing so many big and strong men training, Sandoe mimicked their workouts. “That first day, I saw a bunch of guys squatting and deadlifting, so that’s what I did for my first session.” Some of you will raise an eyebrow at this, but that first day, Luke pulled 405 for reps on the deadlift, and squatted 315 as well. You read that correctly. “I had no frame of reference, so I didn’t know that was a lot of weight for a beginner,” he tells us. “There were guys in there using five or six plates a side or more for those exercises, so I didn’t think the weights I started off with were anything special.”

He also nearly got into a fistfight when he plucked a weight belt off the floor and went off to lift with it. “The owner came up to me very upset that I’d taken his belt, but we became good friends soon after.”