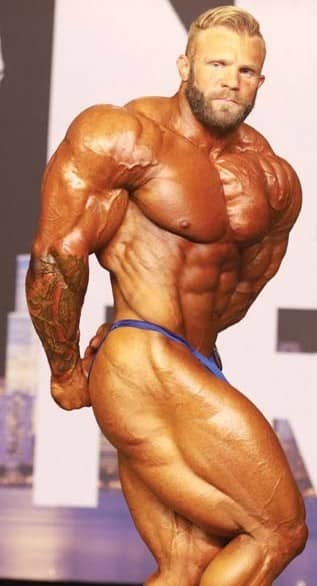 Tampa must have started to seem to be something of a cursed city for Canada's lain Valliere. In August 2019, he arrived in top form hoping for a win. And it would have been his, except that living legend Dexter Jackson and the U.K. Juggernaut, the late Luke Sandoe, decided to enter also. He returned to Florida a year later, and this time came runner-up at the Tampa Pro to rising star Hunter Labrada, making his pro debut. Placing aside, it wasn't a memorable look for Valliere. His tan was too light, and the huge man was under-carbed and flat, meaning nothing was popping. As luck would have it, the prestigious New York Pro had not only been postponed from its traditional date in May to early September, and moved to, guess where? Tampa! lain set his sights on that and went to work. What followed was one of those feel good moments in sports, where the underdog rises from defeat to claim victory. To gain an insight into his mental state and how he made that win happen, I present to you two interviews conducted with him that fateful weekend in Tampa: one the night before the contest, and one moments after he became the 2020 New York Pro Champion.

I was here in Tampa just five weeks ago watching you take second place to Hunter Labrada. You’re back for vengeance!

I’m here to prove to myself that I have more in the tank than what you saw at the Tampa Pro. I’m excited to be here.

I’m just going to come right out and ask you, what went wrong? I know that wasn’t the Iain I should have seen. I’ve seen you so much better.

I was about 60 percent there. You’re going to see a vastly different Iain tomorrow. The short story: bad tan, stressed out of my mind, and flat as a pancake.

There was speculation that being alone to compete in a foreign country was disastrous. But it’s true, being by yourself as a pro trying to qualify for the Mr. Olympia is not ideal. You basically need a gofer for situations that arise like, oh shit, I’m out of rice cakes, I need to go get more! Just someone to handle things so you can relax and rest. Did being on your own play a role in your looking the way you did?

It had some impact for sure. Having to walk around and leave the hotel to do stuff drains you. With my color, having a second set of eyes to say you’re still too light would have helped. I’m not saying being alone was the determining factor, but all these things did play a role. That was my first time going to a show alone, so it was new territory for me. It added to my anxiety and stress levels. My wife Melissa is here with me with this time.

(At this point, I ask Melissa to join the interview) 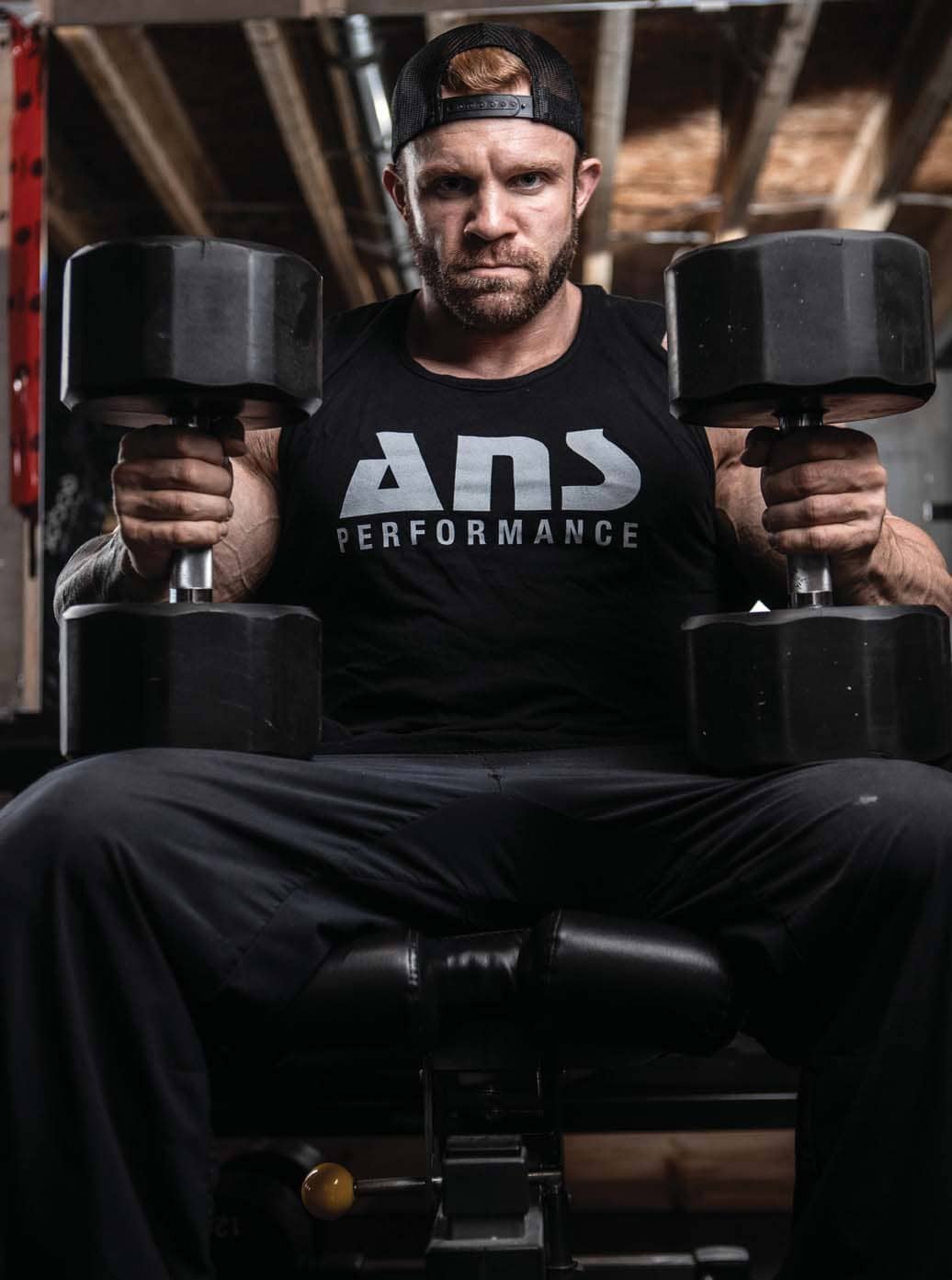 Why couldn’t you make it last time?

(Melissa) I have a job, and in Canada, if we come to the USA, we have to quarantine for two weeks when we get home. It would have been three weeks off work in all. Looking back, I would have just done it. Foolishly, we didn’t think it would be that big of a deal. I’ve gone to shows alone before, but as a bodybuilder it’s different. I didn’t even attempt to take the three weeks off work. This time it was non-negotiable. I was coming whether I had a job when I got back or not.

That’s a keeper there, Iain!

My employer was super supportive, so it’s fine. I’m happy I’m here now so it’s gonna be a very different experience. (Now back to Iain)

After the Tampa Pro, did you immediately know you’d do another show?

Yes. There was absolutely no way I was gonna hang it up after that. The second place in that show didn’t reflect how I looked in my mind. In my mind that was a last-place look. I know I had so much more to show than that. Tan aside, flatness aside, it was just I knew I had way more and there was no way I was going to end a season displaying barely 50 percent of what I know I have. For me to see that, I had to get back up there and prove to myself that I haven’t worked for 15 years to display a physique like that. Obviously I want to qualify for the Olympia and I will this weekend, but that was secondary to the fact of just getting back on stage and proving to myself and everybody else that wasn’t Iain. 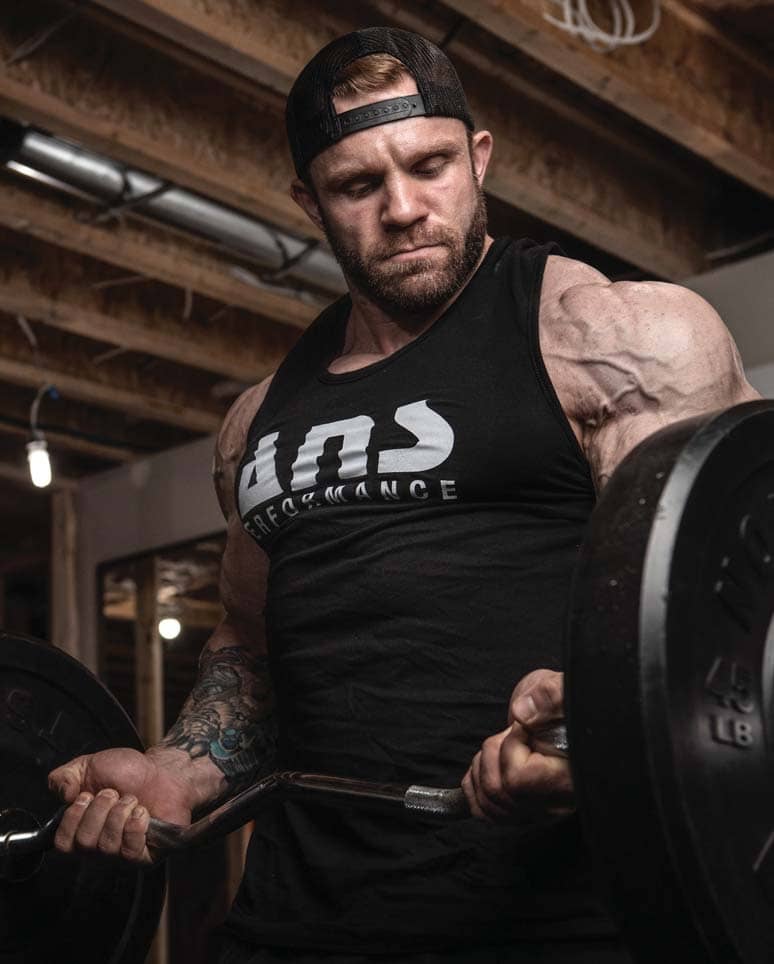 Your true fans knew that. The 2018 Mr. Olympia was a phenomenal look for you, as was the Tampa Pro in 2019. I feel you’re not always being judged on how you look that day, but compared to the best version of you we’ve seen.