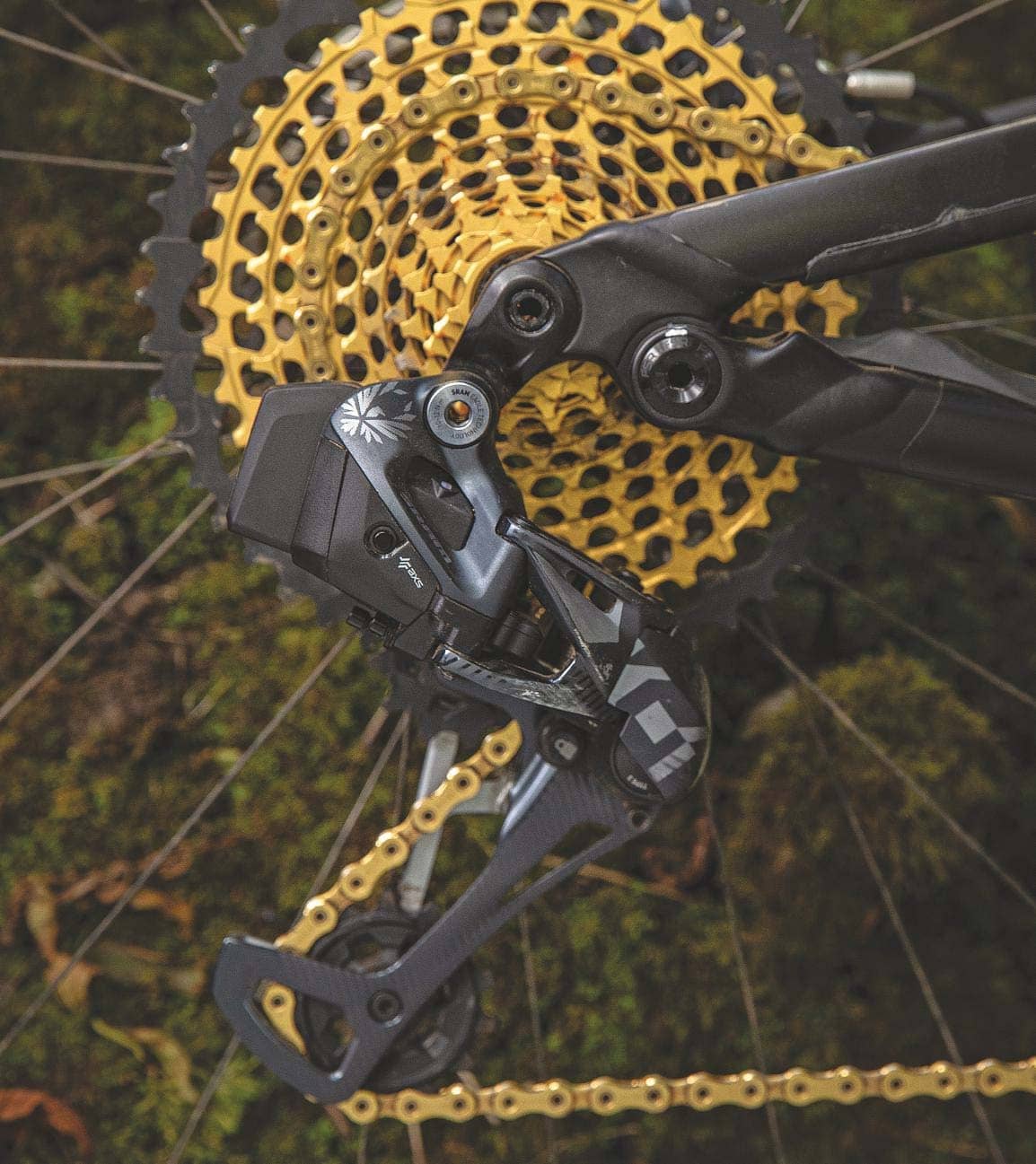 “How much? That’s become the immediate response to so many new mountain bike products, and with a price tag of nearly a grand for a derailleur and shifter, SRAM’s AXS upgrade pack takes the humble drivetrain into previously uncharted waters, where the depth of your pocket must be measured in fathoms.

To put this into some context, a cable-operated SRAM XX1 derailleur and shifter costs around £430, which is strong money considering Shimano's top end XTR is around £300. But the X01 AXS upgrade kit more than doubles that price, even if you do get a battery and charger thrown in. Enough about the price though, because if you’re seriously in the market for an AXS upgrade you’ll be well aware of how much it costs, and will have reconciled yourself with that fact. What you really want to know is, is it any good? And my unwavering answer to that question is, yes, it is very, very good indeed.

The upgrade kit is suitable for anyone with a current 12-speed SRAM Eagle drivetrain, be that 10-50t or the newer, wider-range 10-52t. It replaces your rear derailleur, shifter and inner/outer cable, with the mech simply screwing into your mech hanger and the shifter attaching to the bars with either the included band-on clamp or a Matchmaker mount. You’ll need to split the chain, or remove the lower pulley wheel, to install the mech, but fitting the system is ridiculously quick and