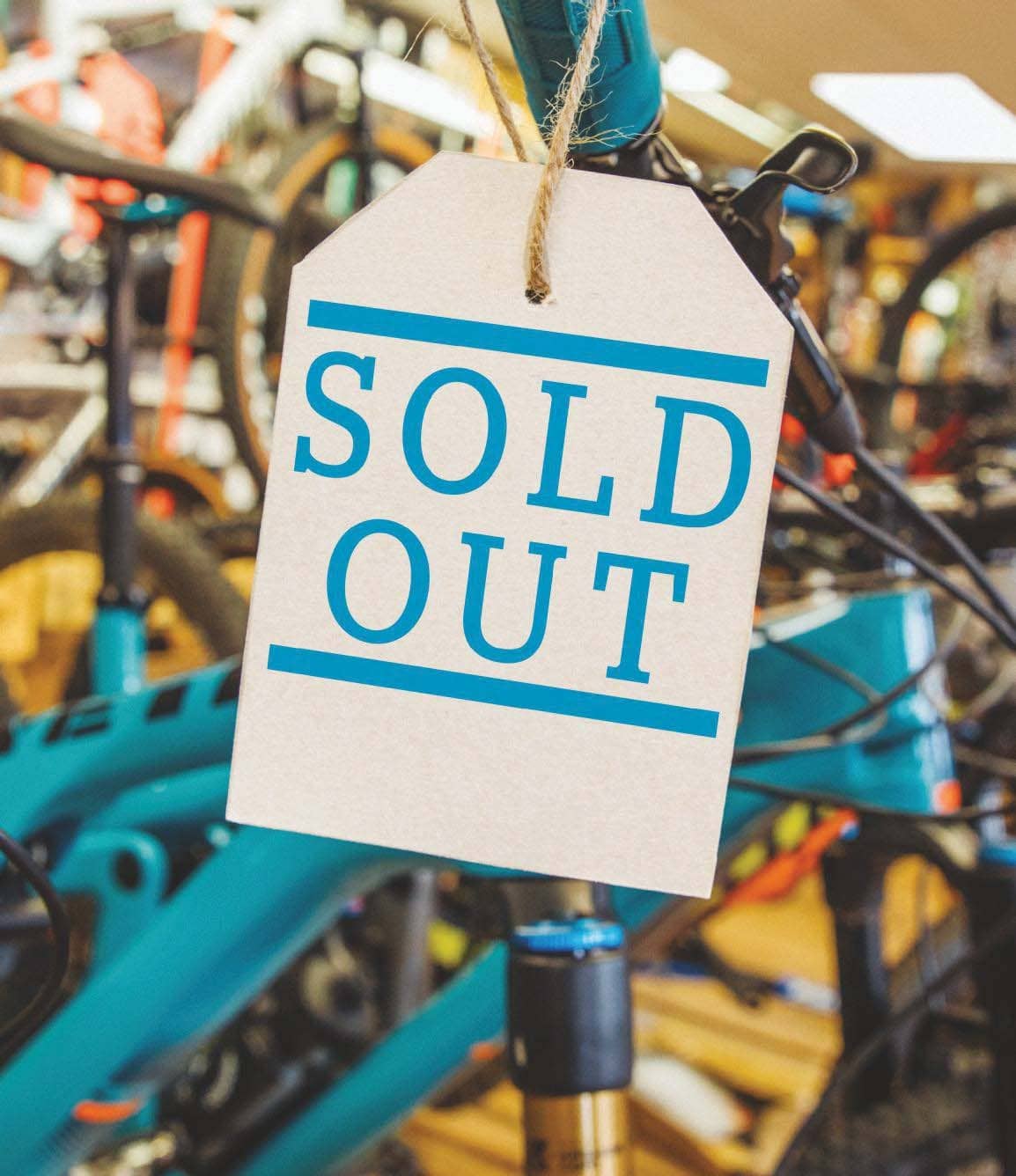 Online and in-store, everything from hard tails to e-bikes are out of stock: where have all the bikes gone?

Out of stock. Three little words that have come to haunt retailers these past three months, as websites and shops run out of bikes. From big players like Leisure Lake Bikes and Chain Reaction Cycles, to small independent shops like Ace Bicycles and MB Cyclery in Surrey, decent bikes have been getting harder and harder to find. Hardtails and entry-level bikes are about as scarce as bog roll was in April, while some brands have reportedly completely run dry of e-bikes and high-end trail bikes too.

“We’ve never seen anything like it, every bike shop has sold out,” says Rob Sherratt from Nukeproof. “My mate runs a bike shop down the road, a Leisure Lakes store, and there are people coming in saying: ‘we have £1,500 to spend, what can I buy?’”

So what’s going on? Is there a blockage in the supply line, with factories temporarily closing in the Far East, or have UK riders stripped the shelves bare, adding bikes to their shopping lists alongside pasta and bottled water?

There have indeed been supply-side problems, according to Andy Jeffries from Whyte – Shimano’s rotor factory in Malaysia shut for nine weeks in March, while shipping has naturally been delayed, with fewer containers moving across the seas. “There’s not been one big issue, though, it’s numerous issues that have contributed,” he says.

Supply-side problems have been dwarfed by a huge surge in demand though, with people desperate to get hold of new bikes, or sort out their old neglected ones. “It’s been crazy, we sold a month’s worth of Scout hardtails in the space of about 20 minutes,” says Sherratt.

The phenomenon started at entry-level bikes, with decent hardtails for £375 being snapped up in the early weeks of lockdown. Then the price points crept up and up as bikes sold out at the cheaper end. “First it was £500 hardtails, then we sold out of £600 ones, then that became £700 and now I think the cheapest bikes we have are £900 hardtails,” Toby Pantling of Ace Bicycles in Guildford says.

Trying to find bikes from our own Hardtail of the Year test that are still available to buy has become nearly impossible. The £350 winning bike, Calibre’s Two Cubed, is sold out, as is the £500 category winner, Vitus’s Nucleus 27 VR.

Specialized says it’s seen an explosion of demand across its entire range, from Rockhoppers at the bottom to Levos at the top of the price tree, and naturally this is what’s causing a slowdown in supply. Orange said it practically ran out of hardtails at one point, with stock of the Crush not expected until October. Similarly, Coptic launched its new bike last month, the BFeMAX hardtail, and sold half the stock in just a single weekend.