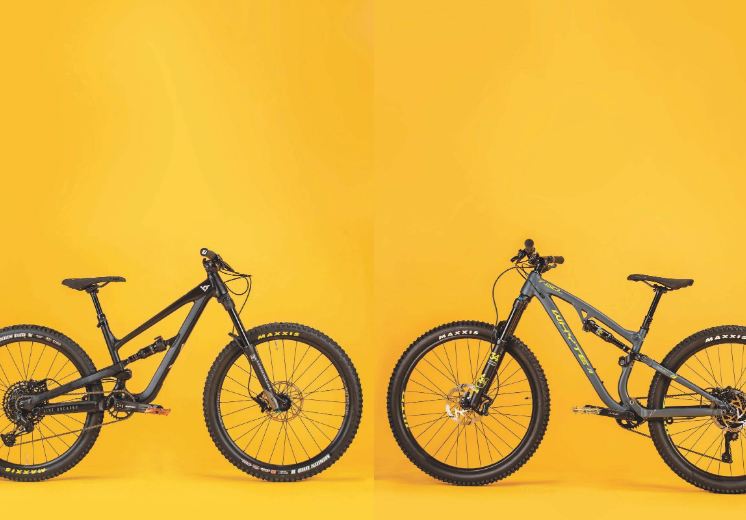 Full suspension for eight-year-olds: YT and Whyte take kids’ bikes to the next level

Last year YT showed us something special, a new prototype kids’ bike that 10-year-old ripper Harry Scofield had been testing for them. Based on the Jeffsy trail bike, it brought 140mm travel, top-end components and suspension designed for lightweight riders into the hands of children. Great for Harry, but what about the rest of us with kids?

Well now YT has brought the bike to production: called the YT Jeffsy Primus JP, the new bike comes with 24in or 26in wheels and costs £1,599 to £1,699, depending on the wheel size. YT says it’s been designed to fit riders from 135cm to 160cm, which means it’s targeted at kids from eight to nine years old in 24in-wheeled guise, stretching up to teenagers in the 26in-wheeled bike. The smaller-wheeled bike delivers 130mm travel through its Manitou McLeod shock, while the 26in dishes out 140mm of travel with a RockShox Deluxe Select+ shock.