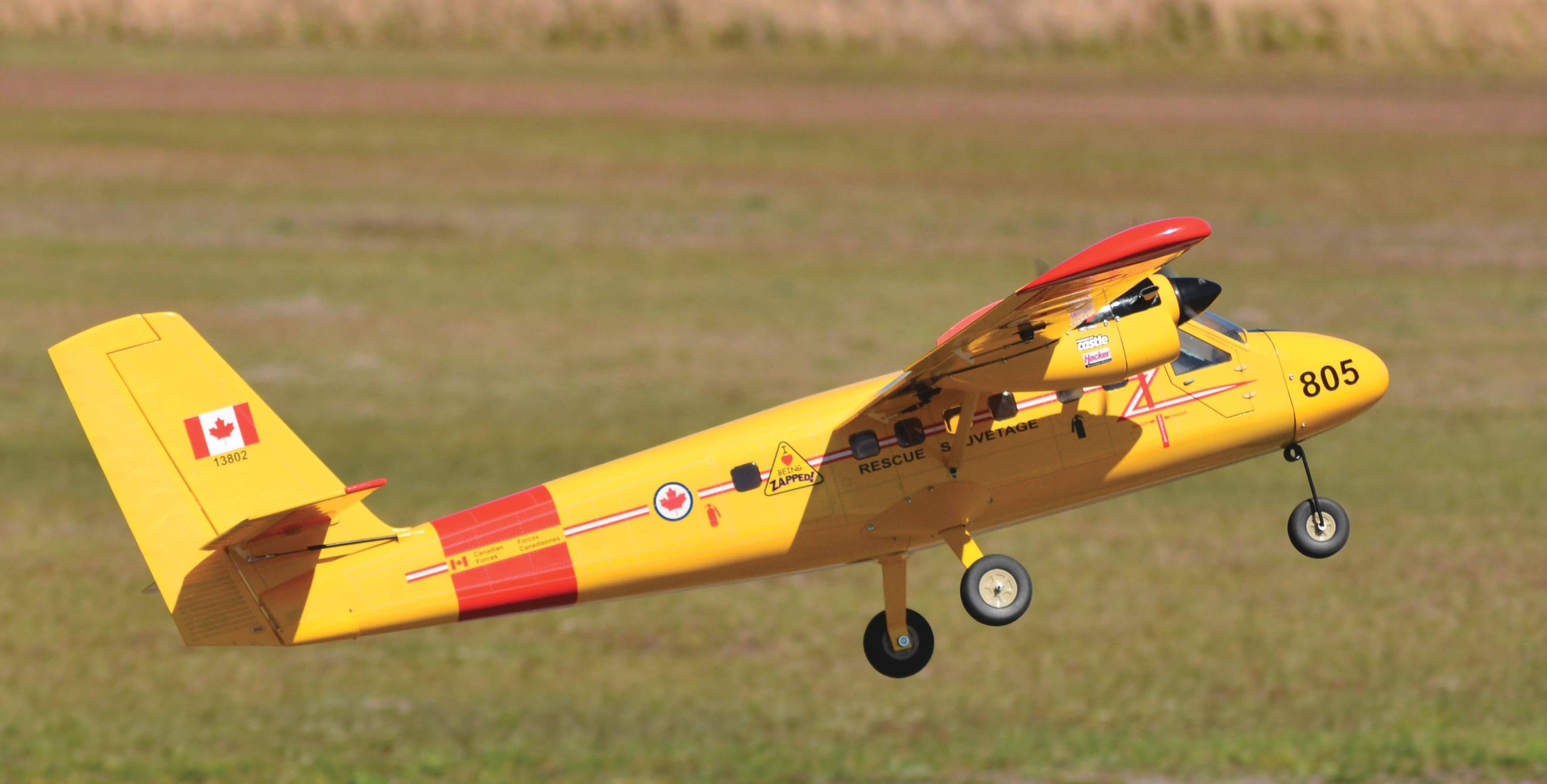 Fun to build and even more fun to fly!

The de Havilland Canada DHC-6 Twin Otter is a Canadian 19-passenger utility aircraft developed and currently produced by Viking Air. The aircraft’s fixed tricycle undercarriage, STOL (short takeoff and landing) capabilities, twin turboprop engines, and high rate of climb have made it a successful commuter passenger airliner as well as a cargo and medical evacuation aircraft. In addition, the Twin Otter has been popular with commercial skydiving operations, and is used by the United States Army Parachute Team and the United States Air Force’s 98th Flying Training Squadron. One of the things I enjoy most about this built-up ARF model is that, while you may not actually “build” anything, you certainly do more than just snap it together. The VQ Warbirds Twin Otter is intended for intermediate builders and pilots, and with its excellent flight characteristics, it would make a terrific first twin. 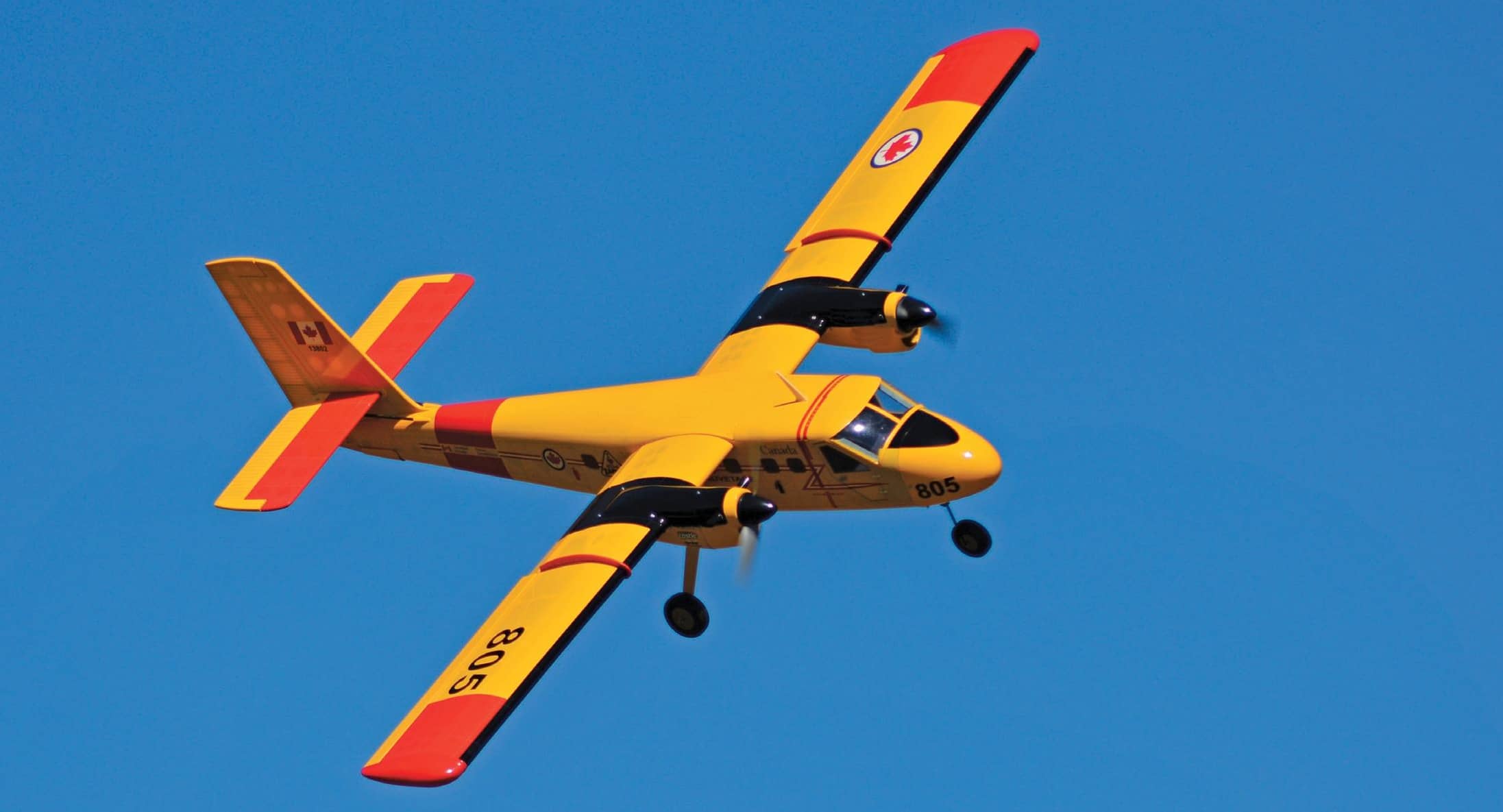 The instruction manual has 13 pages of large, clear drawings, showing exactly how to complete the steps to allow the parts to go together perfectly. The builder must do a little cutting of covering material, install hinges, screw in servos, mount motors and landing gear, and complete a few other easyto-do operations to produce the fine-looking model you see in the photos. Every major step has a simple drawing showing how to do the procedure. One of the most novel things in the “kit” is an alignment jig, which makes setting up the incidence of the main wing and stabilizer as simple as ABC. 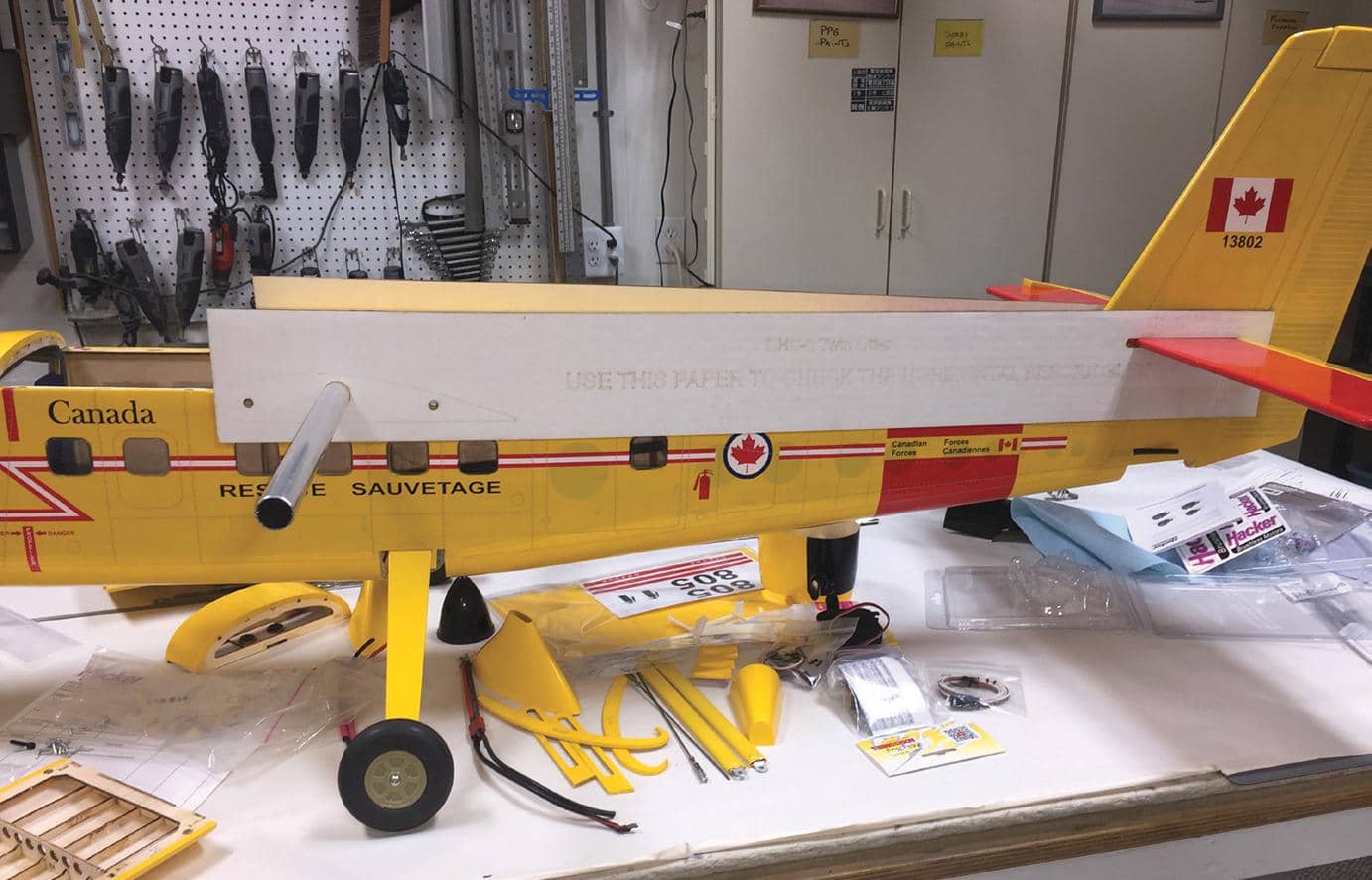