The 10th annual WW I gathering is a big success

Bob Curry
As a lifelong RC modeler and a fan of building and flying World War I models, there are two RC events that I look forward to attending each year and would not miss. The first is the Old Rhinebeck Aerodrome WW I RC Jamboree held in Rhinebeck, New York, and the second is the Blue Max Scale R/C Challenge and Fly-In held in Sanford, Florida. This year, the Blue Max Challenge celebrated a milestone: its 10-year anniversary. Since I’ve moved from Woodstock, New York, to Lakeland, Florida, I’ve been able to participate in all 10 Blue Max events and have been pleased to see it grow into a premier RC event.

Founded by Mike Celesky, John Olson, and Ron Prestin, the Blue Max Scale R/C Challenge and Fly-In are dedicated to the early pioneer, WW I combat, and classic aircraft that flew between 1903 and 1919. Hosted by the Sanford Aero Modelers RC club, the event takes place at its flying field in Sanford. Although the weather was on the cooler side this year, the venue was, as always, an enjoyable gathering for those who love early and pioneer aircraft. Contest director Scott Lee did a great job keeping everything running smoothly, just as he has been doing for the past eight years. 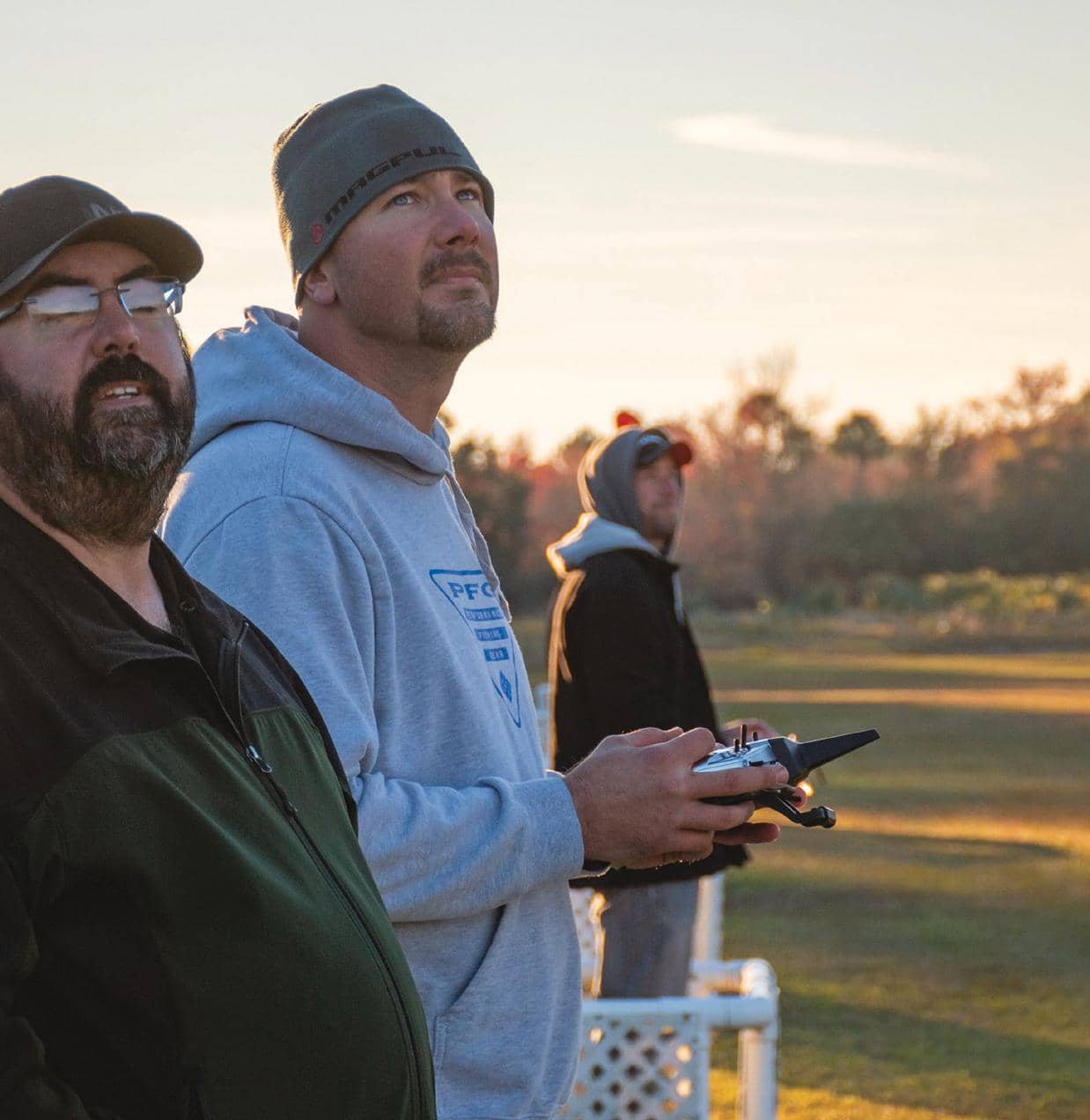 This year, my son Sean and I made the two-hour drive to the Sanford flying field, arriving about 10:00 a.m. We immediately began to assemble and rig my Balsa USA 1/3-scale Sopwith Pup and prep it for flight. I did, however, take time out to walk the flight line and pit area just to meet old friends, get introduced to a few new ones, and take in all the amazing and beautifully detailed WW I model aircraft. Each year, the event seems better than the last, and this year was no exception. There was a good mix of mostly 1/4- and 1/3-scale models as well as an additional eye-popping half-scale Fokker D.VI.