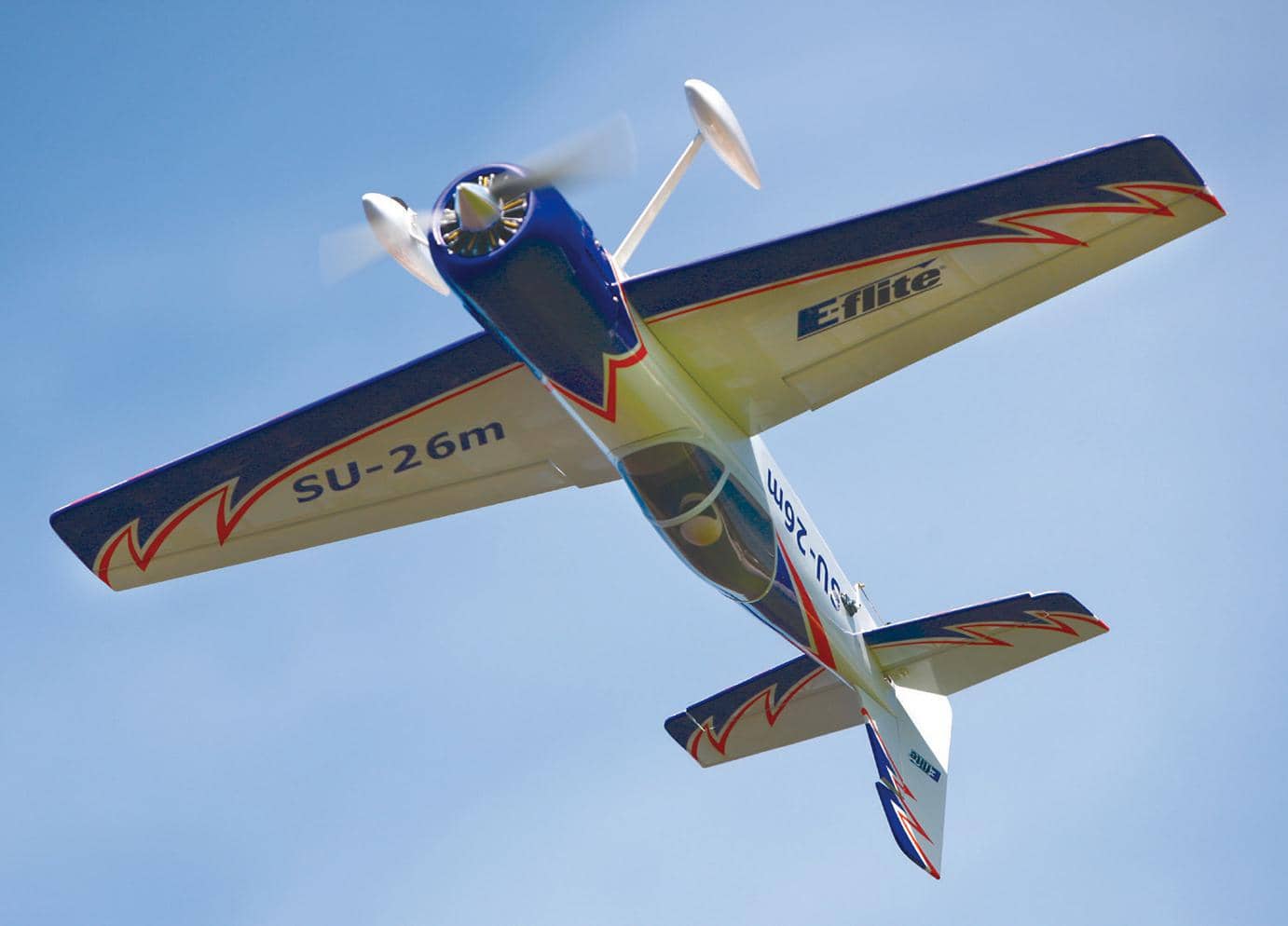 Inverted excitement at its best

In the early days of full-size aviation, spins were often fatal because most pilots did not understand how to properly recover the situation. While in an upright spin, the pilot would pull back on the elevator stick in an effort to save the airplane (and their life), which only make the situation worse. Since the spin occurs when the aircraft is in a stalled state, adding elevator just keeps the airplane stalled.

New RC pilots may be unfamiliar with the term “stall” as it applies to various aerobatic moves, as most student pilots are only aware of the consequences that stalling their airplane on landing can have. Some maneuvers, however, are performed while the aircraft has stalled, such as the stall turn, the tail slide, and the spin, to name a few.

Let’s examine the key control inputs for executing the three-turn negative spin. A proper negative spin entry begins from inverted horizontal flight at a fairly high altitude. You then decrease throttle and feed in enough down-elevator to maintain altitude. Eventually, elevator authority will not be effective and the airplane will stall. At that instant, the nose will fall and a wingtip will drop in the direction that the spin rotation should be flown. If the left wingtip drops, the pilot should perform the spin to the left, which will require left aileron, right rudder, and down-elevator. Similarly, if the right wingtip drops, the pilot should apply right aileron, left rudder, and down-elevator.

Let’s start by taking a look at how your aircraft has been set up. We will then go over the inputs needed to execute this maneuver as well as a few key flight techniques.

I prefer to use flight modes, and in the simplest form, this means that all dual and/or triple rates can be found on one switch. If you want to perform a maneuver like the spin, you don’t need to remember which independent switch setting you used for the rudder, elevator, and ailerons. Instead, you can apply all these deflection and exponential amounts to one switch position to simplify your life.