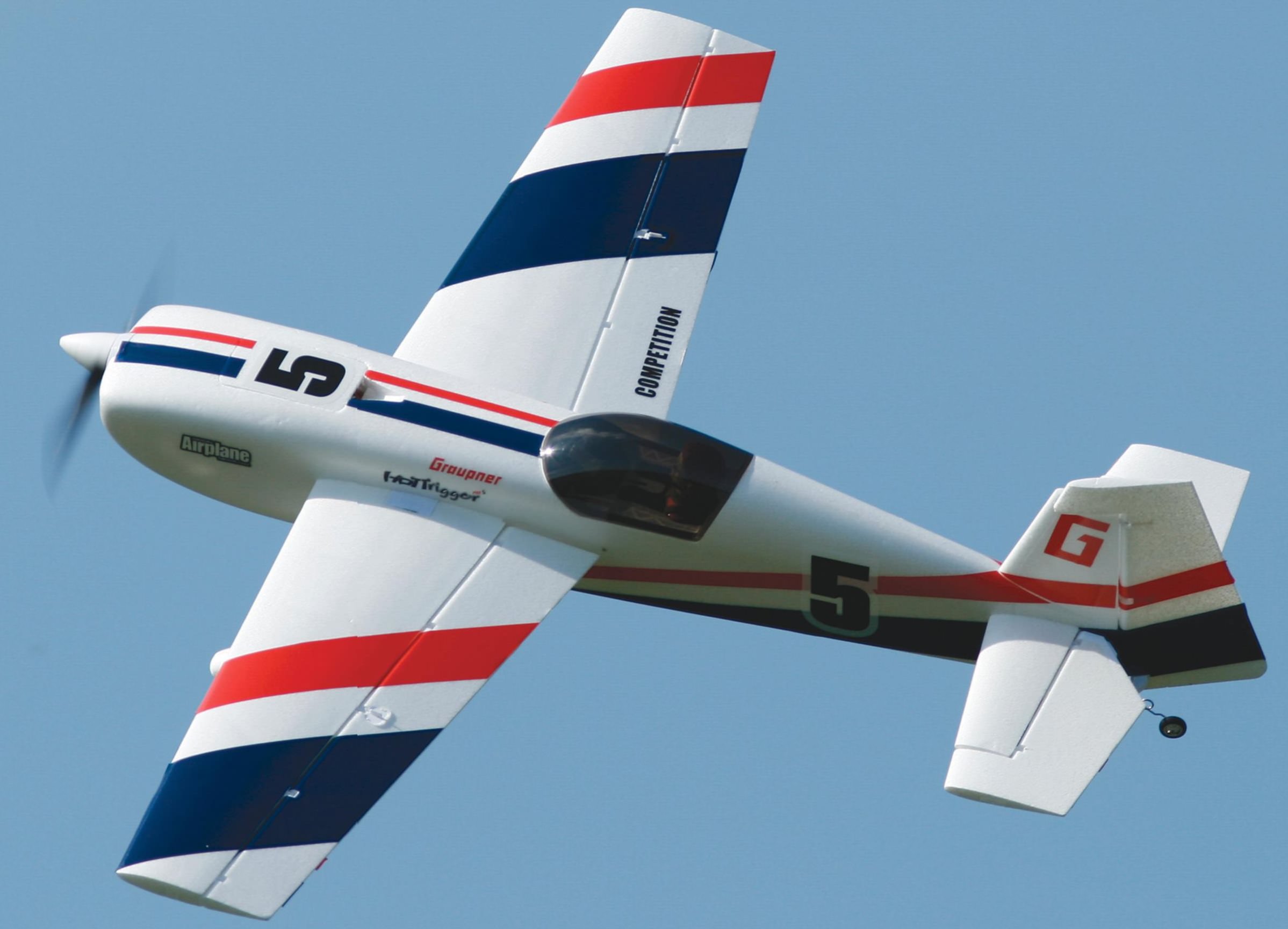 Graupner’s latest offering, the HoTTrigger 1400S V2 Competition Plug-and-Play (PNP), includes many performance and durability upgrades to the original high-performance aerobatic model. According to Graupner, the HoTTrigger combines the best attributes of the Extra 330SC and Edge 540 designs and incorporates a NACA 63A-mod airfoil for outstanding performance at any speed. Like its predecessor, it is a PNP model that only requires a receiver and LiPo battery.

The HoTTrigger is constructed out of Solidpor, a dense, lightweight foam requiring no reinforcement. The main upgrades of the V2 include a more powerful motor, larger-diameter motor shaft, and metal-gear servos. Included in the box are the fuselage, two wing halves, horizontal stabilizer, vertical fin, landing gear, tail gear, canopy, carbon-fiber wing spar, pilot figure, assembly manual, spinner, and prop. Two sets of graphics are included: a racing/competition set and a cutaway design. Because it comes unpainted, the plane provides a blank canvas for those pilots wishing to customize the model. It is easy to remove the wings for transport or storage using Graupner’s innovative wing-attachment latch. The model’s convenient size, however, lends itself to transport and storage fully assembled.

With the motor, speed control, and servos all factory installed, assembly is super quick. The HoTTrigger’s performance will satisfy the average sport flier as well as the hard-core 3D pilot. The airframe appears to be durable, and its honest flight characteristics make it suitable for anyone with some low-wing flight experience.