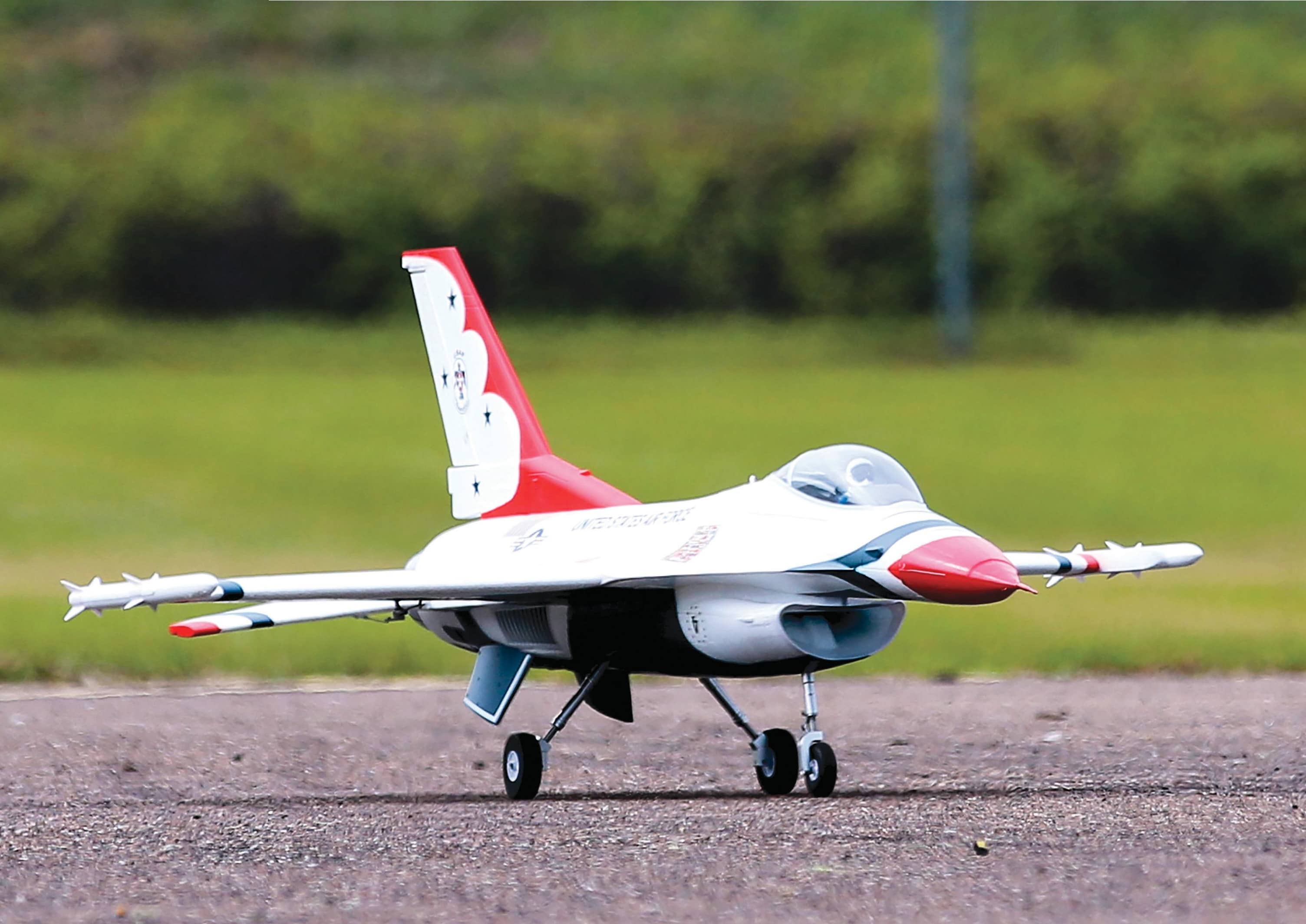 “Showcasing the pride and precision of today’s Air Force”—that’s the motto of the United States Air Force Air Demonstration Squadron, better known as the “Thunderbirds.” Based at Nellis Force Base near Las Vegas, Nevada, the name is derived from local Native American legend of a mythical bird that creates thunder by clapping its wings and shoots lightning from its eyes.

The first time I saw the Thunderbirds in person, they were flying F-4 Phantom II fighters. I was just a wide-eyed kid at the time, but when the four planes of the diamond formation lit the afterburners to take off, there was no doubt that they lived up to their namesake. Even today, the sight of the Thunderbirds’ six-plane formation doing a flyover with smoke on gives me chills and makes me proud to be an American.

The aircraft of choice for the Thunderbirds since 1982 is the F-16 Fighting Falcon, and E-flite recently introduced the 70mm EDF F-16 in both Plug-N-Play (PNP) and Bind-N-Fly (BNF) Basic with AS3X versions. The F-16 is constructed out of injection-molded EPO foam, which is both light and easy to repair. The model includes retractable landing gear, a 12-blade 70mm electric ducted-fan unit with 70-amp speed control, and six 9g servos. The BNF Basic version also comes with a Spektrum AR636 AS3X stabilized receiver and requires only a 6S battery; the PNP version requires both a battery and a 5+-channel receiver.

The F-16 is easy to assemble, and while it’s easy to fly for a jet, it’s still a jet and requires intermediate airmanship skills. 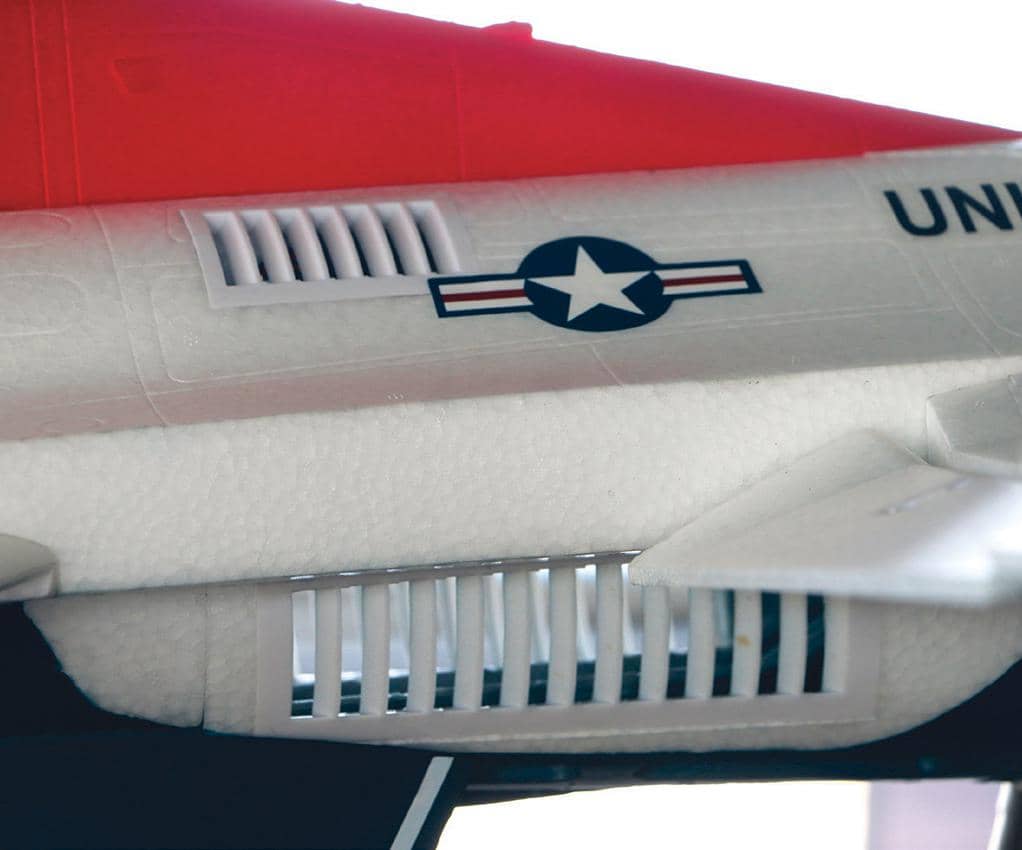