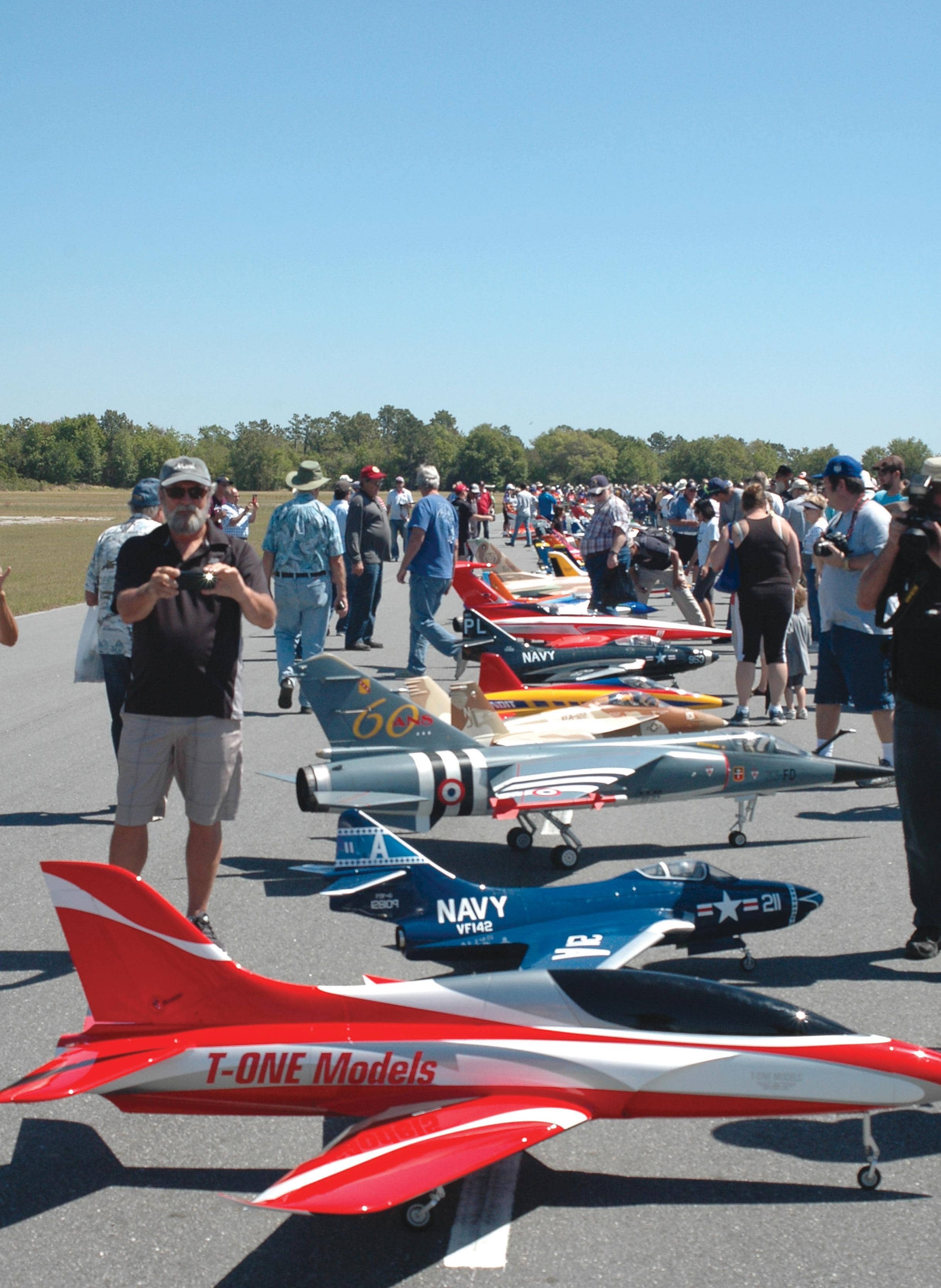 For many, the pinnacle of RC speed and performance is a sleek and slippery jet aircraft. At nearly every RC event, jets represent the highest level of design development, and they produce their power as efficiently as possible. Divided into two categories— electric powered and turbine engine—today’s jets offer an almost unlimited choice of aircraft styles. Whether you are interested in serious sport and aerobatic flight or fire-breathing scale competition, there are several RC jets out there that will suit your needs. For this article, we chose 10 jets for modelers interested in switching over to the fast lane. If you have a need for speed, read on! 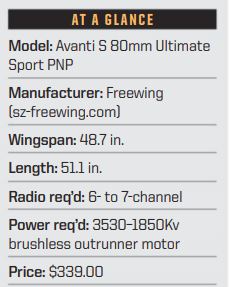 Freewing’s Avanti S is an offcially licensed version of SebArt’s turbine-powered Avanti S designed by Sebastiano Silvestri, a model that’s well known in RC aerobatic competition. Freewing’s version is an extremely attractive airframe that’s constructed out of smooth, well-finished molded EPO foam. A PNP jet, assembly is quick (an hour or so), and it comes with an 80mm EDF, a 3530–1850Kv brushless outrunner motor, a 100A brushless speed controller, eight 9g digital metal-gear servos, electric retracts with aluminum shock-absorbing struts, and a full set of running lights and beacons. Made out of molded EPO foam, the Avanti’s color scheme is well done, with both paint and decals. The battery- and radiocompartment access hatch is large, attached to the fuselage by both strong magnets and a latch at the rear. The hatch is covered by a basic cockpit and a tinted clear-plastic canopy. motionrc.com 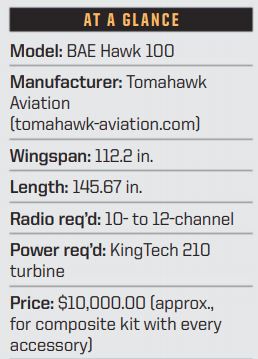 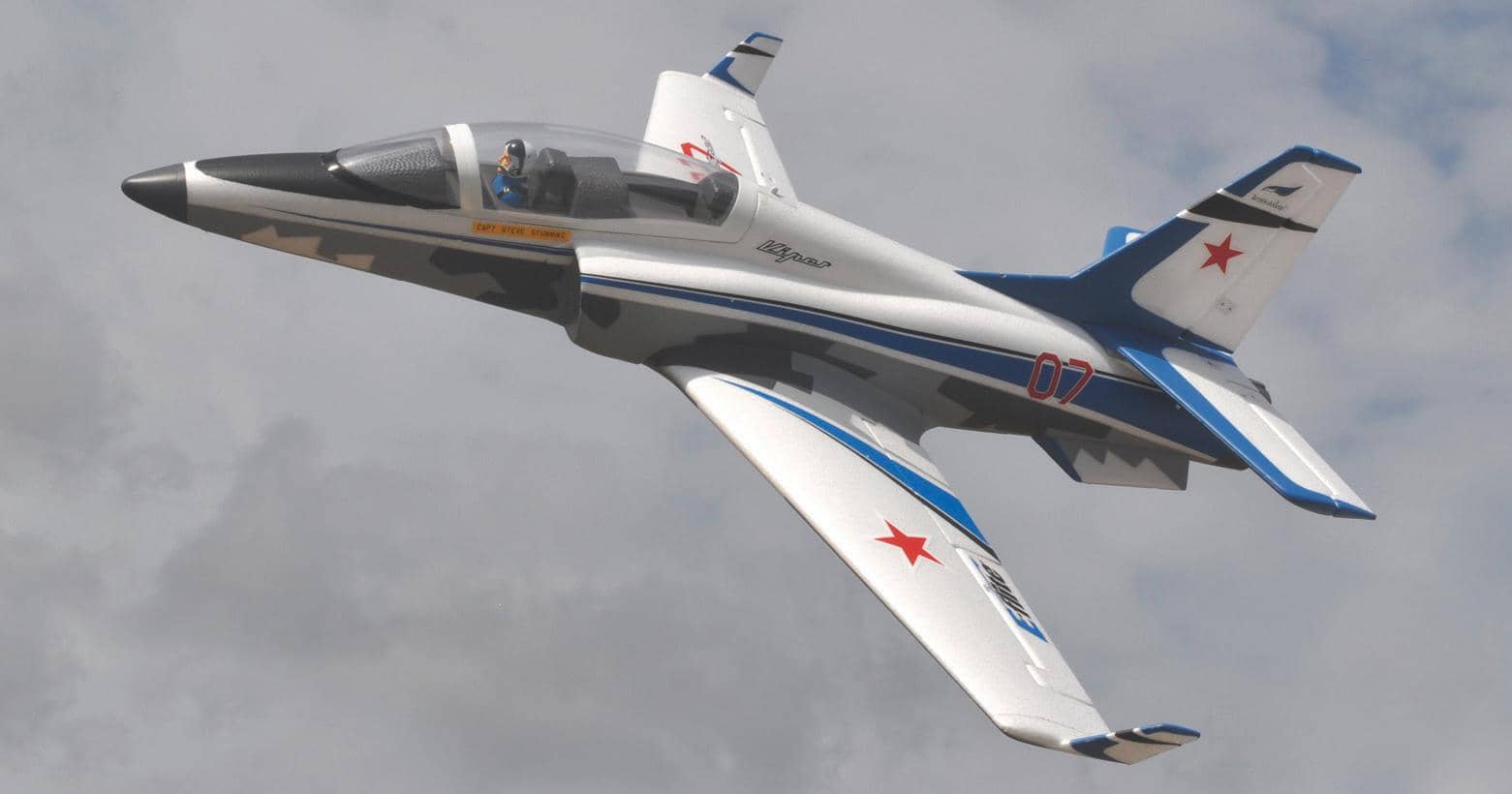 When it comes to just plain sexy-looking modern jets, the Viper has to be near the top of the list. The Viper EDF Jet has a slippery shape from nose to tail, with a tall canopy that doesn’t disrupt its sleek lines. Ideally suited as a first performance electric-ducted-fan jet for the newcomer, the Viper Jet is “right” sized, using a 70mm EDF unit, and it easily fits into the average-size car, fully assembled. It also delivers great performance enhanced by E-flite’s SAFE recovery and AS3X stabilization systems in the Bind-N-Fly Basic version with AS3X and SAFE Select. (It is also available in a Plug-N-Play version.) 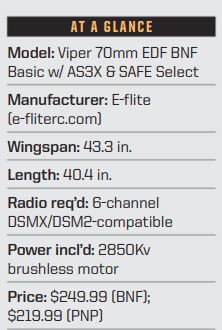