In the last column we looked at the 2- and 2½-inch .410s, the origins of which are a bit murkey. The 3-inch round suffers from no such ambiguity.

The Great Depression of 1929 had dealt a fatal blow to Winchester Repeating Arms Company. Western Cartridge Co., a profitable and well-managed business, had reportedly been looking for a gun manufacturer to buy and ended up owning Winchester in December of 1931. 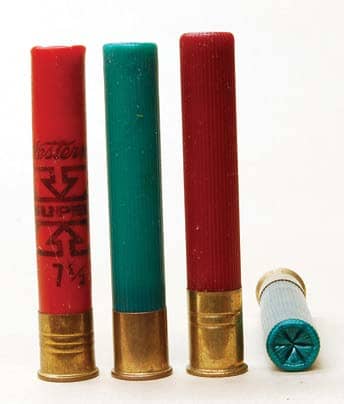 Western Cartridge Company owners Franklin W. Olin and his sons John M. and Spencer T. soon discovered they were also owners of a new pump shotgun design specifically tailored for the 21⁄2inch .410 shell. Begun in 1928 by Winchester engineer William Roemer, it was slated for production in 1932, but was now delayed for a very important reason.

A new long-range shotshell called SUPER-X from Western Cartridge Co. was gaining much attention among duck hunters. Western’s home in East Alton, Illinois, was on the great Mississippi River. This made such a shell quite logical. However, there was not yet such a thing as plastic shotshell components. Improvements had to come from paper wad design, harder shot and new progressive burning powders. 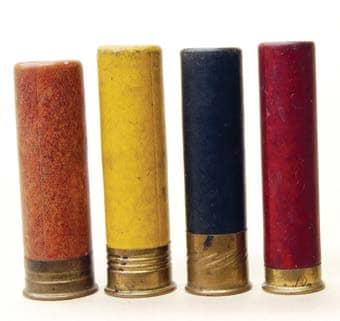 The chronicles tell us John M. Olin was an avid shotgunner who, along with some of his pals, thought the .410 should be improved for bird hunting. Thus Western Cartridge Co. lengthened the case to 3 inches, which upped the payload capacity to 3⁄4 ounce. Super-X technology was then applied to the round. It was announced in the 1934 edition of Western’s ammunition catalog.

Winchester’s 1934 catalog lists the 3-inch .410 under its Repeater Super Speed loads. A 5⁄8-ounce shot charge was supposedly available as well, but not listed in the catalog. Velocity of this load was reported to be 100 fps over that of the 3⁄4-ounce charge, which barely made 1,100 fps. 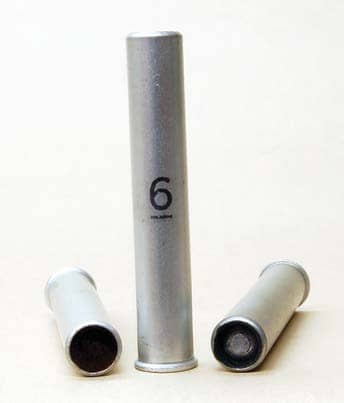