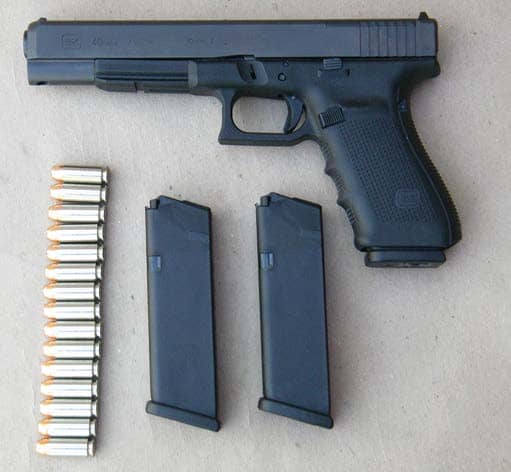 In 1980, the Austrian Armed Forces announced it was searching for a new sidearm for military use and outlined a rather lengthy criteria list. Gaston Glock had no experience at designing firearms; however, he did have extensive experience with synthetic polymers and engineering. He assembled a team of European handgun experts to help in working out design features and details of the new pistol. His first gun was the Glock 17, which was the first commercially successful handgun to feature a polymer frame.

In spite of great skepticism from many sources to the effect that a pistol with a synthetic frame “could not possibly withstand the stresses necessary for endurance,” the Glock 17 proved durable and reliable. After extensive testing, the Glock 17 was adopted in 1982 by the Austrian Army and police. In the decades since, Glock has introduced more than 170 variations of the original design, chambered from .22 Long Rifle to .45 ACP. Glock pistols have gained huge worldwide popularity with countless military and police organizations, but also civilians that use them for recreation, competition, personal protection, etc. To date, around 10 million guns have been sold. 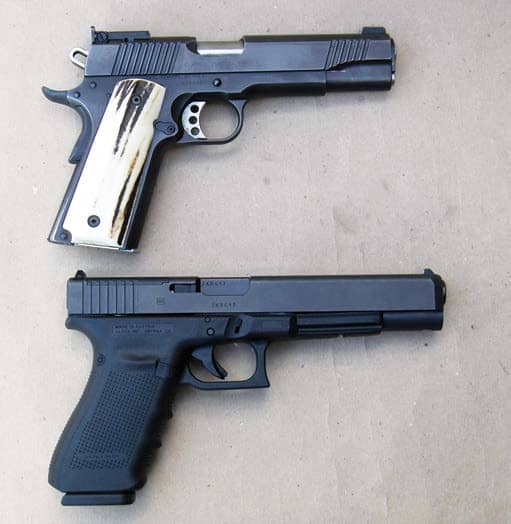 For this column, I selected the G40 Gen4 MOS chambered in 10mm Auto, which is built on the large frame and is Glock’s largest pistol. As such, it is probably not ideal for all shooters, especially those with smaller hands. It does offer a four-piece modular backstrap that allows the shooter to change the feel and size of the grip frame, but does not permit making it smaller than its original form. Other features include a 6.02-inch barrel and 15-round magazine capacity (with two extra magazines included). The flat black slide is gas nitride treated, which has proven rust resistant, tough and durable. And it has the familiar “safe action” that is a constant operating system that includes a trigger safety (with protected pivoting center), firing pin safety and drop safety. Like most out-of-the-box Glock pistols, trigger pull was heavy, even heavier than most others, at 6.5 pounds. For lefthanded shooters, the magazine catch is reversible. In spite of its size, it weighs 35.45 ounces empty (with magazine installed). 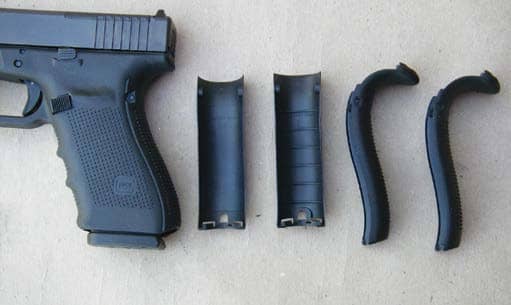