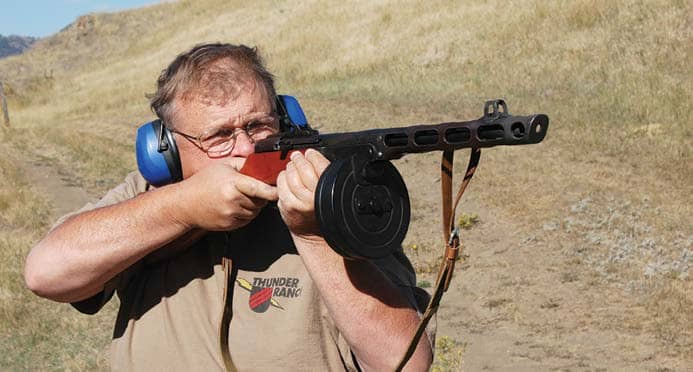 There exists a cartridge that has maybe been fired in greater quantity than any other centerfire handgun round except the 9mm Parabellum. It’s the Soviet Union’s 7.62x25mm. The word Tokarov is often added to its title, indicating the semiauto pistol which it was introduced with. Also, as compared to the 9mm Parabellum, which has been chambered in an incredible number of varying firearms designs, the 7.62x25mm was only used in a few types of handguns and submachine guns.

A natural question would be, how can the number of rounds fired be so high if the firearms chambered for it were so few? Understand this: It was used in a meager selection of firearms designs, but the numbers made of each were astounding. For instance, the introductory pistol for this cartridge was the Soviet Union’s TT30. It was a semiauto sharing many traits with John

M. Browning’s Model 1911, including an eight-round magazine. Three years later, some refinements were made, and the new pistol was renamed TT33. It was the Soviet Union’s basic semiauto handgun through World War II and into the 1950s. Furthermore, pretty much every European nation occupied by the Soviet behemoth and its Communist Chinese allies produced TT33 knockoffs in their own factories. The total numbers produced are impossible to pin down accurately, but they were made in the millions. Many TT33s, mostly of Chinese make, were brought home from Vietnam by American veterans.