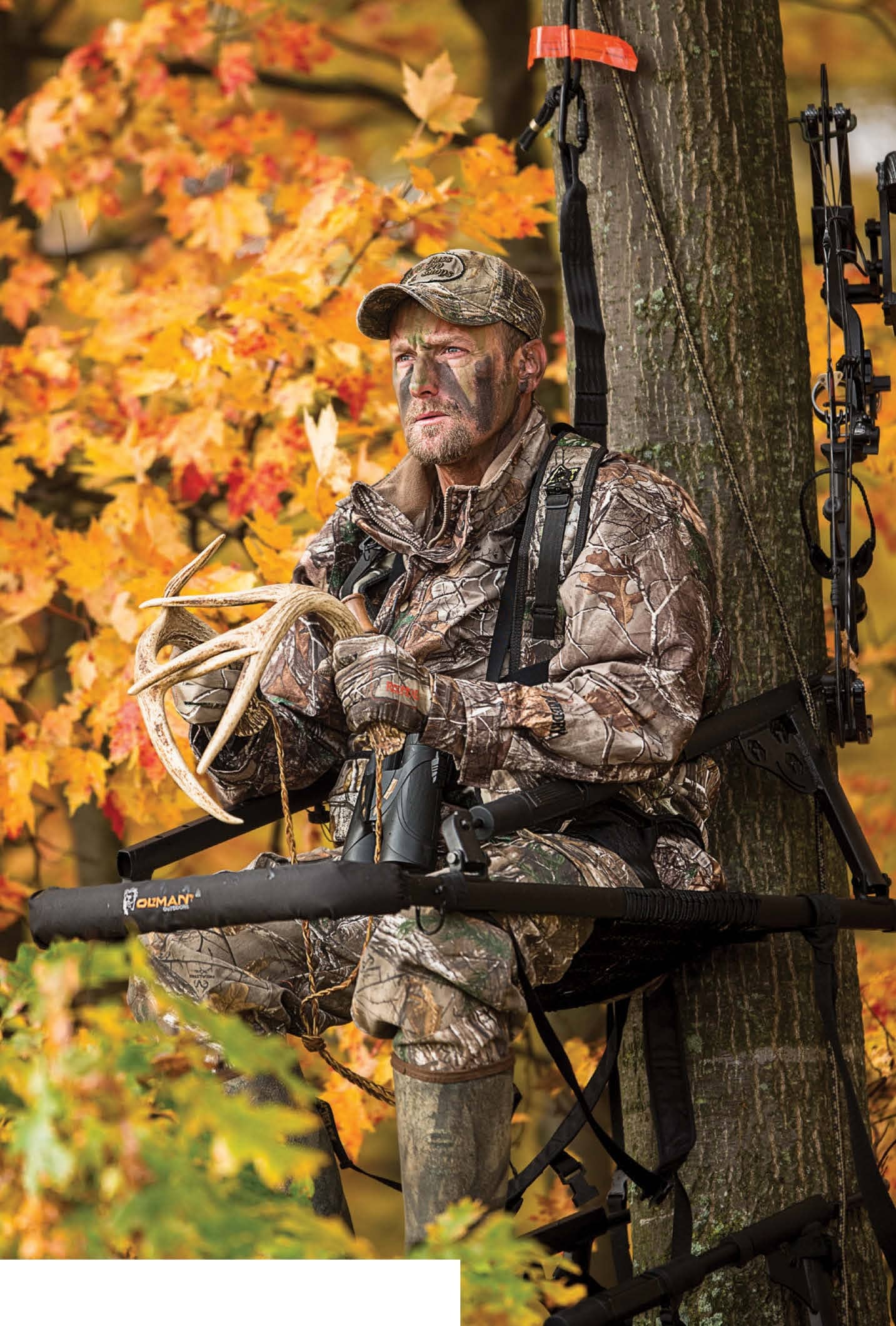 Keep making the right sounds, and you’ll call in bucks By Will Brantley

I WAS IN HIGH SCHOOL the first time I rattled up a buck. My buddy and I were sitting on the edge of a big clover field, watching a little 8-pointer chase two does at the other end. “I’m gonna rattle at him,” I whispered with the clueless confidence of a 16-year-old. I’d watched enough hunting tapes to know how to do it.

Not 30 seconds into crashing a pair of shed antlers together, a Booner-class 13-pointer charged into the field from our right and stood 35 yards away. “Shoot him,” I hissed. And my buddy did, right through the lungs with a muzzleloader bullet. It’s still one of the biggest bucks I’ve ever had in front of me.

The next day, I was thinking about dropping out of school to become a guide. Problem was, I couldn’t seem to make rattling work again. I tried a bunch and kept waiting for another giant to explode out of the shadows. But it never happened. So I’ve kept mostly quiet on stand since then—until last fall.

Back in October, I was interviewing Georgia big-buck expert Jay Maxwell for a story on late-season deer hunting when we got on a tangent about rattling. Maxwell, who holds the nontypical whitetail archery state record and has arrowed 15 P&Y-class bucks, is a big believer in hitting the horns. He says too many hunters fail to rattle up bucks because they don’t try often enough—and because when they do try, they don’t make the right sounds.