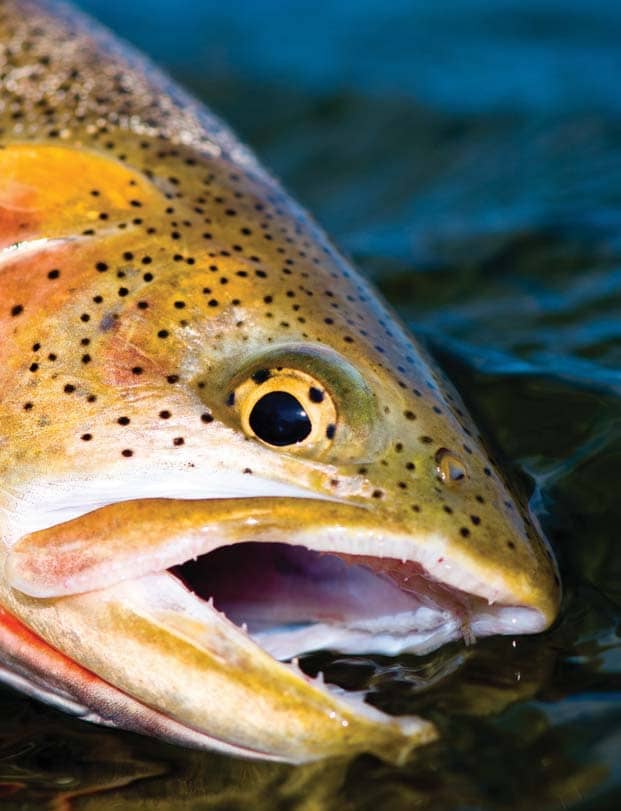 If a friend trusts you enough to share their secret fishing spot, it’s on you to keep it sacred

WE AWOKE IN the dark to pack the truck and head out. Driving north, through country less settled by the mile, he went over the rules. Again.

“You can’t tell anyone anything about any detail of where we’re going,” he reminded me. “Not the nearest town. Not the name of the creek. No posting on social media. No photos that show horizons or even cliff faces. Close-ups of fish, maybe. But be careful.

He never finished his thought. He didn’t have to.

It was a two-hour drive to the trailhead, if you could call it that, and then we hiked with backpacks and fly rods along a series of old roads, foot trails, and game trails. We crawled over downed timber. We bashed through thickets of alder. All the while, my friend knew exactly where he was going. I could have been on the face of the moon. Once, at a large muddy wallow in an aspen grove, he waited for me to catch up.

“Step in my tracks so it doesn’t look like a couple of guys are hiking in here,” he said. The expression on his face was a mix of conspiratorial frown and sheepishness. “I know it sounds crazy. But trust me. A few more miles, and you’ll understand.”

And in a few more miles, I did.