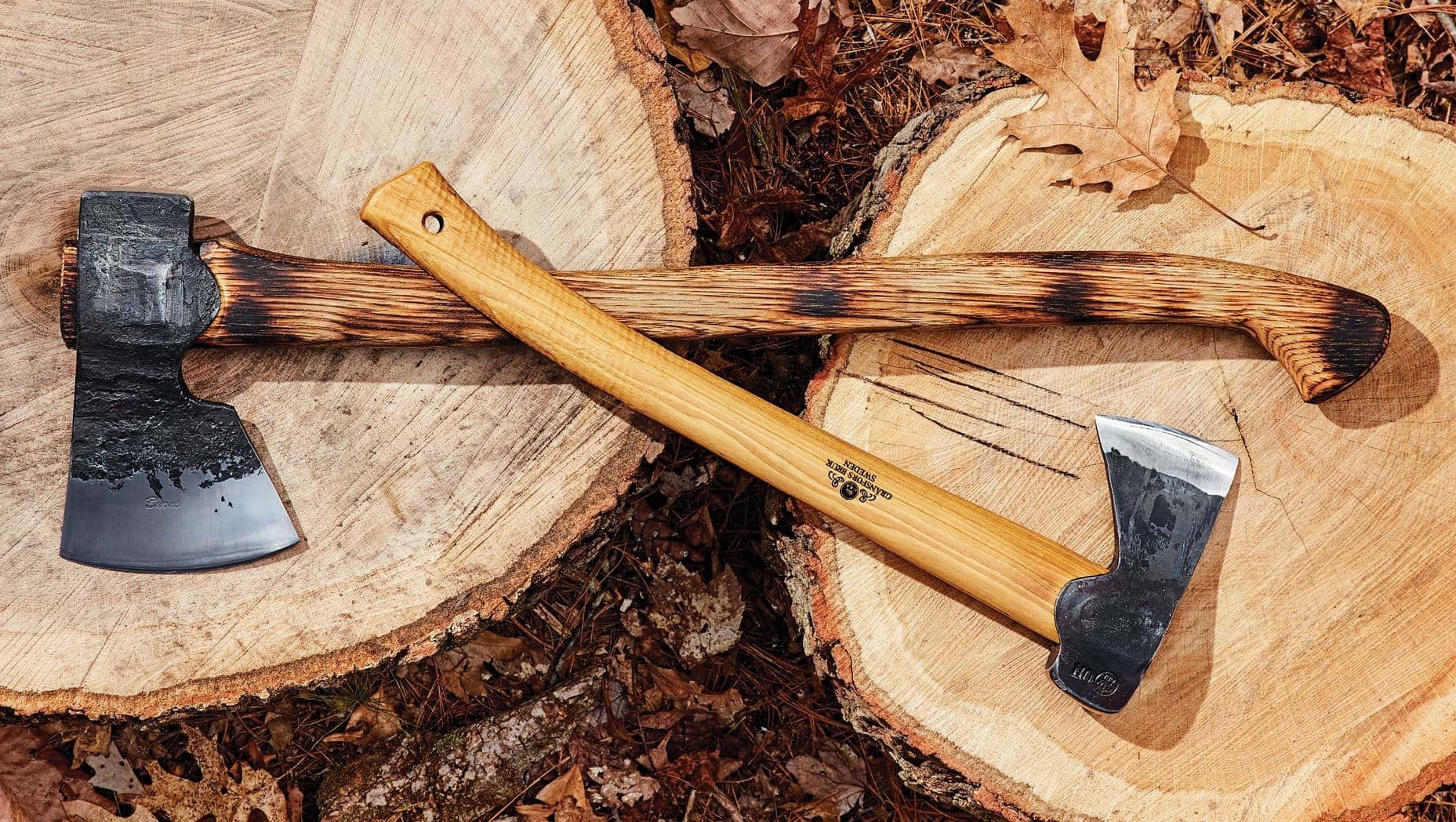 Handmade artisanal axes are all the rage, and there are none better than these

David E. Petzal
Once upon a time, in what used to be the United States, most households had at least one axe, and everyone in that family knew how to use it. In Maine alone, between 1800 and 1960 there were more than 300 axe manufacturers. Those days are gone, but the axe remains, and we are now engaged in what The New York Times has called an “artisanal ax craze.” Handmade axes are not only useful, they are now trendy.

The craze began in the mid- 1990s, when we were introduced to a Swedish axe made by a company called Gränsfors Bruk. These were (and are) axes as they used to be—made by hand, beautifully finished, finely balanced, and sharp as sushi knives. I wrote at the time that a Gränsfors was to a hardware store axe as a Porsche Turbo was to a school bus. When you whacked wood with one, a hunk the size of a Double Whopper with cheese rolled away.

So, you axe, where are we now? Well, we still have hardware- store axes. But what if you want something that will really cut? That means artisanal axes, the ones built either by hand, one at a time, or in very limited production. And of those, I’ve not found any better than these four.

The Great Northwoods axe is the product of one man, a Pennsylvania wilderness survival and primitive-skills instructor named Robert Burns, who took up blacksmithing at the age of 13. The axe has a 3 1 ⁄3-pound head forged from 5160 steel, and a 26.5-inch hickory handle, which is toasted with a blowtorch to make the wood harder and give it an antiqued appearance. It falls in size between a camp axe and a felling axe and is meant to be light enough to use onehanded but powerful enough for felling.