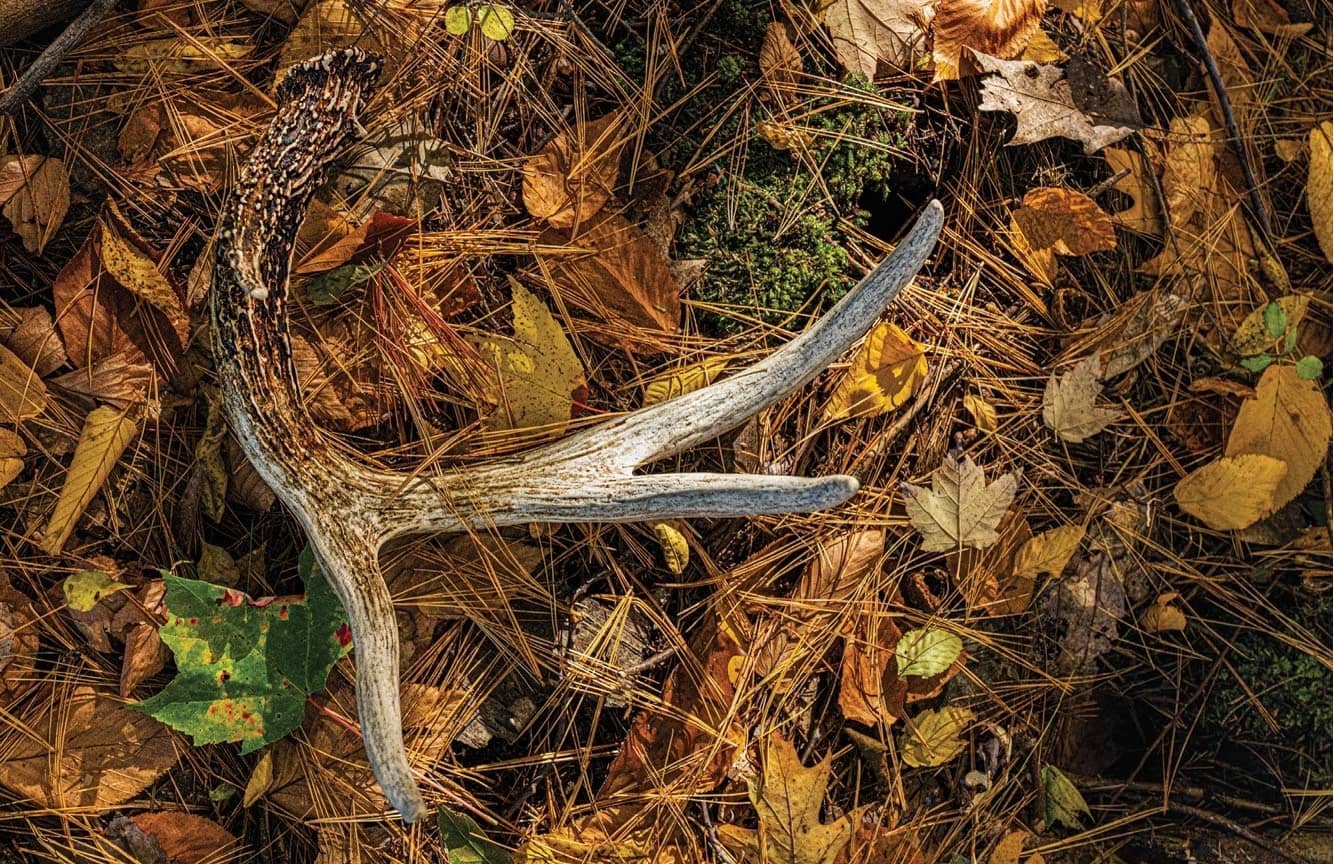 HOW A FOULMOUTHED, CHAINSMOKING CRAZY LADY BECAME ONE OF THE AUTHOR’S CLOSEST FRIENDS

MY FRIEND PAULA SMITH is helping me look for the mate of a shed antler that I found two days ago on a hillside in these thick woods that back up to a fence and the four lanes of Cabin John Parkway inside the D.C. Beltway. I’d found the left side, a beige 5-point antler with pretty good tines and decent mass. It was big enough to set the hook and get Paula out here to search with me. Now, of course, she’s irritated. Paula and irritation go together like pie and coffee.

“Dammit, Heavey, slow down!” she gripes. “No wonder you can’t find it. You’ve got the attention span of a housefly.” She starts making slow sweeps across the hillside, pointedly traversing ground that I’ve already covered.

How a woman I once thought might be homeless and crazy became one of my closest friends is something I’ve never fully understood, but that’s what happened. She’s not homeless, it turns out. Crazy? Maybe, but it’s a crazy I understand. For her part, Paula definitely thinks I’m nuts. “Heavey?” I once overheard her say into a phone. “Oh, yeah, he’s six kinds of strange.” Maybe that strangeness is what we recognize in each other. We’re both outsiders, never in the center lane. Like deer, we’re drawn to the edges of things.

I first knew Paula as the foul-mouthed woman who dressed like a man and ran the dock at Fletchers Boathouse just off the Potomac. She always wore an M65 field jacket, jeans, and heavy boots, her hair tucked beneath a battered Tilley hat. Mothers with kids would ask her to watch her language, and Paula would apologize and promise to do better. Two minutes later, she’d be cussing again. She doesn’t mean to be rude. She doesn’t have full control over the circuitry between her brain and mouth. It’s the same with her emotions, which toggle unpredictably.