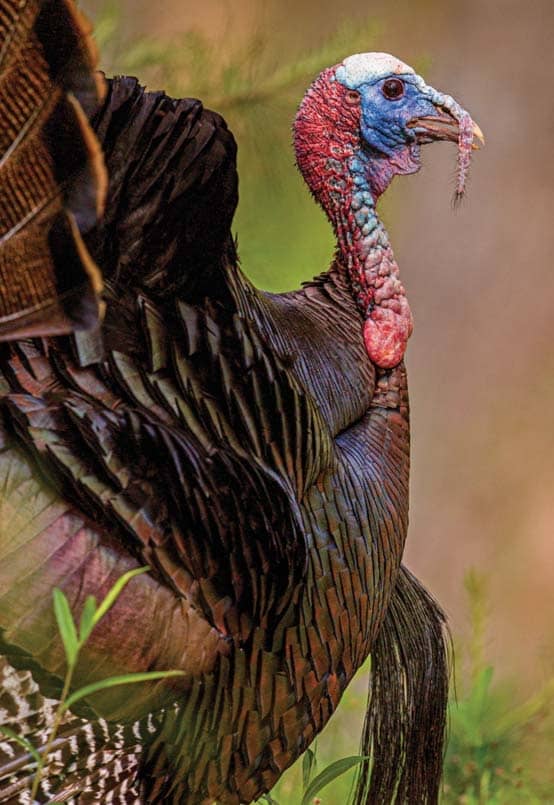 A father-son turkey hunt was supposed to be a changing of the guard, until…

THERE’S AN OLD splitrail fence at Mom and Dad’s place that separates the lawn from the horse pasture. I like to lean against it just before dark and owl hoot. Across the pasture, and beyond the creek, is an oak hillside, and in the spring a gobbler roosts there as many nights as not. The acoustics must be perfect because if I hoot from that fence and he’s there, he’ll answer. Tonight, he’s there.

I expected as much because Dad had seen him strutting in the pasture just the day before. He’d even set up on him, but although the bird gobbled, he never did come in. I was glad to hear that Dad had given it a try, though, because the fire he once had for turkey hunting has faded. There’s nothing I’d like more than to help Dad shoot this bird in the morning.

When I walk back into the cabin with the good news, Dad is watching CNN at two clicks shy of full volume, the television set buzzing like a cheap sound system. He turns it down and asks, “Hear him?”

“Yep,” I say. “He’s roosted right over the creek. But we’re going to have to set up early.” As I emphasize that last word, Dad’s eyes narrow the way they always do when I hint at taking the lead on, well, anything.

Twenty-four years ago, I watched my first gobbler walk into gun range. I was sitting between Dad’s knees, cradling a 20-gauge as the turkey gobbled over and again, first on the limb, then on the ground. Dad whispered to me, “I’ll tap your neck when he’s close enough.”