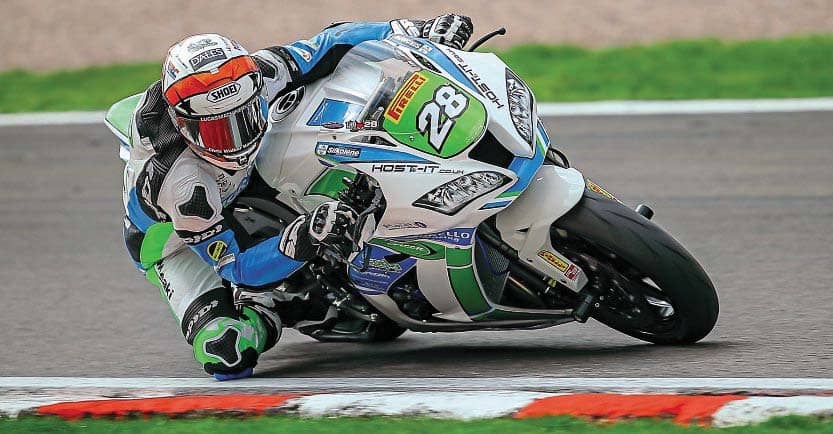 Since my last FB column, we’ve had a couple of rounds of the British Superstock 1000Championship – the first one was at Silverstone, and the second at Oulton Park.

I’d been mega excited to get the season under way but the first two rounds haven’t gone exactly as we’d planned. The Kawasaki ZX-10RR is mega fast but as it’s a new bike, it’s talking a little bit of time to get everything set up exactly how we want it. I qualified down in 22nd at Silverstone, and then I crashed on lap two of the two-part ‘100 mile’ race, which was an absolute disaster. In fact I took two other riders out when I crashed so it was a proper disaster – I’ve never done that before, so I felt a bit crap about it, but I guess these things happen and it could just as easily be me being taken out next time.