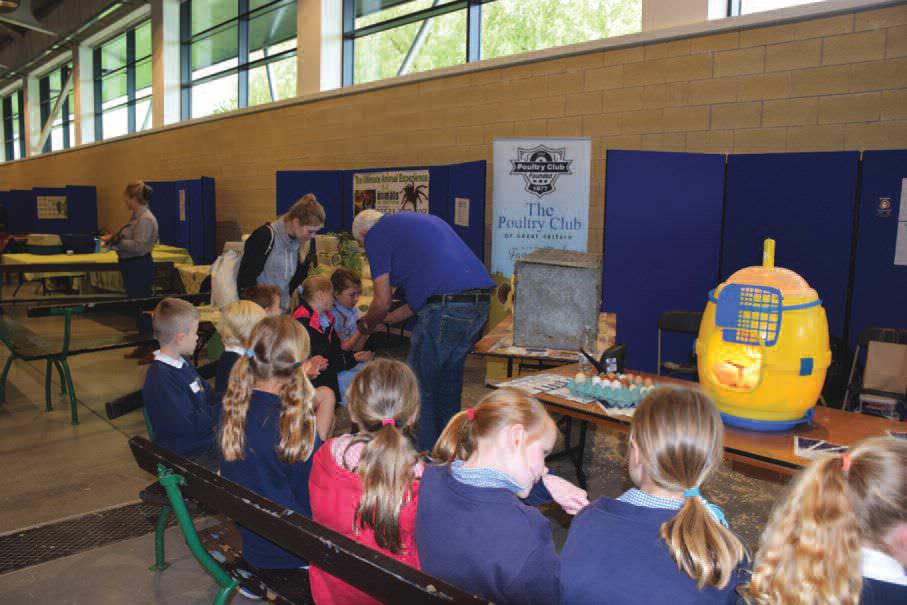 The June meeting for the Poultry Club trustees was a rather different experience to the norm in the fact that it was held at an alternative venue; The Great Yorkshire Showground, Harrogate. This was due to the Countryside days which were attended by a large number of school children from the Yorkshire area. The Poultry Club had a stand there and gave talks and shared practical experience with the children along with handing out ‘goody bags’ to prospective junior fanciers. Due to the fact the Countryside days coincided with the board meeting date, we thought it would be a great idea to hold our discussions in Harrogate. It was a fabulous venue with a modern conference suite looking out over the fields and we were well looked after by our hosts. It wasn’t any easy venue for all of our trustees to attend however but certainly something to be considered for the future.

The meeting began with a minutes silence in memory of Andrew Sheppy who sadly passed earlier this year.

First point for discussion was the confirmation of the Championship Judge for the National Show 2017. We are delighted to announce Mr Hugh Guthrie has accepted the invitation as our Championship judge. He will be supported by Neal Adams as Championship Steward along with Jacquie Stanley.

Whilst on the subject of the National Show we are also pleased to announce that Rupert Stephenson has once again agreed to be our official photographer. We look forward to getting a multitude of photos of the event and sharing them with you.