And On That Farm There Were Some Silkies 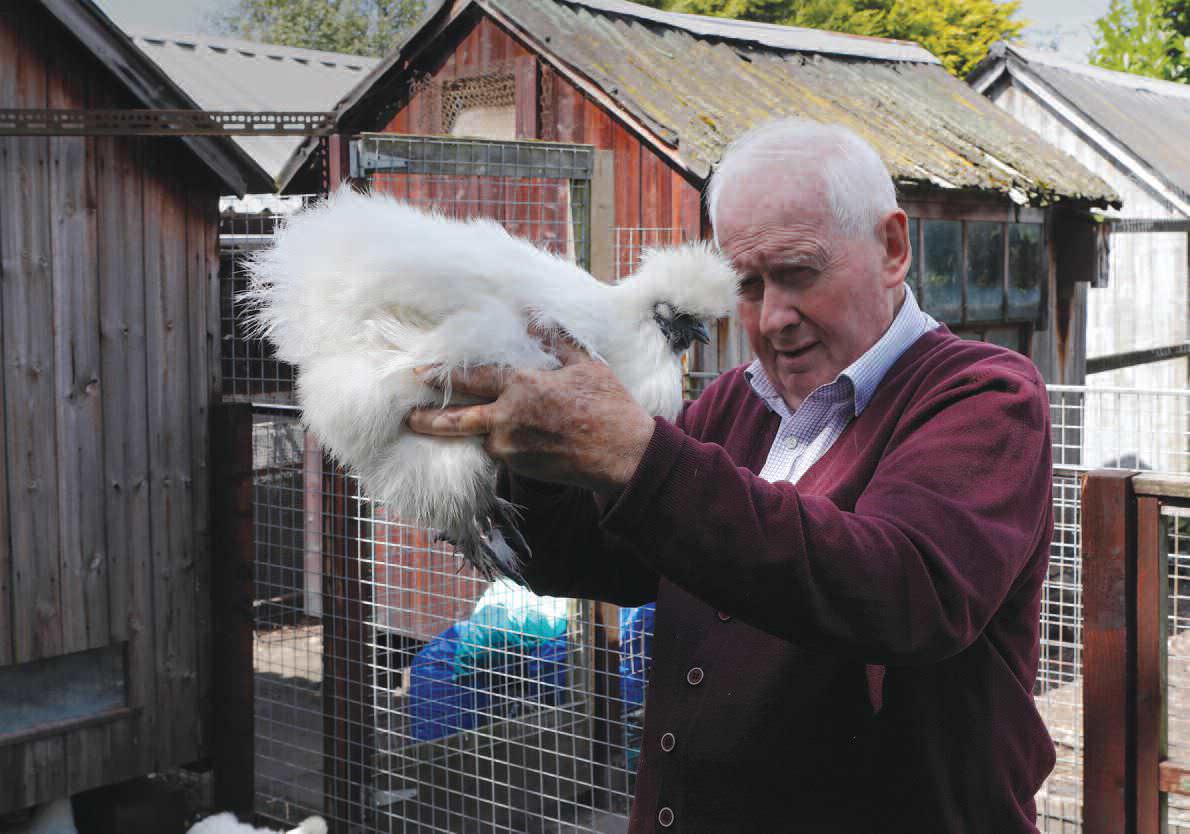 I first met John in the late 90s. I was recommended to go and speak to him by a mutual friend, so I visited his corn mill for a seed mix I needed. It was around ten years later that our paths would again cross - when another mutual friend took me to visit John at his cottage to enquire about hatching eggs for the incubators I used in school - and once again John was able to sort things out for me. I left his place with a tray full of Brahma bantam eggs. The last of the birds hatched from those eggs passed away here about twelve months ago and John and I have become good friends during the interim years.

John is well-known to anyone keeping Silkies throughout the UK, but he sees himself more as a custodian of his breed rather than a showman. In fact, there have been many periods of time throughout John’s lifetime that he has not shown at all, and he is probably best known in his home county of Lancashire for being the longstanding president of Southport and Ormskirk Bantam Society. John has kept a number of breeds of poultry from all sections including turkeys, waterfowl, hard and soft feather.

John, how long have you been keeping Silkies?

“I got my first poultry in the form of laying hens at the age of four in 1947. I kept birds from this point and purchased my first Silkies from Jim Martindale in 1959. Shortly after this I began working on a poultry farm, working with both poultry and pigs.”

How long have you kept your current strain?

“40 years this year. Having said that, I added birds to this closed flock (due to a reduction in fertility) in 2016 in an attempt to increase fertility and add to the overall vigour of the birds. This was in the form of a cock bird from the late John Chapman’s strain. I do still have the hens here that are from my closed flock, but no longer have any cock birds with the same purity. So unfortunately from this point going forwards my young birds are slightly watered down versions of the purest birds here.” 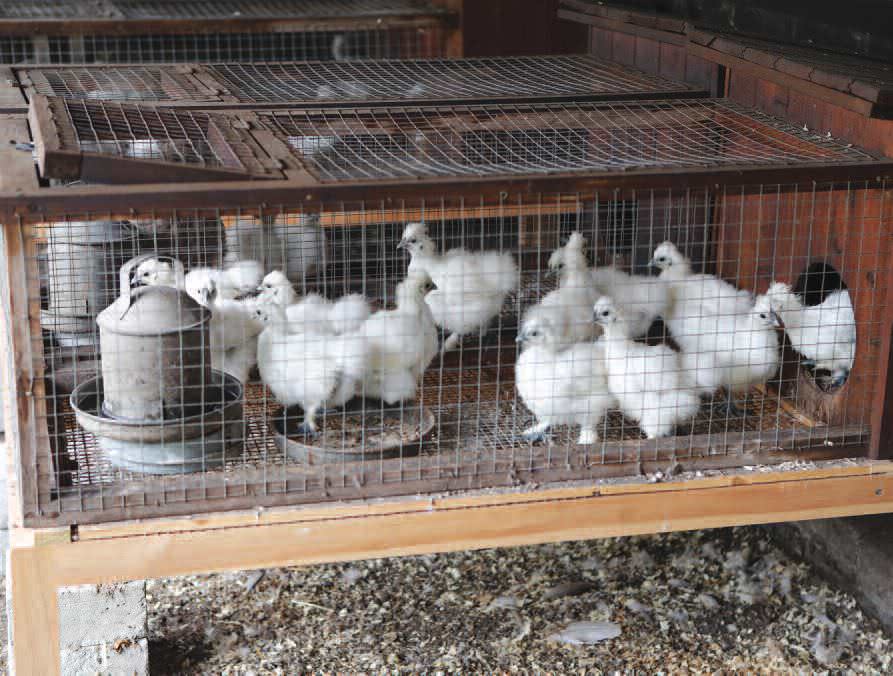 How did you select the bird to be used that would keep you going forward?

“I selected a bird that had excellent type. One that I felt complemented my hens. I used the bird on two hens collecting and incubating all the eggs laid. I then gave the Chapman bird away to be used for producing Silkie x Sussex.

I hatched everything I could from those two hens and whittled the youngsters down to nine birds comprising of four cockerels and five pullets. These birds, along with my original lines are what I am currently working with.”

Can you tell me what in your opinion makes a good Silkie?

“Primarily plumage, type and the head. As far back as the first edition of the Poultry Club of Great Britain’s standards book these three areas have always held the most points.

We see lots of birds in show pens winning prizes that have some or all of these serious faults, and I use the word serious for good reason… that’s what they are termed in the Poultry Club standard for the breed… and we should always strive to meet the standards, otherwise why have them? It is a very difficult task to produce a bird that is worthy of top honours in the show pen. We should always keep this in mind when putting our breeding birds together in order to iron out any faults. And we should always be looking to iron out faults!” 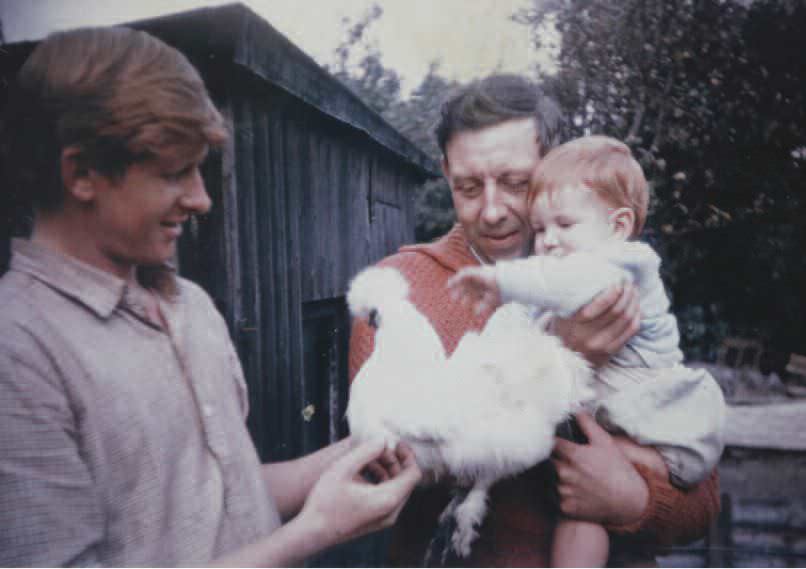