The Road To France 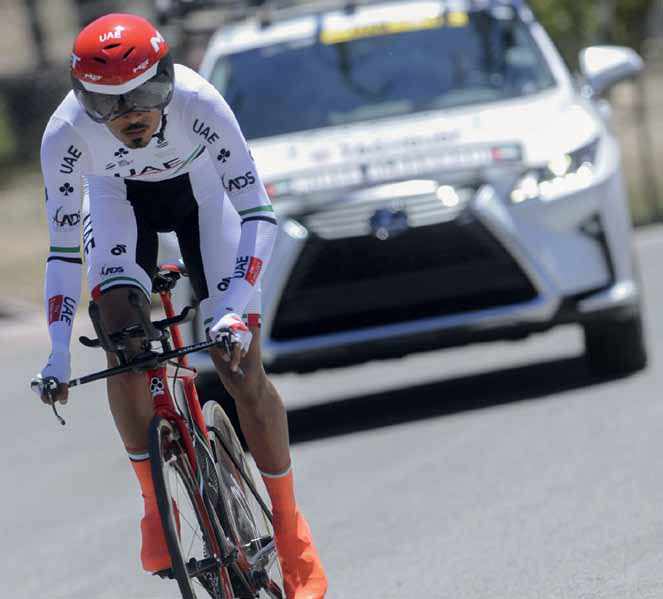 It was a sunny May day in Sacramento, California, and Emirati professional road cyclist Yousif Mirza was pinching himself. To his left was reigning World Champion Peter Sagan – if cycling has a rock, it’s this unique Slovak. To his right, German sprinter Marcel Kittel, who would go on to win five stages in this year’s Tour de France. In front was Olympic gold medallist Elia Viviani. Mirza, however, had never competed at such a high level before.

“I was really nervous,” he remembers, looking back on his first season competing at the highest echelon. “But to be among that company was just incredible. To be honest, after my first pedal stroke I was fine, I was into the race – and so pleased to get to the end a week later. It gave me confidence that I belonged.”

Sitting on that Californian start line in the colours of the newly formed professional cycling team UAE Team Emirates, it was also the culmination of a long journey for the Khorfakkan-born 28-year-old. He started to ride his bike as a nine-year-old, and though he turned professional ten years ago, it was only in 2016 that he was actually part of a professional team (Nasr-Dubai) that regularly raced abroad; before then Mirza would enter regional races and represent the UAE in competitions like the Asian Games, winning silver in 2015.

By some distance the best cyclist in the Emirates – he’s won the UAE National Championships for the last four years – he still admits that until recently cycling was a glorified hobby. So becoming the first Emirati to sign professional terms with a World Tour team late last year – meaning that he would be in contention to ride infamous races like the Tour de France – was not only exciting, but a real challenge. 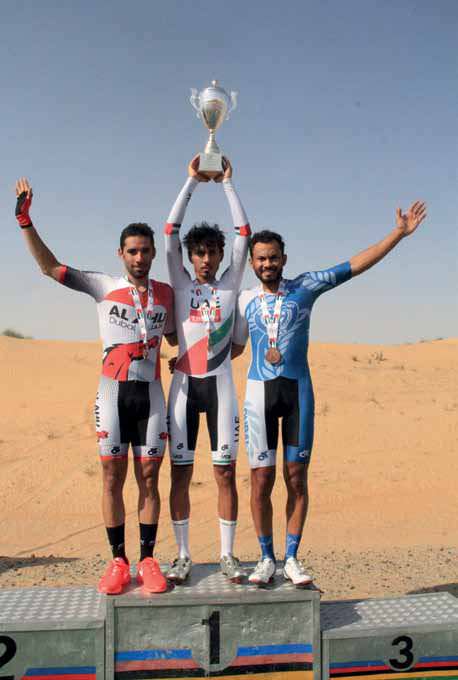