Williamson Is Ready For Takeoff 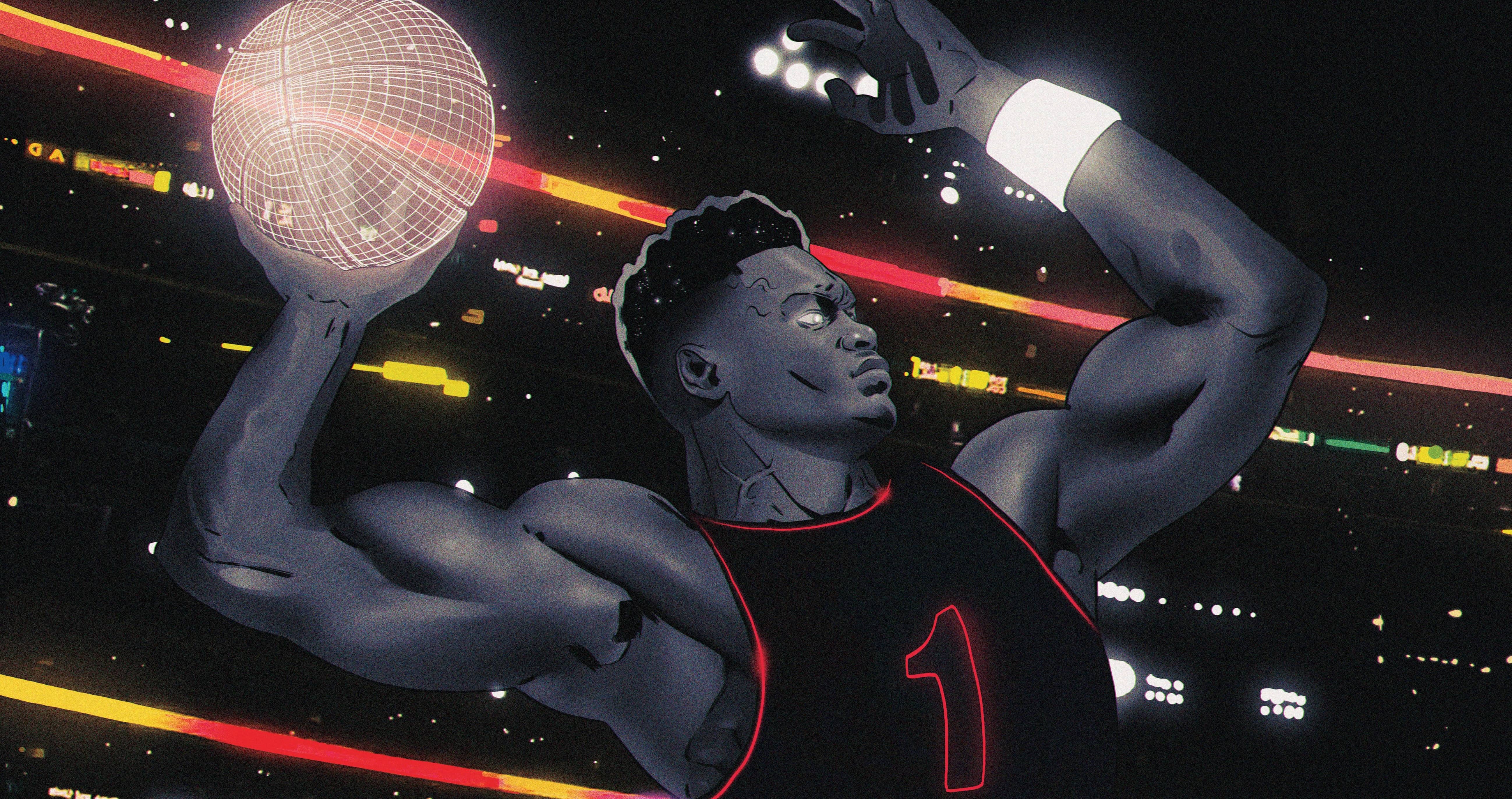 His dunks inspire awe, his all-around game will make him millions. But to understand his legend, you have to go back to the place where it all started.

A few hours before Duke’s NCAA tournament run begins in Columbia, South Carolina, Bill Pell sits in his living room and reminisces about his final year teaching at Spartanburg Day School, a tiny private school located about 100 miles from the arena where the Blue Devils will play later tonight. Before retiring last spring, the 79-year-old taught a daily creative writing class, a yearlong elective for kids interested in developing their craft. Fewer than 10 students signed up for the course. One of them was 17-year-old Zion Williamson.

“I hope he won’t mind me saying this, but he’s a hell of a poet,” says Pell, smiling coyly as he adjusts his glasses. “The kid can write.”

Pell lives on a quiet country road in Spartanburg, in an airy, sun-filled house built in the 1800s. Before moving here several decades ago, he worked as an editor for the Modern Language Association in New York City. At Spartanburg Day, he wanted to create a space for his students to express their feelings through writing. “All teenagers are very emotional,” he says with a chuckle. “Early on, I said, ‘Do you know what you want to do, Zion?’ He said, ‘I’m not sure.’ He wasn’t 100 percent comfortable—he was feeling his way into the class.” While Pell usually let his students spend the period writing, he sometimes shared readings with them at the beginning of the hour so they could learn by example—works by Shakespeare, Dylan Thomas and Billy Collins.

At first, Williamson tried his hand at short stories, but he wasn’t entirely satisfied with the results. Then he started writing poems. “He’d give them to me—he was very cautious,” Pell says. “I began making suggestions. Then all he did was write poems … and the deeper we got into the year, the more complicated and sophisticated they became. They were remarkable.”

Pell laughs. “I said, ‘Zion … you’re going to be as good a writer as you are a basketball player if you follow through on this.’”

The retired teacher declines to elaborate on the content of Williamson’s poetry, aside from praising its structure and skill. But he saved one piece of writing that he feels comfortable sharing because it was read aloud at a school event. He opens a folder sitting on his lap and pulls out a sheet of paper.

“I was wondering how best I could communicate to you the kind of person he is,” Pell says. At the end of the school year, some of the senior athletes wrote letters to their teachers. A bit shyly, Pell hands over Williamson’s note, which was addressed to him. The writing, clear and artful, conveys a level of earnestness that echoes Pell’s description of his former student’s poetry. At the beginning, Williamson thanks his teacher for pushing him to grow outside of basketball. “As my high school journey ends, I wish you could go with me,” he wrote. “Instead, I will take the lessons you have taught me and apply them to my next chapter.”

Pell slips the letter back into his folder gingerly, as if it were made of glass. “See what I mean about the sensitivity?” he says.

EVEN AFTER DUKE’S loss in the Elite Eight, Zion Williamson remains the most talkedabout athlete in America. But we really don’t know much about him. Think about it: Over the past few months, as Williamson has accrued single-moniker celebrity status—his first name is as likely to be trending on Twitter on a random weeknight as any political issue or pet-friendly hashtag— what have we really learned? We know he likes anime because his mother revealed as much in a sideline interview. We know he listens to Jay-Z, a preference that his young teammates have described, disturbingly to anyone born before 1990, as “old-school.” But beyond that, Williamson is something of a cipher—a hook upon which sports fans can hang their hopes, their reaction GIFs and their predetermined opinions on everything from dunking to amateurism.