Who Is The Future Of U.S. Women's Soccer? 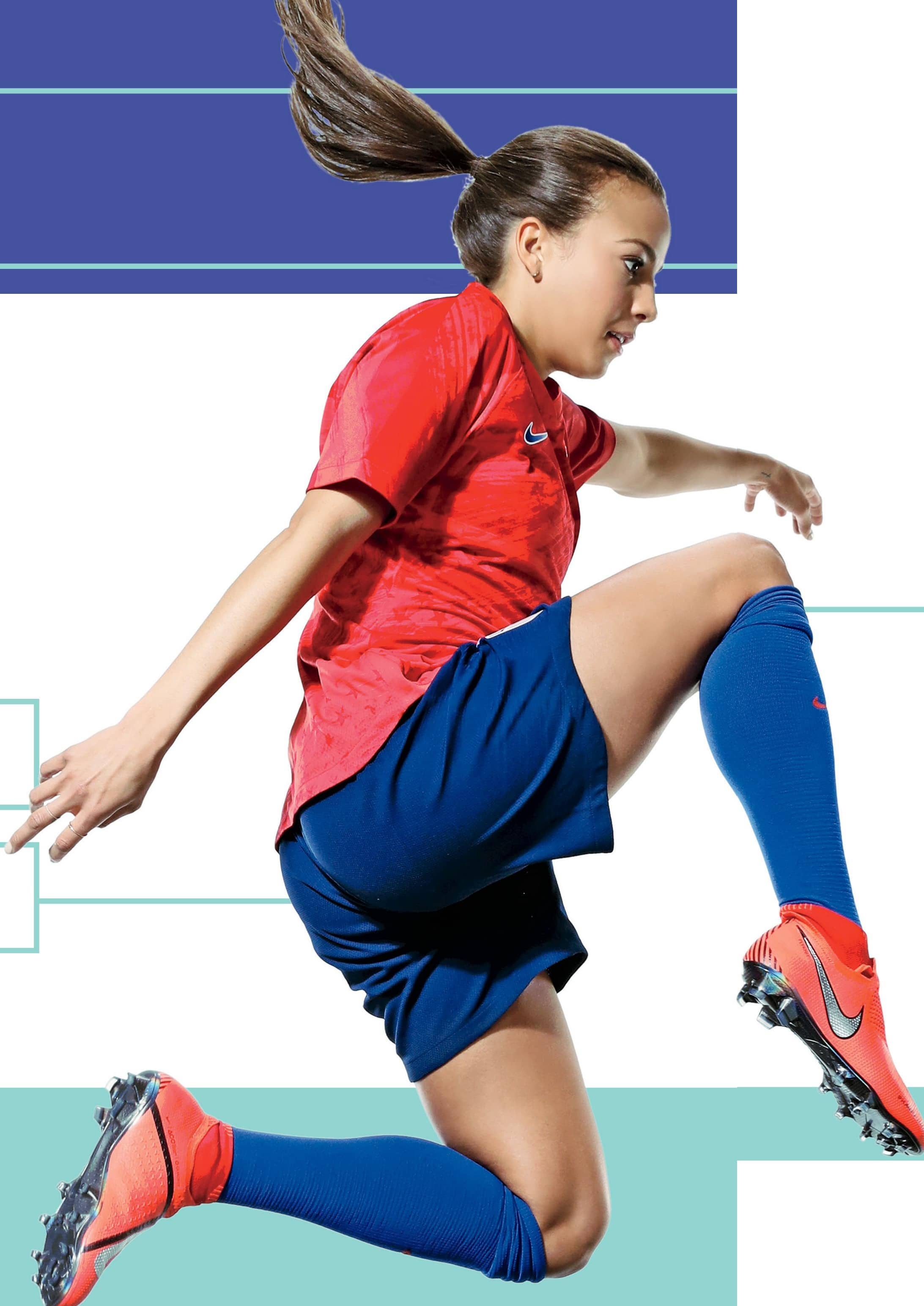 Mal Pugh will cringe when she sees the headline of this story. I know this because in the hour and a half we’ve been chatting at her apartment, she’s already cringed at least half a dozen times.

She squirms when I point out that she’s been anointed the savior/prodigy/future of soccer ever since the U.S. women’s national team discovered her at the age of 12. She shudders when I mention that I heard she was so good as a teenager, she had to practice with boys (a relatable response for anyone who’s ever been around high school boys). To be sure, Pugh is proud of what she’s accomplished—at 21, she’s notched 50 caps with the USWNT and will play a key role in the upcoming World Cup—but she’s never really liked being called a wunderkind, an ephemeral and cliché description for an athlete who has no intention of being either.

“I feel like it’s starting to go away, which I’m very thankful about—the age part,” she says, sitting up a little straighter on her kitchen stool.

And then I too cringe, because I know she’s probably wrong. It isn’t going away. Come June, when the USWNT begins its campaign in France, we’re going to see a lot of Mallory Pugh, and when we do, we’ll hear a lot about her age. It’s hard to ignore. Sitting across from her in the apartment she shares with two of her Washington Spirit teammates, I’m struck by how young she looks, perched at her kitchen island in a tracksuit and Uggs, face free of makeup, hair pulled back into a tight ponytail. Even her apartment, which is sparsely decorated—the most distinctive item, aside from a cluster of suitcases with U.S. Soccer stickers, is a bean bag chair—feels like a dorm room. Which makes sense, given that she’d probably be in college today if she hadn’t gone pro at the age of 18. 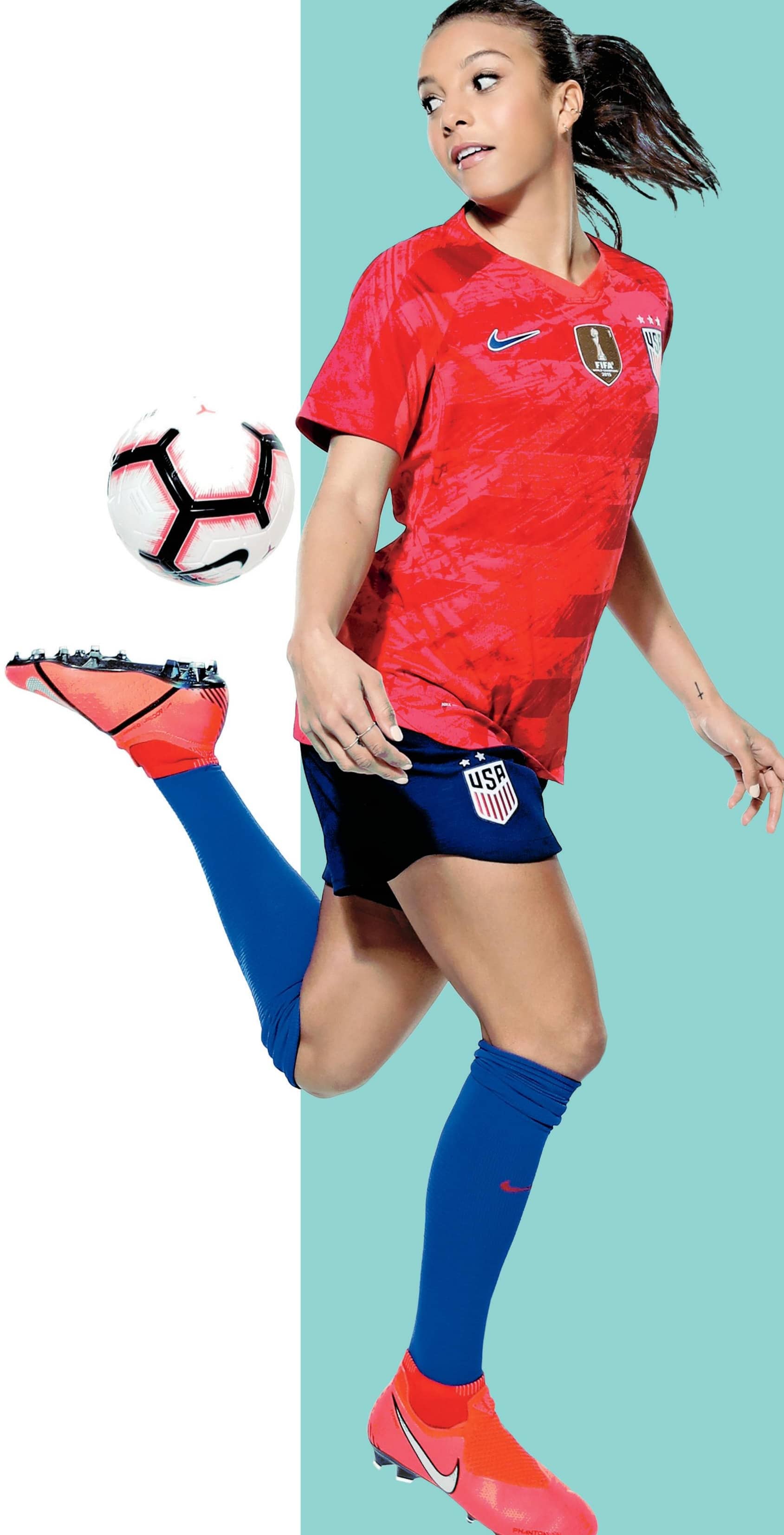 The future-of-the-sport stuff will likely stick for a while, and it’s not just because Pugh was called up to the U20 national team at the age of 16 and went on to become the youngest player for the USWNT to score an Olympic goal, or because she scored 15 of them by the time she was old enough to drink. Rather, it’s because, amid all of that, she blazed her own path. After briefly enrolling at UCLA, Pugh decided to forgo NCAA soccer and enter the National Women’s Soccer League, and she was later drafted by the Spirit. Going pro early is the norm for American men; not long ago, Pennsylvania whiz kid Christian Pulisic decamped for Germany’s Borussia Dortmund at the age of 16. But women in the U.S. rarely make the leap.

“I think it’s fantastic,” USWNT head coach Jill Ellis says. “We have to get to a point in this country where our top players are seeking out the most challenging environments.”

Ellis watched Pugh for the first time at a U14 national camp and was immediately taken by the young player, a fearless attacker who wove through packs of older girls like she was riding a scooter in traffic. Since then, Ellis says Pugh has improved both her technique and her tactical ability. In the World Cup, she will likely come off the bench—the team is stacked up front, with Megan Rapinoe, Alex Morgan and Tobin Heath on the roster—but Ellis sees the team’s youngest attacker as a potent weapon. When I ask her what role Pugh might play in France, she paints a picture. “You’re in the 70th minute and you’re exhausted and suddenly Mal Pugh is running at you,” she says, adding, “She doesn’t have to take the weight of the world on her shoulders right now.”

That might not be the case for long. While Pugh’s team is a co-favorite with host France to win the World Cup, the countries in the USWNT’s rearview mirror are closer than they appear. In recent years, America’s younger squads have struggled on the global stage, and it’s conceivable—likely, even— that the national team, which was knocked out of the last Olympics earlier than ever, won’t be the betting favorite in 2023. The reasons are complex and hardly merit the sort of hand-wringing that’s beset the men’s program. But they have compelled the architects behind America’s soccer strategy to search for answers, looking both overseas, where foreign clubs are pouring money into their women’s teams, and at home, where a reluctant star in Washington, D.C., defied the status quo. 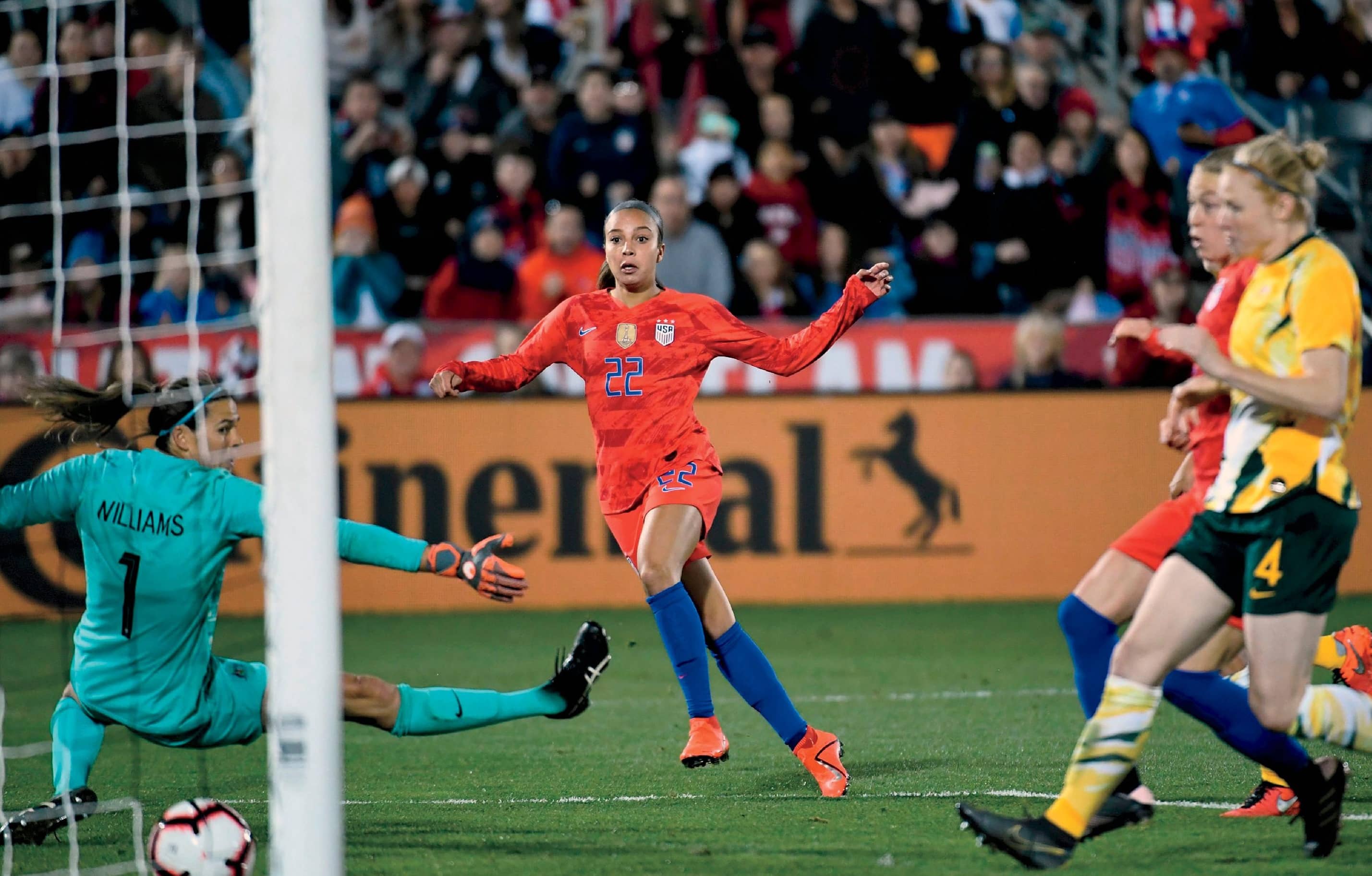 AS WITH MANY athletic prodigies, Pugh’s origin story has elements that feel ripped from the pages of a comic book. She wasn’t born with superhuman strength (growing up, she was kind of a runt) or speed (older sister Bri was faster), but she possessed a singular quasi-mythic trait: She was practically impervious to pain. “It was kind of scary,” says her father, Horace. He rattles off his daughter’s injuries: As a small girl, Pugh smashed her front teeth, crashed into a tree while snowboarding (she refused to let the snow patrol take her down the hill) and fell off the monkey bars, which is how she acquired the Harry Potter-like scar on her forehead. Horace recalls an instance when Mal was feeling mild discomfort, so he took her to the hospital, where a doctor was shocked to discover that the little girl’s eardrum had burst. “We were like, ‘Oh my god, we’re bad parents,’” Horace says. “But she didn’t give any signs!”

One day, when Pugh was 12, she was playing in the garage of her family’s house in Highlands Ranch, Colorado, with a friend who had hooked her shorts to a pulley the family used to hang bicycles from the ceiling. Pugh ascended about 10 feet, slipped off the hook and crashed to the floor, landing on her hand. When she showed her father the injury—her wrist looked like a bent twig—he was horrified and told her she couldn’t play in her club team’s tournament that weekend.

Pugh looked straight at her father and popped the bone back into place.

She ended up playing in the tournament in a brace swaddled in bubble wrap. “I think she scored, like, eight goals,” her coach, Jared Spires, says with a laugh.