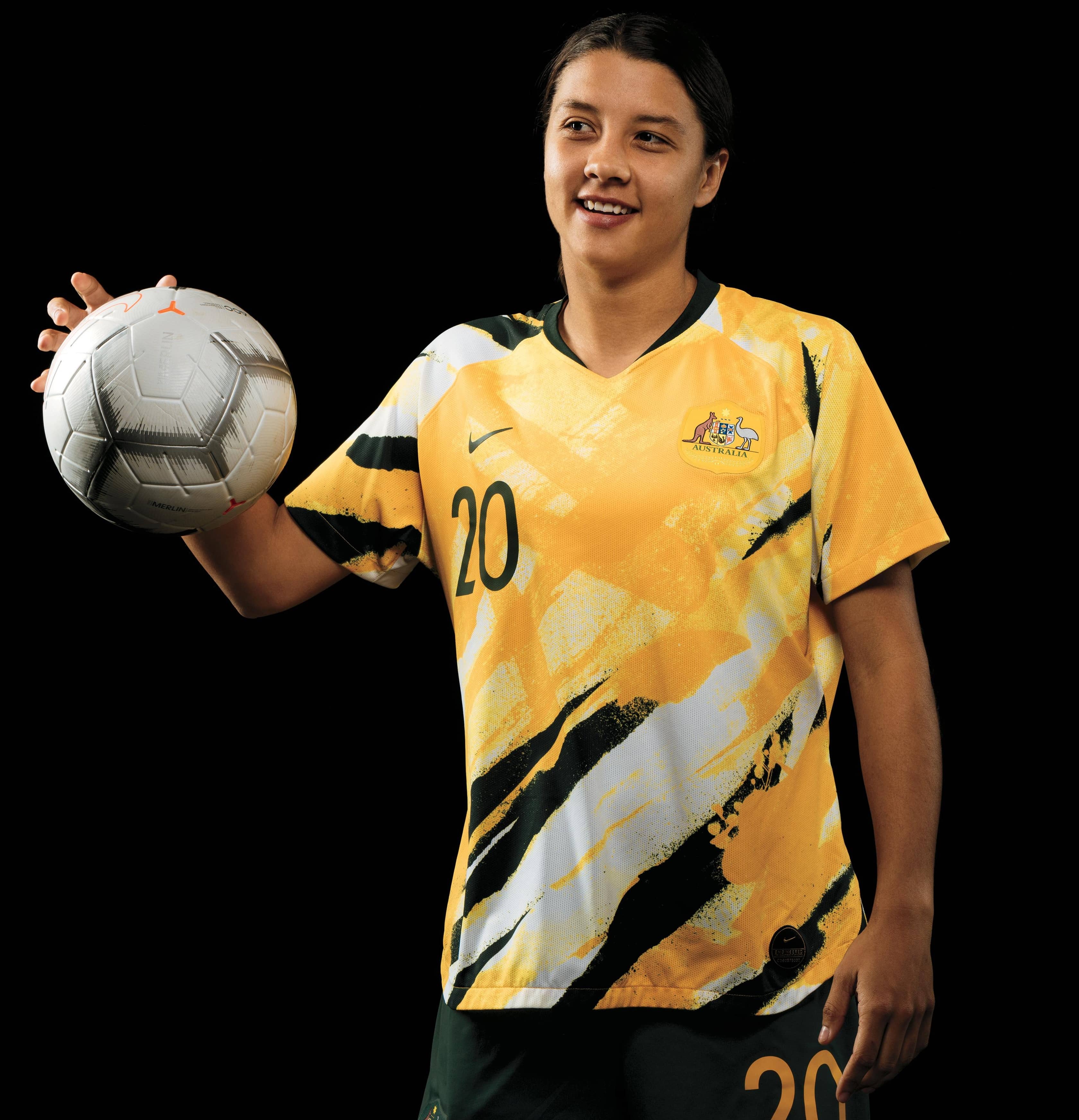 An hour before the Perth Glory take the field for their final home game of the season in Australia’s W-League, the line to enter the Dorrien Gardens soccer complex stretches to the end of the block. Outside the entrance, volunteers in purple shirts sell tickets to the game at a plastic folding table: $15 for adults, $5 for kids. As fans flow into the venue, they greet their neighbors and post up around the chain-link fence that borders the field.

The 1,212 fans—the most to attend a Glory home game since the league launched in 2008—are here, crammed into this tiny stadium, for their last chance to see their star: Glory captain Samantha Kerr, the most prolific goal scorer on two continents and Perth’s hometown hero. “I don’t think she’ll be back next year,” says Harry Ray, a longtime fan who arrived early with his wife and young son to snag seats in the stands. “I’m just enjoying her being here now. I can’t believe I get to watch someone this good in person. Sam is a level above.”

Kerr, who also plays for the Chicago Red Stars in the NWSL, is Australia’s first women’s soccer superstar. She outearns the rest of the Glory roster combined and, including endorsements, is the highest-paid women’s soccer player in the country. When she signed a Nike deal in March, the media dubbed her the “millionaire Matilda,” a nod to the official nickname of Australia’s women’s national team. Unlike the majority of her W-League peers, who make on average about $14,000 per 12-game season, Kerr is a blue-check celebrity, her joyful backflip celebrations featured in international TV commercials and her image plastered on billboards throughout Australia. “Sam transcends the sport from the highest level to the grassroots community,” says Greg O’Rourke, Football Federation Australia head of leagues. “She has a magical blend of humility and showmanship. People just love her.”

Kerr’s stardom is the latest breakthrough for a league that started just over a decade ago. For most W-League players, soccer is still a passion, not a profession. Last season was the first in which all 57 W-League games were broadcast live on television, and only last year did the W-League begin selling jerseys. (Ray, for the record, is wearing a men’s Glory jersey his wife special-ordered for him with Kerr’s name and number on the back.)

“Most of my teammates work 9 to 5, so the commitment level is different [in the W-League],” says Kerr, 25, a few days later, between bites of zucchini and halloumi fritters at one of her favorite lunch spots. Her dark hair is pulled low into a ponytail, still wet from a dip in the Indian Ocean with her 5-year-old boxer, Billie. “Sometimes it’s frustrating,” she says. “You’re giving up your life for the sport, and for a lot of players, it’s just another part of theirs.”

So why is one of soccer’s brightest stars playing in Perth with part-time teammates in a venue the size of a high school football stadium? Because she can’t imagine preparing for the most important tournament of her career anywhere else. “To play in front of Perth fans is special,” Kerr says. “They know me on a different level, as the hometown kid who plays for fun. They see me as who I am.” 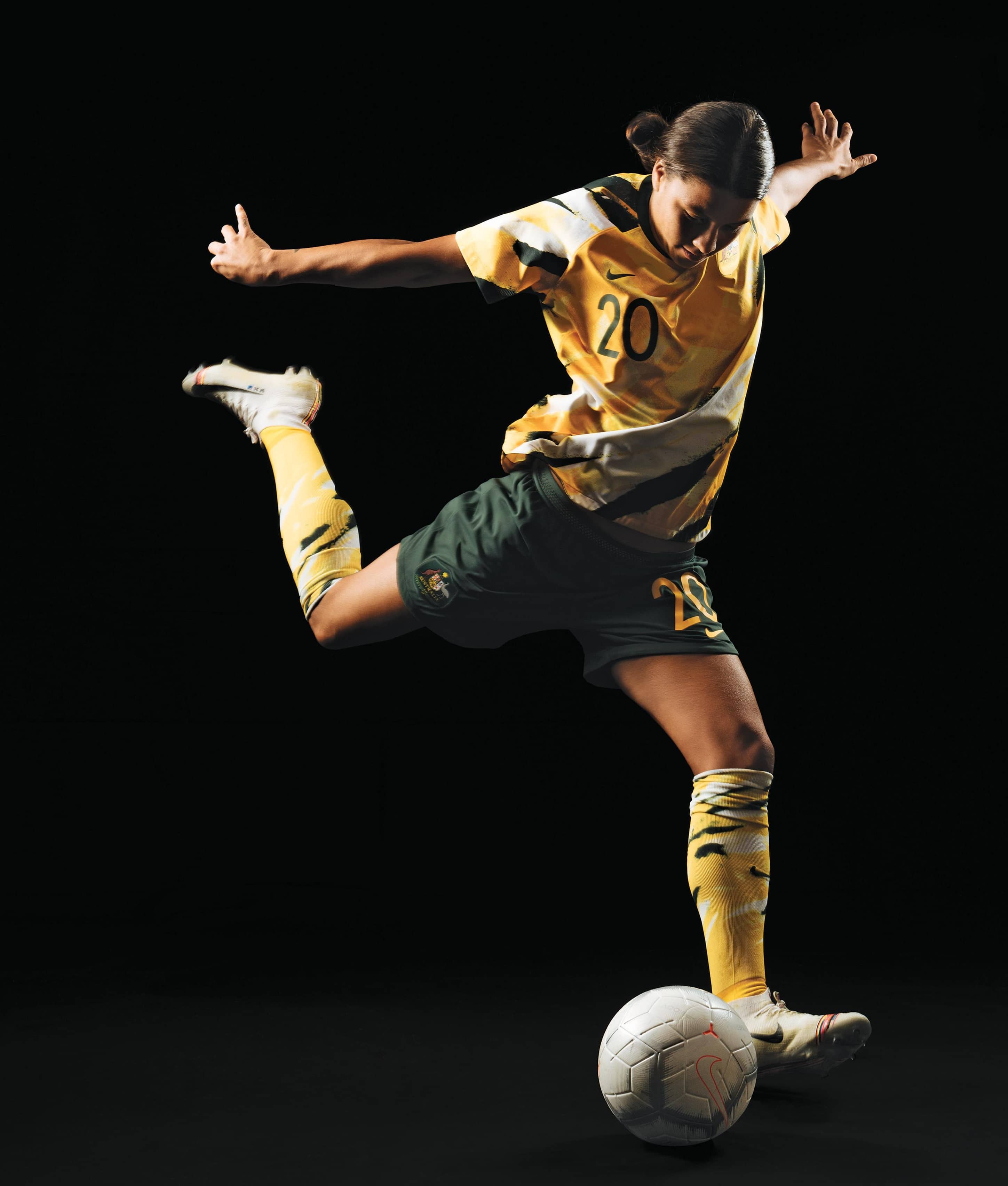 “THIS FAMILY GETS together for three occasions,” Kerr’s father, Roger, says, extending his arms as if to embrace everyone in the room. “Weddings, funerals and Sammy’s home games.” It’s halftime at Dorrien Gardens, and four generations of Kerr’s family are crowded inside the concessions area at the top of the stadium, about 40 deep at last count, all sharing stories and photos from Kerr’s career. “She’s great, right?” asks Kerr’s 87-year-old grandpa, Harry Regan. He doesn’t wait for an answer. “You’re not going to find much better.”

As Kerr’s family tells it, she was a precociously gifted athlete in a family of gifted athletes, a child who ran before she walked and could throw accurately before the age of 3. Her trademark round-off backflip goal celebration? She taught it to herself on a grassy hill near her school when she was 9. She’d seen gymnasts do flips on the TV and thought they looked fun. “I worked out that if I went down a hill, it would give me more chance to get ’round,” she remembers.

Back then, Kerr played cricket and netball and sprinted on the school track team. But her heart belonged to Aussie rules football, a rugby-like sport played on a modified cricket field. “I loved the competitiveness, how fastpaced and rough it was,” Kerr says. “I loved getting down and being gritty.” The youngest of four, Kerr learned the game from her dad and her oldest brother, Daniel, who played professionally and won a championship with the West Coast Eagles. “When I was asked what I wanted to be when I grew up, I would say, ‘a West Coast Eagles player!’” Kerr says. “I wanted to do exactly what my brother did.”