The One And Only Naomi Osaka 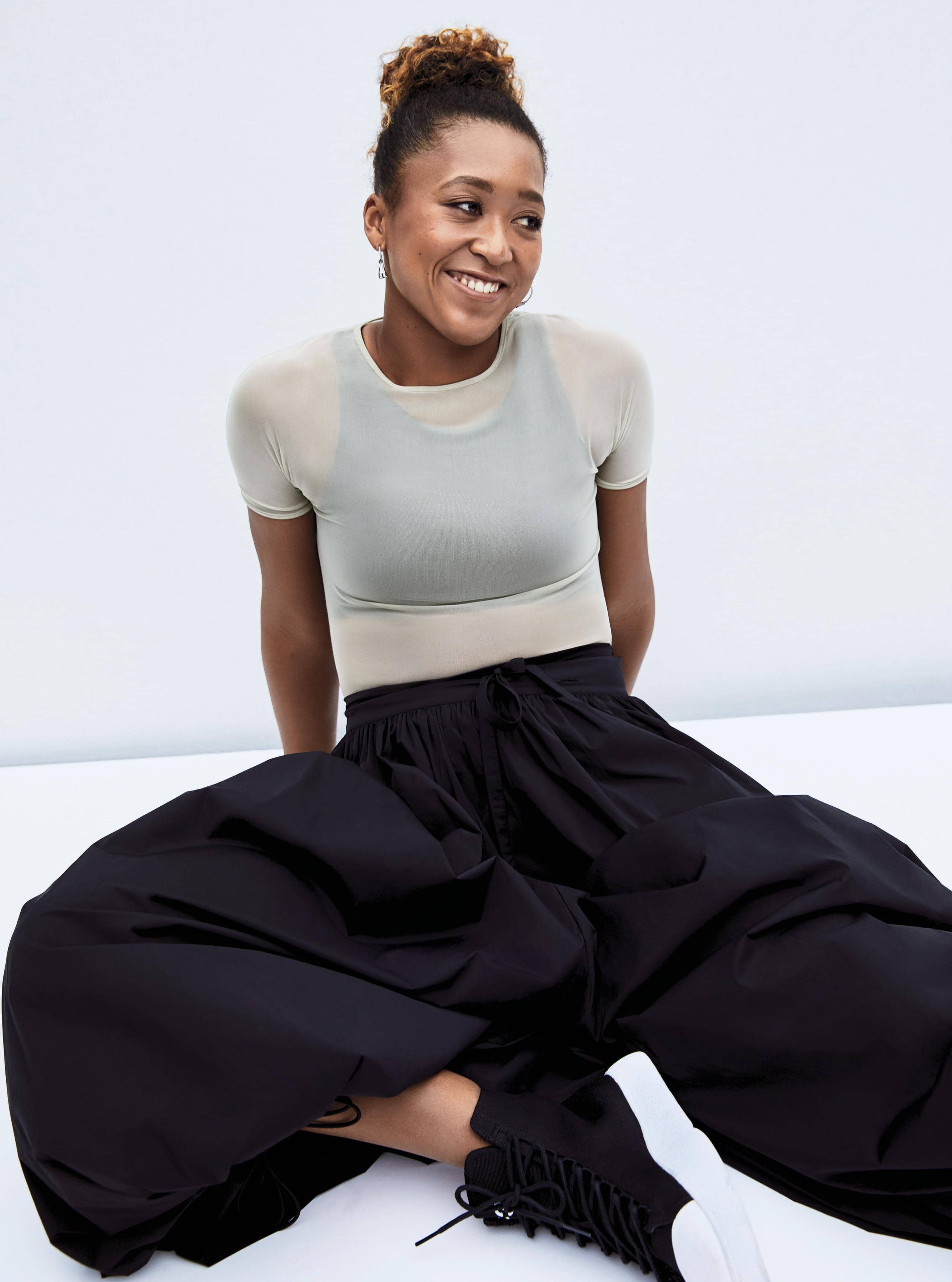 She’s a riddle, wrapped in a mystery, inside a blistering forehand: For all her growing fame, the world’s No. 1 remains tough to define—just the way she likes it.

One year ago, Naomi Osaka was the 68th- best women’s tennis player in the world.

She was prone, in moments of frustration, to screaming, banging her racket, even crying. She would succumb to mental paralysis when a match wasn’t going her way. Or she’d turn into the Hulk, hitting everything bigger, faster and stronger, even when precision was what was needed. She played 21 matches last year in which she lost the first set. She rebounded to eke out a victory in just two of them.

She was 20 years old. She had first picked up a racket when she was 3. But she’d avoided the sport’s junior circuit, and before winning her first WTA title last March at Indian Wells, the toughest opponent she’d ever defeated was her older sister, Mari.

Osaka was a mystery. Some saw an awkward noob, not used to the klieg lights. Others saw a sheltered woman whose personality and opinions appeared unformed. Beyond her being the daughter of a Haitian father and a Japanese mother, little was known about her. She was a cipher with a racket.

Then last September, in Flushing Meadows, Osaka beat her idol, Serena Williams, in a U.S. Open final that will live in the annals of tennis history. Four months later, she claimed her second straight grand slam title at the Australian Open. A star, however reluctant she might have been to show her face, was born.

Now Naomi Osaka is the world’s No. 1— and still very much a mystery.

Her parentage has made her an object of worldwide fascination. Osaka is no longer just Haitian and Japanese. She’s Haitian, Japanese and famous. She’s a symbol of transformation in a sport still robed in a much whiter past. And as she’s shot to prominence, the tennis media and fan base have generated multiple and sometimes conflicting narratives as they try to puzzle her out. Celebrities want to meet her. Sponsors beckon with lucrative endorsement deals. The curiosity that fueled questions such as Who is the girl who beat Serena?— and beyond that, Who is she, period?—has only intensified.

The short answer is this: Naomi Osaka is a Gen Z tennis phenom who’s into Overwatch and Pokemon and Harry Potter and Beyonce and Crazy Rich Asians. Beyond that, she’s almost deliberately unknowable.

In tennis, an opponent can be dangerous if you can’t read her serve. Osaka is dangerous because it is hard to read her. 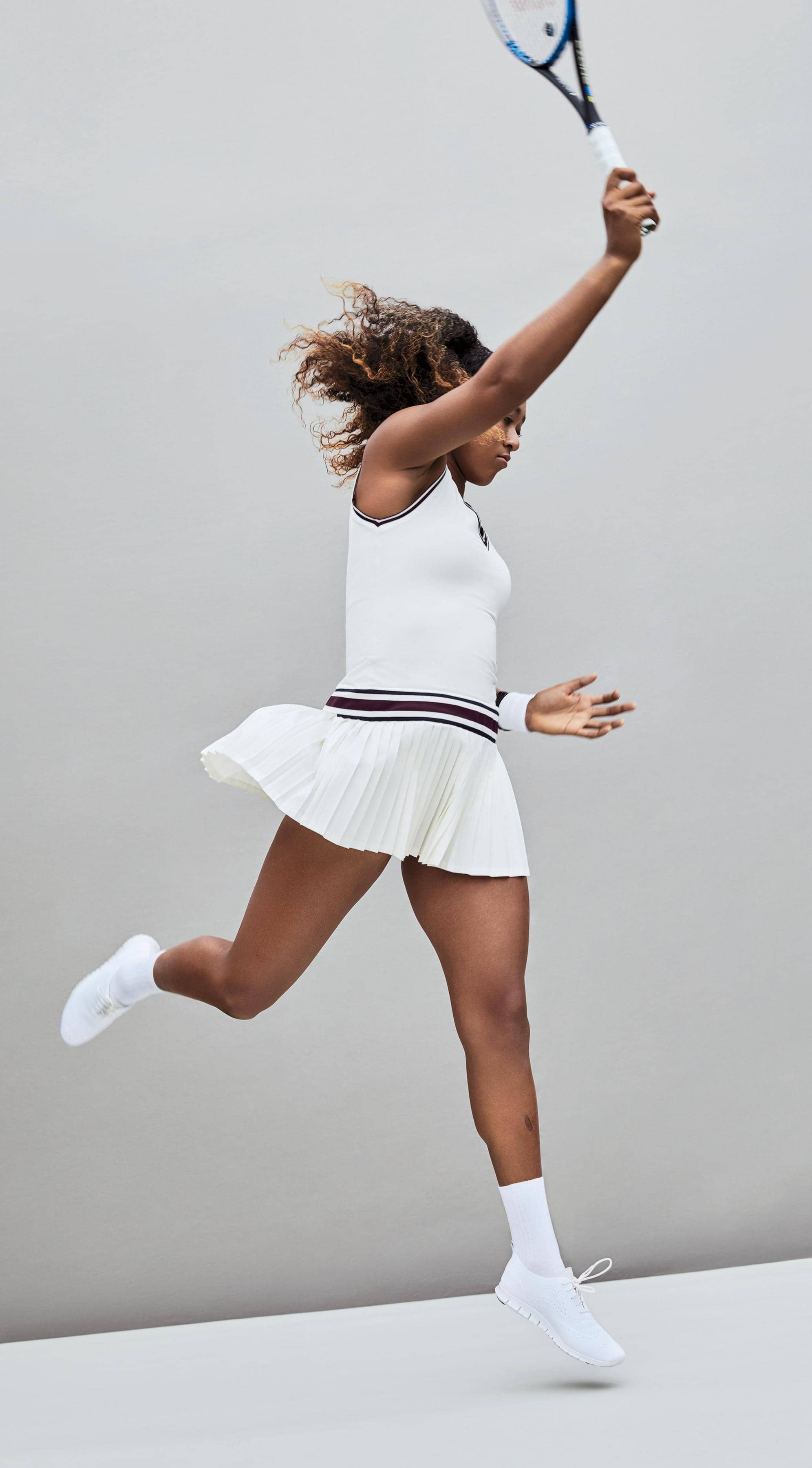 IN DECEMBER, JUST a few weeks before she would head to Australia, Osaka went to the Wizarding World of Harry Potter at Universal Studios. She documented the day on Instagram and indulged in some introspection. “I spent the whole day trying to figure out which house I would be between Gryf findor or Slytherin,” she wrote.

It was one of Osaka’s more revealing posts—for Potterheads, at least. Still, the question lingered. One month later, after winning the Australian Open, she tells me she still isn’t sure how to classify herself.

A primer, for non-Potterheads: Slytherin produced the notorious, power-mad psychopath Lord Voldemort. Meanwhile, Gryf findor was home to Harry, the hero of the series. Easy, right? Not exactly. Everyone tends to forget that the Slytherin house also produced Severus Snape, the impossible-toread double agent who was instrumental in taking Voldemort down.

So is Osaka sending a message about the virtues of being impossible to read? It is, ironically enough, unclear.

On the day after her Australian Open win, Osaka is wearing a multicolored body-con dress by black designer Carly Cushnie. When I ask whether she’d met Cushnie or had procured the dress through a stylist, Osaka stares at me quizzically. She’d bought it online. It still hadn’t sunk in that designers and stylists soon will be clamoring for her to be photographed in their wares, or that when you’re famous, people simply give you things for free.

When I ask whether Osaka would be interested in attending New York Fashion Week, she says yes—but only if it didn’t interfere with her training schedule. And would she want to be on the cover of Vogue? “That would be really incredible, but at the same time, I feel like I would have to work for it, earn it in a way,” Osaka says. She elaborates about how maybe she would need to win four grand slams in a row instead of just two. “I think Serena had 13, 14 before her first one.”

Has Osaka forgotten that she’d be appearing in the most high-profile fashion magazine in the world? Unlikely. Maybe she’s channeling her inner Severus Snape.

“I don’t think people should know what I’m thinking,” she tells me eventually. “I’m hiding you from my thoughts.”

IN AUSTRALIA, THE riddle that is Naomi Osaka was faced with a riddle of her own. And how she solved it was one of the tournament’s revelations.