The Future Of Football Is You 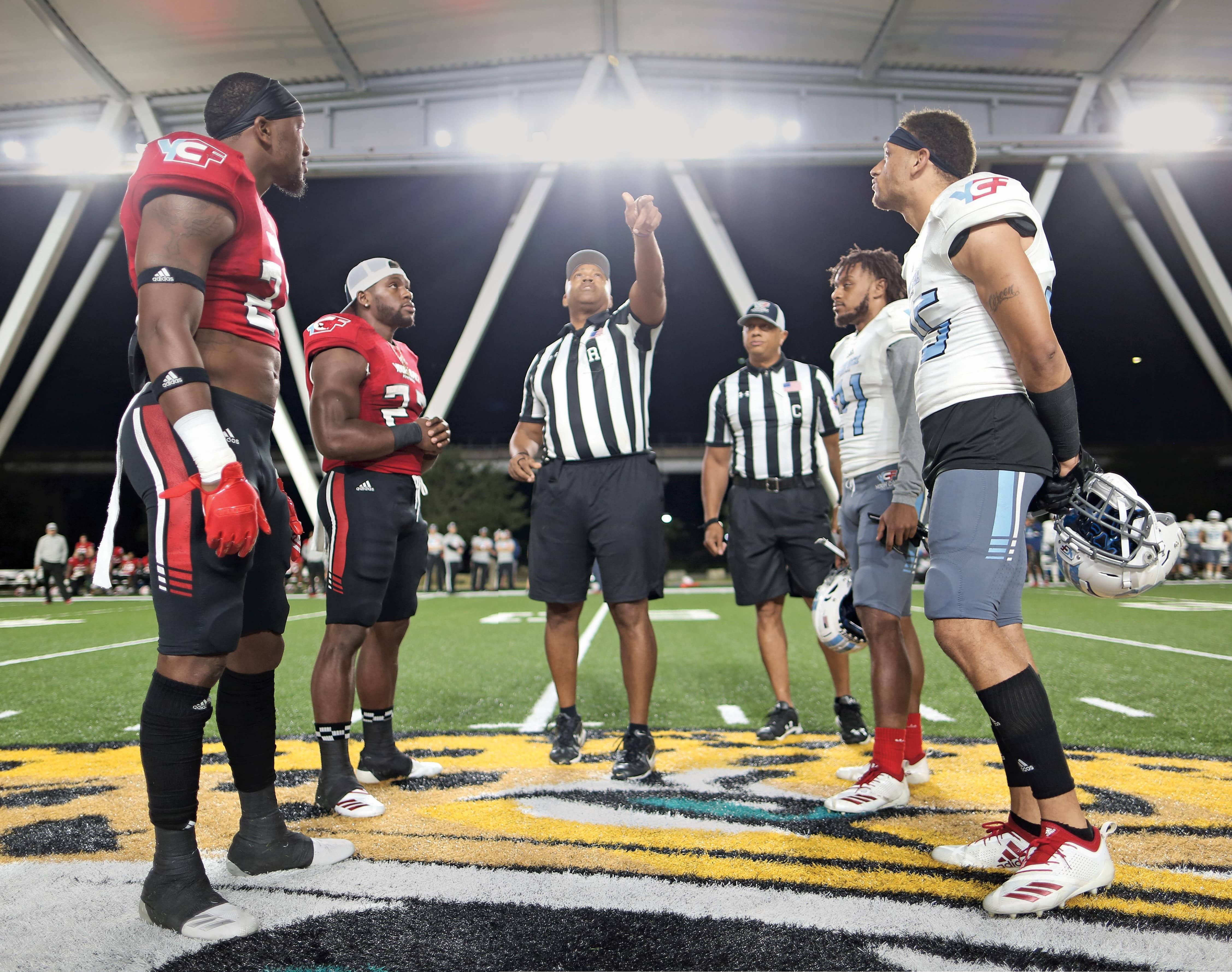 To heck with Belichick. Out of the way, McVay. You, dear reader, now control the huddle in a new football experiment with an audacious vision.

On a Monday afternoon in Jacksonville, four hours before game time, quarterback Vad Lee is rocking leisurely on a foam roller on the carpet of a spacious hotel suite.

Or at least this used to be a spacious hotel suite, before the 91 football players, 19 coaches and 23 staff members who make up Your Call Football moved in for five weeks. The entire fifth floor of the hotel is now completely occupied in what looks like—at first glance—a hostile takeover. Behind Lee, there’s a faint outline of where two fullsized beds used to be; in the hallway, hampers are piled with dirty workout clothes; a few doors down, boxes of pro football gear reach the ceiling.

Lee should be napping right now. He’s been traveling practically every other day between Florida and Bloomington, Indiana, to be with his wife, who is expecting their second child. “I’ve been sleeping in the airport a lot,” he tells me. He flew back today on a 6 a.m. flight so he can do what he’s enjoyed most since he was 5 years old: play football.

Or at least something that resembles football. While Your Call Football has all the traditional trappings of a football operation, it doesn’t have a permanent home base, and depending on whom you ask, it isn’t even really a league. In fact, Julie Meringer, YCF president, will tell you defiantly that it is not. “We’re about the fans,” she says.

So what will Lee be doing, if not playing football? He’ll suit up as QB in a real game with real coaches on a real, regulation-size NFL field—but it’s a version of football that, if the Your Call founders are right, will change the way the sport as we know it is played and consumed. YCF is part football, part gaming, part fantasy and allows fans to decide how an actual in-progress game is played, as if Madden came to life.

Here’s how it works: Every Monday night for four weeks in the spring, fans get a notification at 8 p.m. to open the YCF app. As the game starts, they are given a coach-selected “bundle” of three plays to choose from.

They’re presented in typical play formation sketch, with all the idiosyncratic names football fans know, and each fan has 10 seconds to decide what the team’s offense should do next. Is it time for a slantand-go or a stick-hitch? Do you want a smash-through concept, a slant drag or an inside gap strong?

The game is free to play, and there are cash prizes into the tens of thousands of dollars. Fans are awarded points when they select what the coach wanted and when their play selection is successful, and fans who don’t pick with the majority are awarded points when the majority-chosen play results in a negative play, like a sack or an incompletion. At the end of the 10 seconds, the play is transmitted to offensive coordinators on the sideline and radioed into the huddle. From start to finish, the whole sequence until the huddle breaks takes 19 seconds.

Because YCF is a hybrid of fantasy, tech app, football and video game, it can be hard to define. For fans on the app, it’s a lowstakes but potentially high-payoff endeavor that allows them to feel personally invested in the game. For the YCF staff, it’s a patented technology that all professional sports leagues should be falling over themselves to license. For the players, primarily post-collegiate, sometimes-NFL guys, it’s another shot at getting called up. Every YCF player is provided with game film that is uploaded for the NFL, CFL, AAF and XFL to watch. Before the AAF suspended operations in early April, it had recruited seven YCF players in a week.

Lee is here, four years after he was injured at the height of his hugely promising senior season at James Madison University, to see whether he can make it after a failed stint in the CFL and a job stocking Nabisco products at grocery stores. Whether the fans or coaches are calling the offensive plays makes no difference to him, as long as he performs well. Besides, he’s played Madden. He knows the deal.

“You know, I’m tryin’ to get my spin move, circle move, get my juke move, the triangle while hopping over somebody,” he says, his face lighting up as he squats on the hotel carpet. “I’m just tryin’ to get it all.”