Nick Bosa Reveals The Pain Of His Unfinished OSU Business 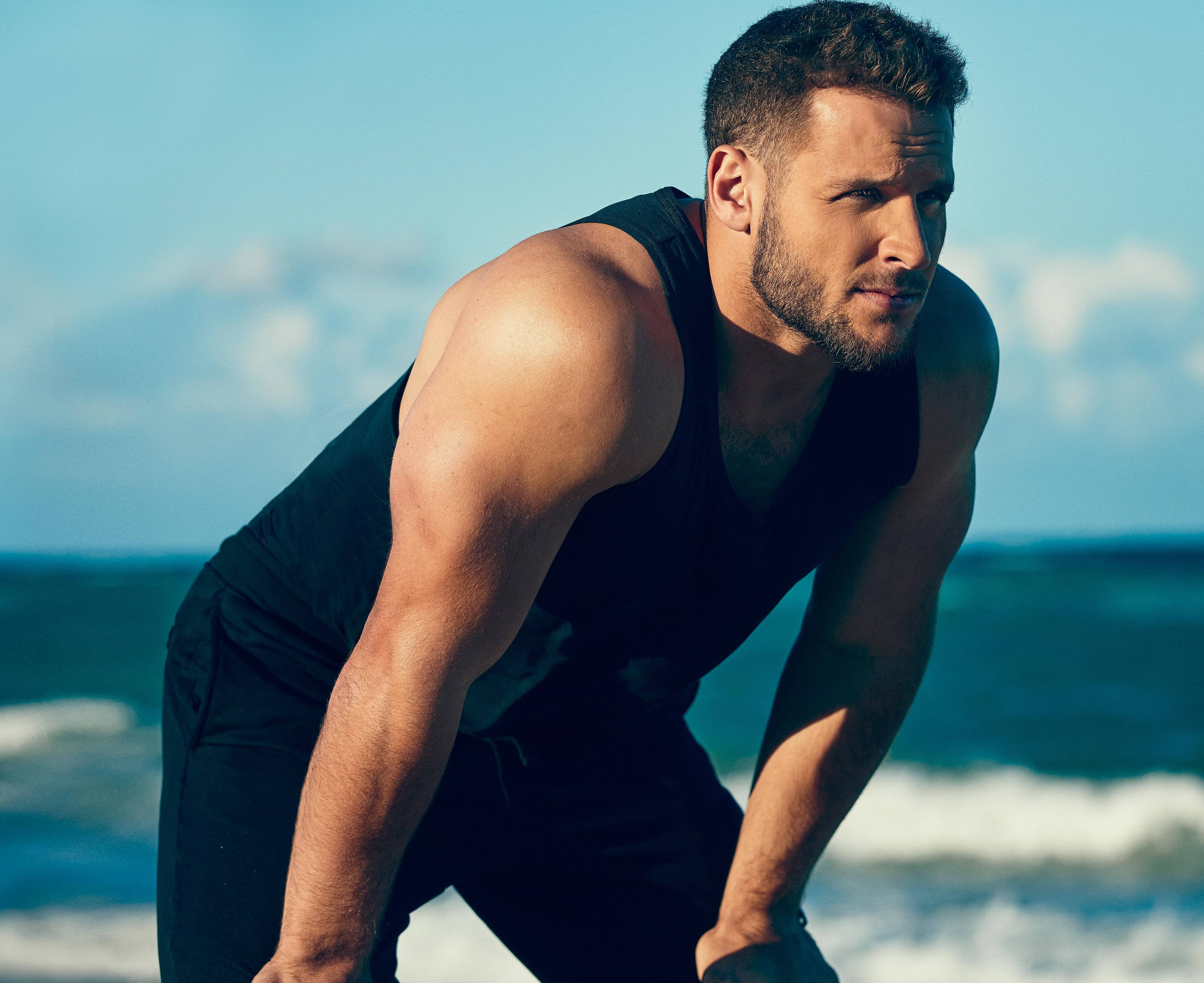 The NFL draft’s most disruptive force of nature reveals how painful it was to sit out last year—and how hungry he is to start sacking again.

Nick Bosa, who happens to be built like a baby rhinoceros, is chasing me.

I’m moving as fast as my 41-year-old legs can churn through the uneven sand. We’re on a private beach in South Florida, and there is a prop football in my hands, a detail that seems irrelevant at the moment because there is a hint of malice in Bosa’s eyes. It’s like a predator about to run down its prey.

In theory, Bosa is chasing me as part of a photo shoot for this magazine. Prior to this, we’d been tossing a football back and forth for 10 minutes, my creaky-but-capable dad arm lofting passes in the direction of his giant frame. But then, to spice things up, the photographer wondered if we might turn up the intensity a bit: How about Bosa comes flying at me and I’ll try to evade him, like I’m a helpless Big Ten quarterback and he’s, well, himself?

With a mixture of apprehension and adrenaline I agree, and now the chase begins (although calling it a chase is, at best, generous).

For the most part, Bosa has the temperament of a tiki bar happy hour regular—mellow, bemused and carefree. But the look on his face has me wondering whether his football instincts are about to override reason. 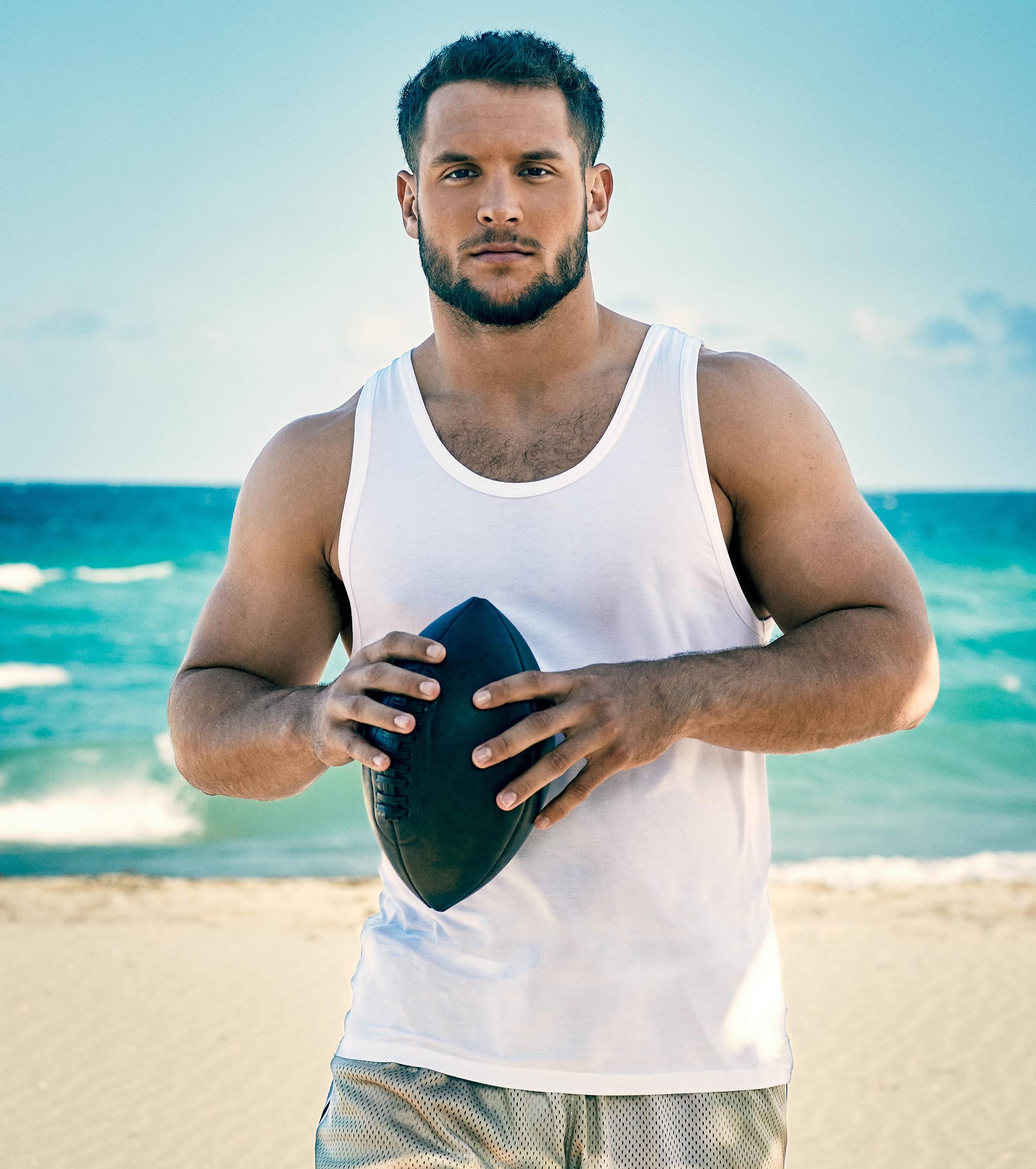 It’s been more than six months since Bosa knocked someone off his feet, laid him out like a human wrecking ball in a tangle of limbs and snot bubbles. He did it regularly at Ohio State before a painful core muscle injury last fall ended his junior year just as it was beginning. The Cardinals and 49ers, the teams with the first and second picks in the upcoming NFL draft, have spent the past several months examining whether Bosa has the right combination of speed, power and technique to be a game wrecker in the mold of Khalil Mack or Myles Garrett. All the while, Bosa’s been missing the hell out of the sport that he feels he was born to dominate.

As Bosa comes at me, I can hear his feet thudding through the sand, all 266 pounds of muscle and bone picking up speed, and a thought flashes through my head: Holy s---, I’m about to get pile-driven into a dune— and possibly two Wednesdays from now—by the NFL’s next great defensive end.

And then, right before the collision, Bosa pulls up. I stumble in the sand, limbs flailing in every direction, my body bracing for an impact that might have triggered my life insurance policy.

“I was actually thinking about tackling you there,” he says.

Despite his laconic Florida drawl, I can tell he’s serious by the expression on his face.

There is a fury inside Nick Bosa. And he is itching to unleash it again.

THERE HAS BEEN a trend in recent years in college football, and whether you hate it or love it, it’s not going away. Players are waking up to the reality that their bodies have substantial economic value. They no longer see their college careers and NFL careers as two separate chapters in their lives. They have decided it’s completely reasonable to protect their bodies once their earning potential becomes apparent, even if an actual payday hasn’t arrived.

It started with standouts like Leonard Fournette and Christian McCaffrey skipping meaningless bowl games to preserve their draft stock and guard against injury. Even though traditionalists howled their disappointment, even though fan bases decried their logic as selfish, the trend only grew from there. Last season the number of star players skipping the postseason to preserve their health grew to nearly 20. No one wanted to be Jake Butt, a Michigan tight end projected to be an early-round pick until he tore his ACL in the 2016 Orange Bowl, his final college game. He fell to the fifth round, losing millions in the process.

When Bosa withdrew from Ohio State last fall after his injury, the decision seemed—on the surface—like a logical and practical extension of that trend. 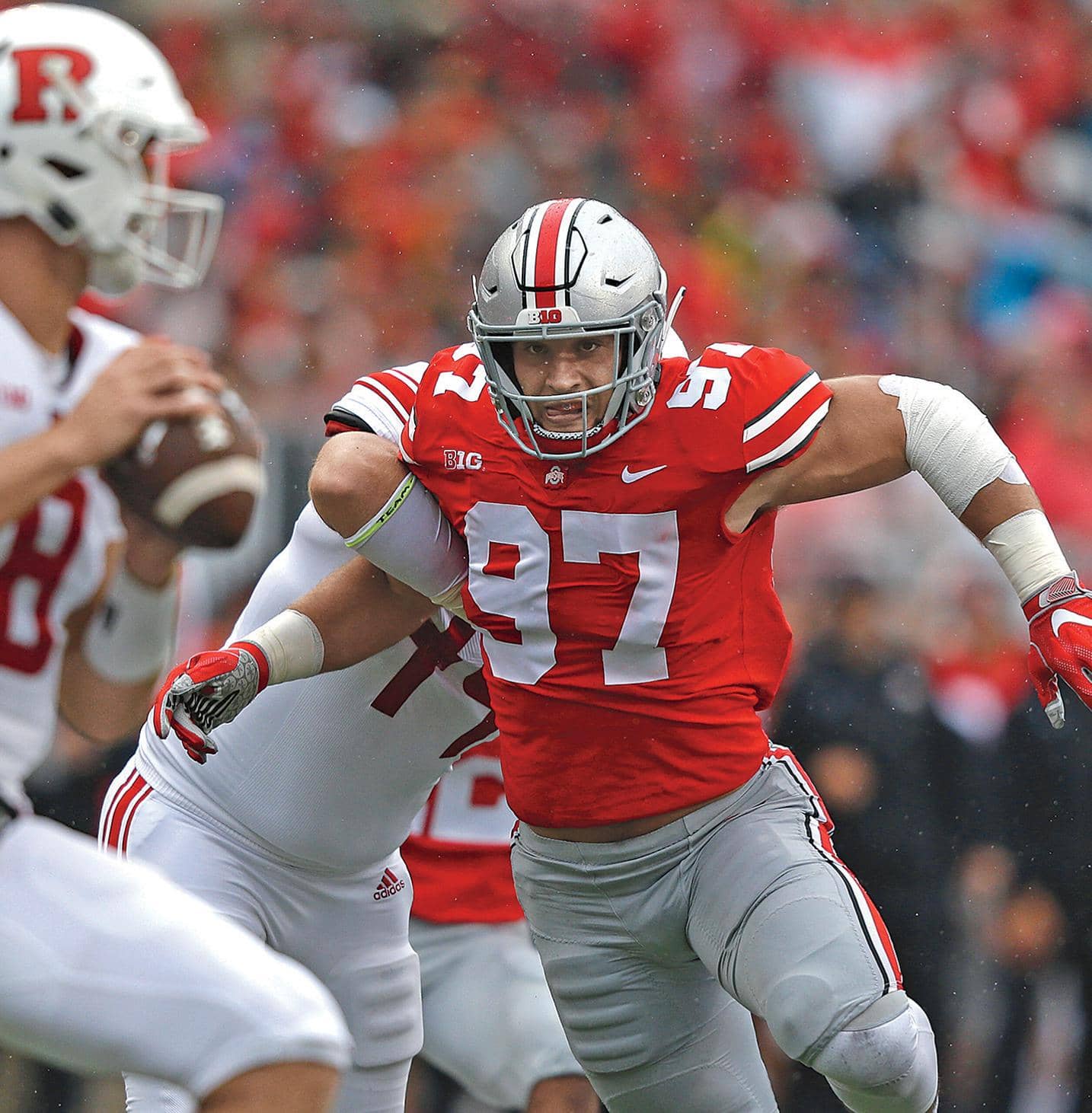 He’d begun his junior year at Ohio State with enormous expectations. After earning first-team All-Big Ten honors as a sophomore, he was convinced he was about to emerge as the most dominant defensive player in college football. He was going to rack up 20 sacks and help his team win a national championship. He had been bulking up in the weight room and honing his technique to the point where the game was starting to feel easy. Then, after one awkward stumble on a pass rush against TCU in Ohio State’s third game of the year, all those dreams were dead.

“It was the worst pain I’ve felt,” Bosa says. “It was like a couple of pops in my groin. I knew right away that it was really bad.”

The Cliffs Notes version of what happened next: Bosa had surgery and ultimately decided to withdraw from school. Fans and pundits—including many at ESPN— did not hold back their criticism. Former Florida quarterback Tim Tebow gushed over Bosa’s work ethic and character but said Bosa was “seeing dollar bills in front of him” and would one day regret missing out on the “once-in-a-lifetime opportunity” to potentially play for a CFP title.