'I Want To Make Her Proud' 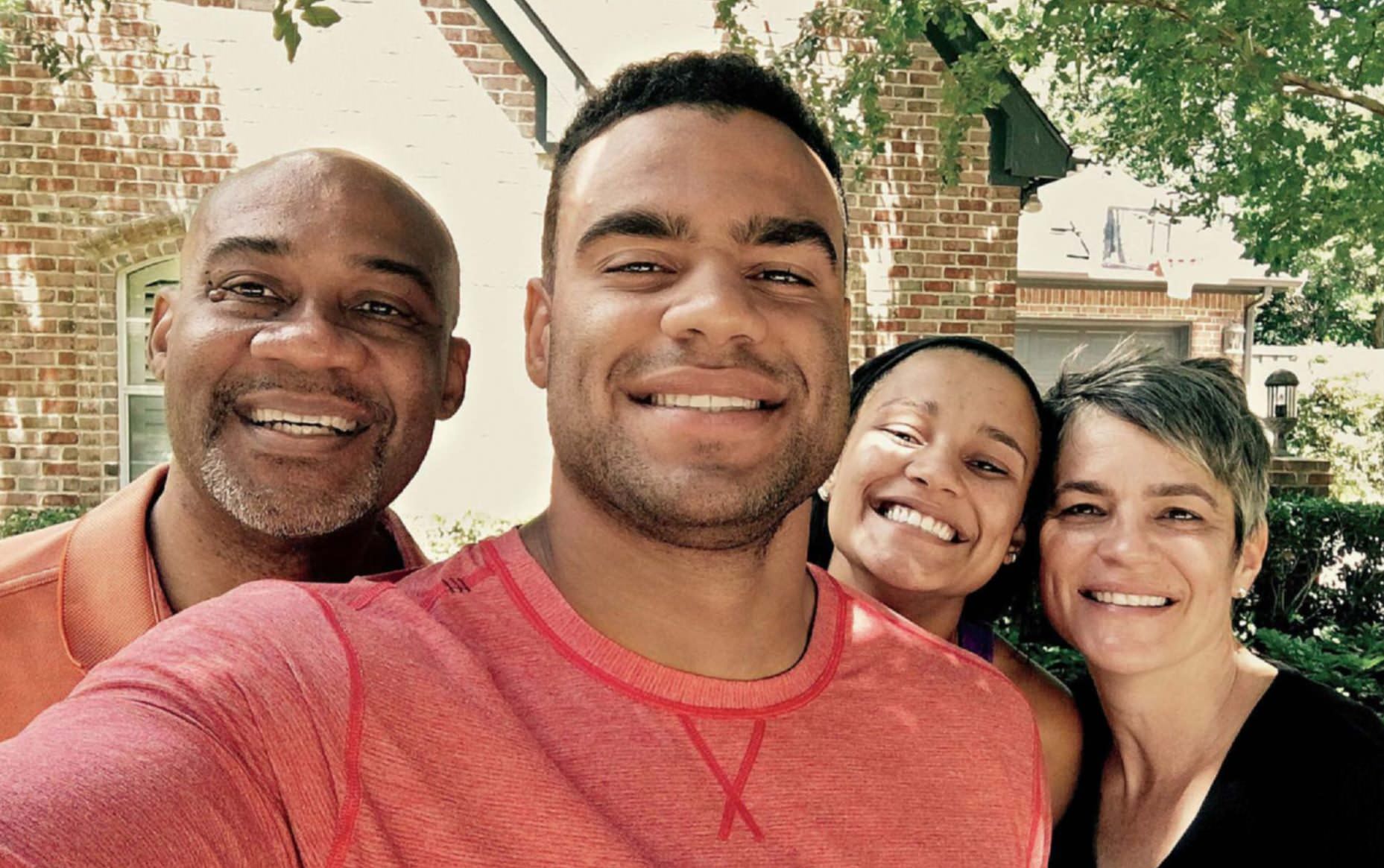 Devastated by the suicide of his older sister earlier this year, 49ers defensive end Solomon Thomas opens up about his lossÑand shares his newfound dedication to fighting America’s mental health crisis. —AS TOLD TO MOLLY KNIGHT

Ella was born in April of 1993, and I was born in August of ’95—and she let me know she was my big sister from day one. She came into the room after I was born and wanted me to play with her, but I was sleeping. So she got frustrated and started screaming “Twinkle, Twinkle, Little Star.” That was Ella. She was the light of my life from day one.

We were always close growing up. My dad’s job meant that we moved a lot—from Illinois to Australia to Connecticut then finally to Dallas, where we went to high school. Even though we were two years apart, she was three grades ahead of me in school. She was young for her grade, and I was old. Later, when I became a football player who people kind of knew, she was always known as Solomon’s sister. But for the one year we went to high school together, I was known as Ella’s little brother. I loved that. That’s how I always saw myself anyway—as Ella’s brother.

She was an athlete too, and she was strong and feisty and tall and beautiful. Nobody could mess with her. It always seemed like she could conquer anything … including her younger brother! By third grade, I was close to 200 pounds, but she could still get the best of me when we would wrestle and roughhouse. There’s a saying that you have to be a little mean to play football. I’m kind of a soft-spoken guy, so one day when I was at practice at Stanford, my D-line coach asked where I got my meanness. I stopped and thought for a minute, and told him that, honestly, I got beat up too many times by my sister! I don’t know that I’d be playing football without her. I certainly wouldn’t have been taken third in the draft in 2017. She was always the inspiration for my toughness.

At the same time, Ella had the biggest heart. She loved everyone. We went to San Francisco on vacation once and spent hours wandering around because Ella wanted to give a dollar to every homeless person she saw. She forgave every boy who broke her heart and every friend who did her wrong. On the day she took her own life, a police officer handed me her phone and told me that the last texts she sent before she died were to two friends struggling with depression. She was trying to help them.

Ella always had anxiety. She was constantly putting pressure on herself to do well, or maybe she was trying to impress somebody. When I was in eighth grade and Ella was in 11th, her best friend’s brother died from a drug overdose. I saw her go through it. I watched her grieve and go to a really dark place. It was a turning point for us. After that, she said, “I want us to take advantage of our relationship and be the best we can be to each other.” From that day on, we never bickered again.

Her anxiety got really bad when she went off to college in Arkansas. At first she was doing great. But by her sophomore year, in 2012, she was struggling in school. She was always very smart—it was never a question of that. She just started getting bad grades because she didn’t want to do the work.