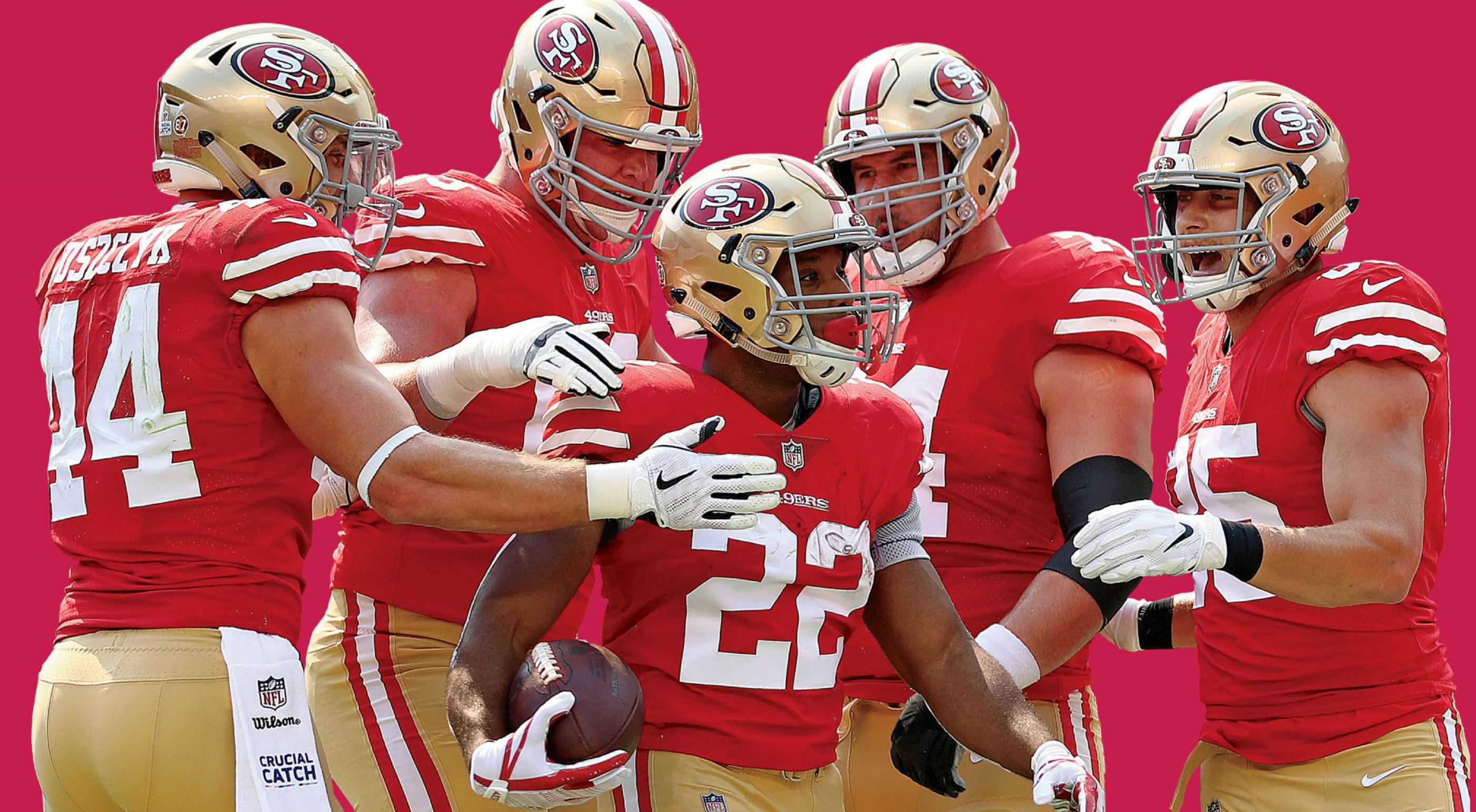 Matt Breida carries more than just the load for the Niners. He carries a devotion to family and work ethic that has made him a surprise—and grateful—star.

It’s 2011 in Hernando county, Florida, and Rob Kazmier is crafting impassioned, personalized pleas to college coaches on behalf of a running back who is south of 160 pounds and several inches shy of 6 feet.

“I don’t want this kid flying under the radar!!!” Kazmier writes one December day. “He is the whole package—great kid, great student.”

The notes are about Matt Breida, a record-setting junior at Nature Coast Technical High School, and they are largely met with indifference. Florida and Florida State aren’t interested. Neither is UCF or USF. SEC schools can’t be bothered. Kazmier, an assistant at Nature Coast at the time, keeps up the marketing. “People get stuck on the cookie-cutter size,” says Kazmier, now the head coach at a nearby high school. “Purdue … they never responded.”

Five years later, Kazmier looks especially prescient. Breida, now listed at 5-11, 190 pounds and built like a world-class sprinter, with a chiseled jaw and lean muscles, is one of the NFL’s leading rushers and biggest surprises in his second year with the 49ers. Through Week 9, he ranked third in rushing yards per carry (5.5) among players averaging 10 or more carries and was ninth in total rushing yards (531) despite being slowed by an ankle injury in recent weeks.

Breida is a bright spot in an otherwise lost year for the 49ers, who entered the fall with modest playoff hopes that were quickly extinguished when quarterback Jimmy Garoppolo—5–0 in five starts to close out 2017—went down with a season-ending knee injury in September.

Still, Breida will have a triumphant homecoming on Nov. 25, when the 49ers play at Tampa Bay. A couple of dozen family and friends are expected to be in the stands that day, a celebration of exceeded expectations. “I always felt I could play in the NFL,” Breida says. “I just needed the opportunity to prove it.”

He got that opportunity in no small part because of many of the same supporters who plan to be at Raymond James Stadium—perhaps none more than his parents. He gave them a purpose when he came into their lives, and despite their own hardships, they fought to help him thrive.

Now he’s driven to do the same for them.

MICHAEL AND TERRI Breida make the 40-minute drive on Sundays from their home in Spring Hill to a chain pub in Dade City where a group of 49ers fans watch their favorite team. That crowd has dwindled as the 49ers have fallen to the bottom of the standings. “There’s only a handful of us that still show up,” Terri says, laughing. “Us die-hards.”

These afternoons are personal affairs for them. Mike will wear a Breida 49ers jersey, either the red one or the black one. Terri’s hair—styled in a short bob—will be colored in the unmistakable 49ers scarlet. They’ll both wear lanyards with the team’s logo around their necks. Mike will carefully ease Terri in her wheelchair into the restaurant, hopefully maneuvering her to a spot near the TV and away from foot traffic.