You bet they're better 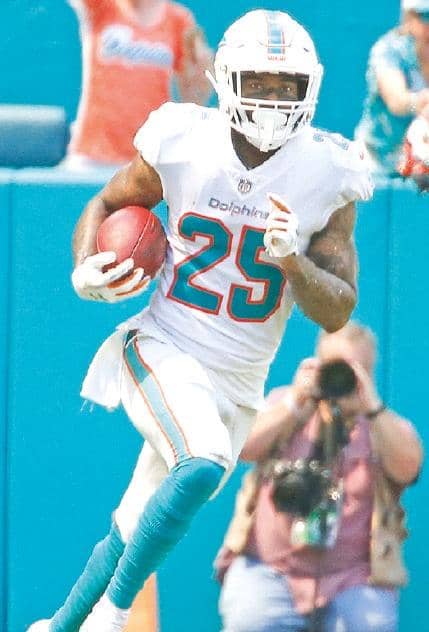 Oddsmakers are expecting another difficult season for the Dolphins, but there can be no arguing that this is a much more talented team

It’s absolutely impossible to look at what the Miami Dolphins have done since the start of 2020 and argue that this isn’t a much better roster than what we saw throughout 2019.

And much better might not be doing it justice.

There’s actually probably not one position where the Dolphins aren’t better after the acquisition of Tua Tagovailoa at quarterback; Jordan Howard and Matt Breida at running back; Ereck Flowers, Austin Jackson and Robert Hunt on the offensive line; Shaq Lawson, Emmanuel Ogbah and Raekwon Davis on the defensive line; Kyle Van Noy and Elandon Roberts at linebacker; and Byron Jones, Noah Igbinoghene and Brandon Jones in the secondary.

That’s 14 newcomers of significance, and that’s not even including special teams core players Clayton Fejedelem and Kamu Grugier-Hill, or center/guard Ted Karras or any third-day draft pick who could make a major contribution early.

It’s actually borderline remarkable how much the Dolphins have upgraded their roster in just four months.

And yet the Dolphins still aren’t getting any respect for what they’ve done in the offseason and what they could do in the 2020 regular season (assuming there is one, which is an entirely different column).

Just look at over/under totals around the league, and you’ll see the number assigned to the Dolphins at six.

Mind you, the idea of a betting line is to entice as many bets on one side as the other, so that means oddsmakers believe bettors are going to have to think long and hard about whether the Dolphins can top six wins in the 2020 season.

Seems a little hard to believe, really, considering the Dolphins finished 5-11 with a roster nowhere near as talented as the one that had been assembled through free agency and the draft.